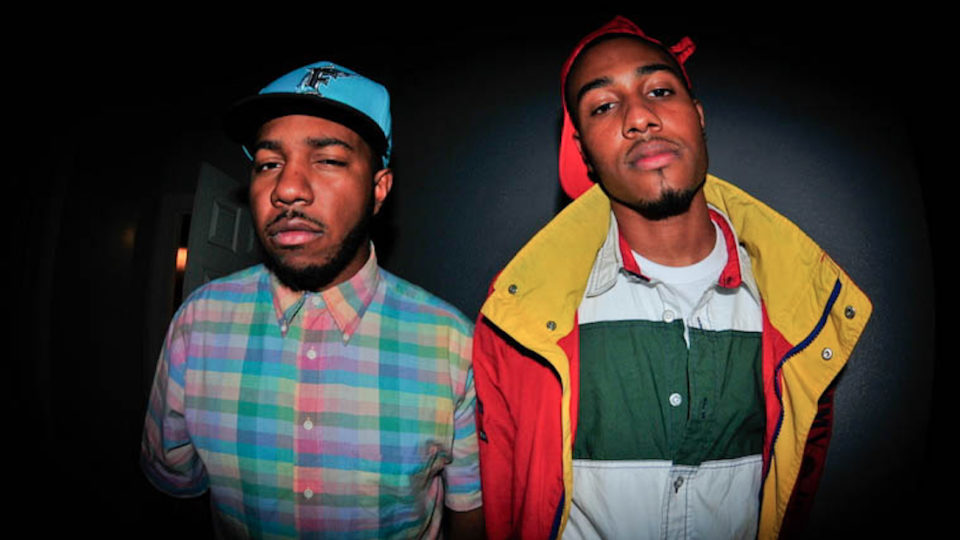 As a huge fan of Hip Hop and electronic music, I was beyond eager to attend a show at Blue Moose Tap House that included both genres. Now that I have I wish more shows were cross genre like this one.

When I first walked in the back of Blue Moose around 10 the crowd was nearly non existent, with just a few groups milling around the area. At 10:15, Owen Bones began. I was a little confused at first because Bones set up his stage in a way I had never seen from a DJ before. He had a screen placed in front of him that covered floor to ceiling, and displayed visuals of a man dancing and/or djing. At the beginning of his set he was only playing cliche hip hop and rap songs so I

wasn’t even sure if he had come on stage yet. It didn’t take long to figure out that he had, and that he would be remaining behind this screen for the entirety of his set.

Bone’s entire set consisted mainly of various popular hip hop and rap songs from Chance the Rapper’s “Mixtape” to Sage the Gemini’s “Gas Pedal” and Kendrick Lamar’s “M.A.A.D City”. While these are of course jams that the whole crowd can get down to, it seemed a bit boring to me. Bone’s did not play any of his own music until the last two songs of his set. He has a very differentiated, calm electronic that coupled very well with his visuals.

The Cool Kids took the stage at 11:10 and started the night with their song “Connect Four”. I couldn’t help but instantly notice their sense of fashion. Mikey Rocks was dressed in a half zip sweatshirt and blue jeans, while Chuck Inglish was wearing a black Death Row Records jacket coupled with gray sweatpants and a camouflage bucket hat. The casual fits matched well with their chill personalities and vibes they projected.

The Cool Kids were unbelievably skilled at interacting with the crowd, specifically Chuck Inglish. As a typical Iowa City show, majority of the conversation focused on beer and weed, according to Inglish “Iowa has the best weed” which brought a good laugh from the crowd. Inglish also shared several cans of beer with people in the front row who he “didn’t like seeing without a beer in their hand”.  I’m not sure if it was due to me being close to the stage, or due to their incredible personas but the set made you feel as if The Cool Kid’s were your friends and you were just there hanging out with them.

Among the many songs they played my favorites were their newest single “TV Dinner” and a single from 2016 “Running Man”.

Both members of The Cool Kids and Owen Bones are Chicago natives. I didn’t know this going into the show but once I discovered this it was an ‘ah that makes sense’ moment. I’ll always have a special place in my heart for Chicago native artists, especially ones that are in the hip hop scene. I have found that Chicago artists across the board bring a sound and passion that can only be formed in Chicago. Not to mention, Chicago artists always have a killer fashion sense.

I came into the night only knowing a few of The Cool Kid’s most popular tunes. Here it is the next day and I have already added many of their songs to my playlist. Overall, the show was great and I look forward to see where The Cool Kids go from here.

Want to hear these artist’s for yourself? Check out The Cool Kid’s Soundcloud and Owen Bone’s Soundcloud.