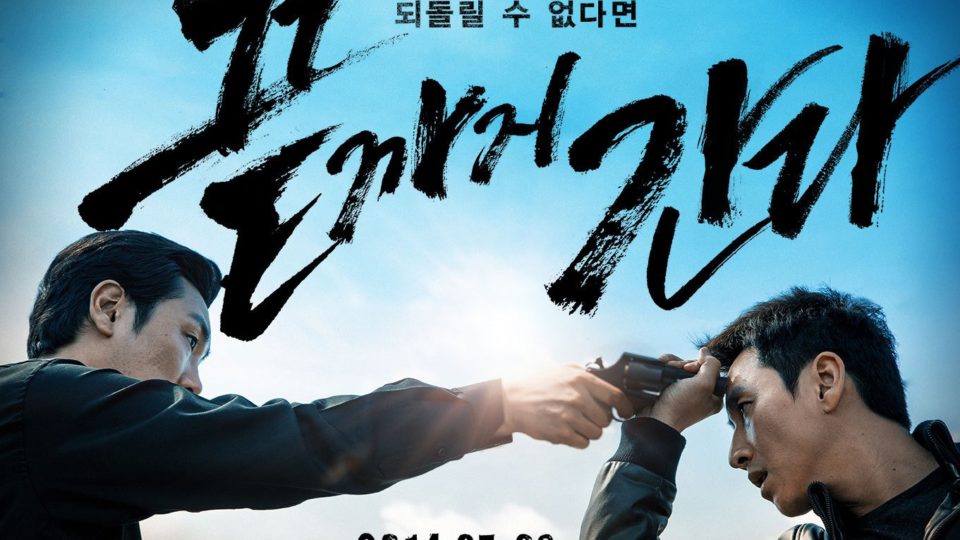 A Hard Day was recently shown on Tuesday November 3rd, by the University of Iowa’s Bijou Film Board. The film was part of Bijou Horizons, a film series put on by Bijou that offers University of Iowa students a chance to win a $1,500 scholarship towards studying abroad. All Bijou Horizon films are free for UI students, and the series focuses on modern foreign films that would otherwise be difficult for students to see.

If you’re a fan of action films, perhaps you ought to look outside of mainstream Hollywood for your adrenaline-pumping kicks. In fact, perhaps it’s time to look outside of Western cinema in general. Sure, there are the occasional great American action films; we’ve got our Mad Max‘s and our endless glut of superhero movies. But there are many rich traditions of action movies from outside the U.S., and in particular from Asian cinemas. Hong Kong, Japan, and now South Korea are all famous for their unique stylistic takes on the action genre, and many of these styles, and occasionally even entire film re-makes, can be seen influencing later American films.

A Hard Day, directed by Kim Seong-hun, is one of the latest critical darlings in a currently booming South Korean film industry. The film, which originally debuted at the 2014 Cannes Film Festival, deals with the increasingly wacky and dangerous situations that Detective Ko Gun-su finds himself as he becomes tangled in an intricate conspiracy of corruption. The film begins with Ko Gun-su racing to his mother’s funeral when he hits what appears to be a homeless man with his car. Driven nearly insane with the stress of his day, he decides to hide the man’s body in his trunk and dispose of it later.

Of course, this action is completely insane. And it is not the last moment in the movie that leaves audiences scratching their heads, wondering how the characters could be so stupid. However, the film’s focus isn’t on realism, it’s on action, and it asks the viewer to suspend their disbelief in order to be taken on a wild journey. Besides, we’re offered very limited time to reflect on the stupidity of the characters with the film’s break-neck pace. The vast majority of the film is constant action, moving throughout space and time from one fight or chase scene to the next. Even the brief quieter moments are often filled with suspense and dread, and any chance the audience gets to breath easy are often punctuated by startling twists in the story.

Another important aspect of the film is its humor. While many Western films might look to break up the action with cheap comedic relief, A Hard Day takes an entirely different route. Often times, the moments when the audience laughs the loudest are the moments when they are sitting on the edge of their seats. The humor isn’t found through dialogue, it’s built into the action itself. For example, after returning to the funeral, Ko Gun-su learns that his car may be searched as part of an investigation into his corruption as a detective. Left with no other choice, he is forced to drag the body of the homeless man through the vents of the funeral home, and smuggle it into the casket with his mother. It’s a perfect example of the film’s trademark dark humor.

The camera work is also one of the main strengths of the movie. There are many beautiful visual contrasts between the dark nights and the bright neon lights of the city. The editing is also excellent. Too often in Western action films, quick cuts are used to create a feeling of action, without ever letting the viewer actually see it. If we constantly jump our viewpoint around, we might feel the chaos of a fight scene, but we rarely get to see what’s really going on. In contrast, A Hard Day takes a much different approach, cutting less often and allowing the audience to see fights and chases unfold naturally. In one particularly impressive shot, we are shown an ariel long take as Ko Gun-su chases his target through a back alley and traffic congested streets.

All of this is to say, if you like action movies, you should definitely check this film out. It totally kicks ass. If you consider yourself a fan of the genre, but have never really explored anything outside of Hollywood, then you’re really missing out on some fantastic thrillers. And A Hard Day can be the perfect start down the rabbit hole of foreign action films.

Click here to see if A Hard Day is playing in a theater near you. It is also available for digital download through iTunes.