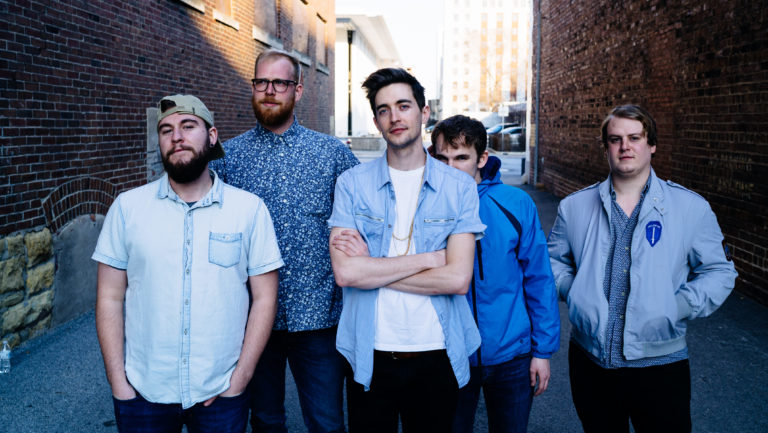 Local band Halfloves released a new album Dazer in late August of this year. After their self-titled debut album in 2016, this is the band’s second full-length release, and a thrilling brand of indie rock lies within the ten new tracks.

The five-man group has been a favorite of the Iowa City music scene for the past few years, especially after their 2019 Mission Creek Festival performance. Having made their debut album with renowned producer Brandon Darner— who previously worked with Imagine Dragons and The Envy Corps—it’s no surprise the band has recently gained popularity. They have received wide praise for their work, even called “the best currently active rock band in Iowa” by the Iowa Informer.

The first song of the album, “Out of the Dark,” pulls you into the mesmerizing world of Halfloves with a series of synthesized keyboard loops. The cyclical rhythm of this beginning is almost hypnotizing and indeed, does take the listener “out of the dark” to focus on the music.

“Small Hours” the next track, forges ahead with the synthesized sound. An echoey beat underscoring the somewhat simple melody. It’s reminiscent of 80s and 90s techno, with reverb and sound distortion playing a key role in the overall composition.

The lyrics of “Small Hours” also denote a perspective that is found throughout Dazer: “No destination, but I’ll know it when we arrive.” The entire album seems to follow a similar mentality of not having a path, but enjoying the journey. While a cohesive collection, each song breaks boundaries along the way, moving between genres and musical styles on the road to conclusion.

The album indulges in slower moments with “Undone” and “Quilted Hearts” which take an acoustic turn amidst their more electric surroundings. This unhurried portion of the album holds some extremely tender musical moments, and leads directly into the hit single of the album: “A Little Lie.”

“A Little Lie” was released earlier in the year as a single and quickly gained a following. It has been streamed on Spotify over 100,000 times, noticeably higher than any other song the band has released. On the song, an easy piano accompaniment supports lead singer Jeff Roalson as he sings of a love he keeps returning to, no matter how toxic: “Even if it lays me to waste, time and time again / I still need a little taste.” The pain behind the lyrics surfaces in the conclusion of the song, which bursts open the simple accompaniment into a reflection of the relationship falling apart.

One of the most dynamic songs of the album is its penultimate piece: “Dedication.” The slow and steady beat of the song builds as it moves forward. The simplicity of the chorus’ lyrics in repetition of the word “dedication” allows room for Roalson’s vocals to soar. Mid-song, we break from the easy tempo of the beginning into a frenzy of distorted guitars, that build more and more, creating a cacophony of reverb. “Dedication” reaches this auditory height only to return us to the calm of the song’s beginning, creating a satisfying journey for the listener.

Currently touring around the Midwest, Halfloves will return to perform in their hometown at The Mill on November 15 as part of a vinyl release party for their album featuring fellow Iowa City artists Younger and Purple Frank.