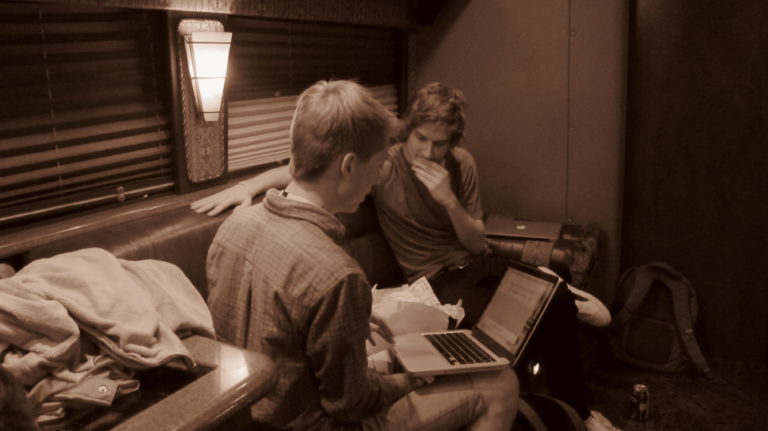 “I want people to see it, and I want to be able to do this for a living.” 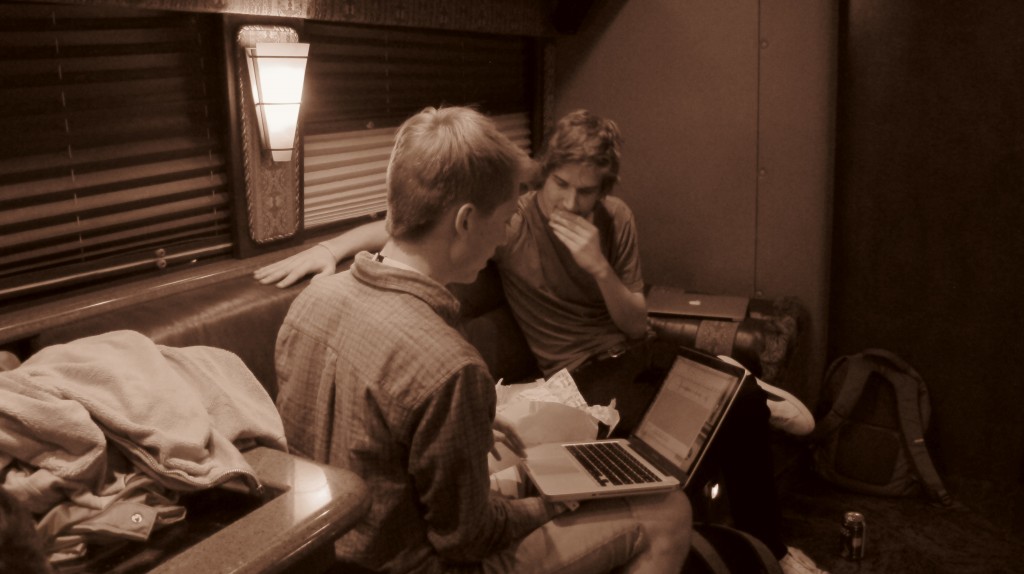 These words compose the simple goal of 22-year-old comedian Bo Burnham’s new comedy special “what.” The Boston native performed at the IMU Main Longue May 6 to promote his new tour, his MTV show (Zach Stone Is Gonna Be Famous), but mostly, to make people laugh. I talked to Bo about his musings on his multiple new comedic projects, his YouTube genesis, and how he hopes to make his content freely available.

E: What has changed for your show since you performed at The Englert Theatre last spring?

E: Last year you played “NERDS.” Is that going to be part of the album or special?

Bo: I’ll tag that on the end of the album. It’s not gonna be part of the special. I have a bunch of songs that I did there, and I’m just going to release them on the album for free. That was just something I did in my spare time for fun.

Bo: I really just went on that video of me and Conan, and that was the top comment with 50 thumbs up or whatever, so a lot of people had thought that and I had to respond.

But it was so weird because I was like “I’m not gonna post that stuff on YouTube. I didn’t because I thought you guys don’t want me to flood you guys with advertising, and I don’t want to do that.” MTV was pressuring me to do that.

But, I think no matter what you do, a certain amount of people are going to call you a sellout, somehow, you know. If I ever start trying to make a living on it (laughs).

E: Do you want to keep your YouTube channel separate from what you’re doing now?

Bo: It was a part of my life that, you know, I don’t want to try to recreate for no reason. Like, me in my bedroom, singing songs to a camera was a special thing that was at that time in my life. But I’m just not that kid. I like the format of it, but I want to be able to release things for free.

My parents sold that house and I’m just not the same person I was back then. I felt like that kid at the time. I felt like a kid in his bedroom and the only way to talk to people was through that.

And that’s what YouTube’s become, it’s become like a lot of vloggers capitalizing on this sort of like “My fans, I love my fans, hey guys.” I’ve grown up and kind of been disgusted by that. I think it’s using people, I think it’s like encouraging something that’s unhealthy, telling people you love them. “I love you.” Oh really, you love your fans? You love the people that give you money and attention? Of course you do, that’s not selfless that you love your fans, that’s ridiculous.

E: What do you think about YouTube’s announcement that they’re going to offer paid subscriptions for channels?

Bo:  Yeah, unbelievable. The thing is, I was on YouTube like the golden era, I think. Before ads came in, it was really cool back then.

I want to make a return to YouTube, I’m trying to self-fund this next special so I can post it online for free.

E: And what is the process for that?

E: Have you drawn ideas from comedians like Louis C.K. who sell their specials on line for really frugal prices?

Bo: Yeah, but I just want to maybe go one step further and just give it away.

E: What TV shows, if any, did you take inspiration from for Zach Stone?

Bo: British Office, the American Office for sure. The Comeback, which is a Lisa Kudrow (“Phoebe” from Friends) show.

Bo: That what was the best part about it; it was such a learning experience. It was amazing.

And it’s completely me, I can’t ever say “MTV made me do this.” People are gonna think that MTV censored me, and they really didn’t. I really wanted to try to make a show that didn’t rely on offensive, edgy material because I think it was an exercise in trying to write without that. Because I see that as a crutch sometimes and I want to know that I can do something funny and worthwhile without that. And also make a show that my parents would like and that kids could watch with their parents.

People thought that [MTV] was like my third choice. MTV was absolutely my first choice. I thought, this is a show that makes fun of kids trying to be famous, it can only be on MTV. As opposed to Comedy Central. I didn’t wanna do a show on Comedy Central where it’s like “The Bo Show” and it’s like me being myself.

When people are saying, like, “Zach’s so annoying” I’m like, yeah. That’s sort of the point of him.

E: You did an AMA on Reddit last week.

It’s like super funny. It’s one of the only places I really laugh nowadays, you know? I laugh a little at television and movies but Reddit is the place where I laugh the most.

E: You released “Nerds” through SoundCloud for free. Do you see yourself doing more things like this?

Bo: If I have enough money to support myself, I’ll just give stuff away. I just, I want people to see it and I want to be able to do this for a living, you know what I mean? So it’s just a balance. If I’m not doing well for five years, then I’m selling stuff, but if I’m doing well and I can afford to give stuff away, I’ll always do that.

E: You have a poetry book coming out. How did that come about?

Bo: Just for six months straight I just went to a coffee shop everyday and I just wrote poems because I just wanted to do this thing. A little bit of a problem is I like to try mix things up and do something different, so I hope it’s something people like. You know, it’s weird and it’s out there and it’s not just like “dirty poems” you know what I mean?

It’s just sort of been kind of finished and now we’re just tweaking it. It’ll be out in the fall I think.

E: What’s the best experience you’ve had in the past year?

Bo: If I’m being cheesy, when my mother said she loved me. If I’m being real, it’s like…X-rated (laughs) no. Fuck, I don’t know man. It’s very simple. It’s probably like, my sister’s wedding.

Bo: My sister’s wedding (laughs). I don’t know, man. The release of the show has been stressful. I wouldn’t ever say “worse” or “bad” but I haven’t been this stressed in a while.

E: Dumb question, but how important is creative control?

Like the interview? Check out the review by KRUI.fm Editor-In-Chief Alex Restrepo

For Eric’s interview with Bo from last year, click here.