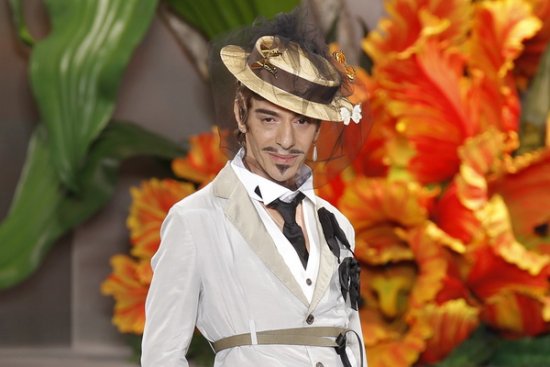 Three of the most well respected fashion houses in the business had a changing of the guard recently. Nina Ricci, Oscar de la Renta, & Maison Martin Margiela all landed new creative directors since the conclusion of Paris Fashion Week in early October.

On Tuesday October 7, Guillaume Henry was welcomed to the Nina Ricci family as the successor to Peter Copping. Best known for his role in Carven’s ready-to-wear line for almost six years, the French born stylist will bring his impressive track record (which includes the nod of approval from Anna Wintour) to the reconstruction of an already well established couture line. Henry did his formal training at Institut Français de la Mode, and worked on a design team that presented an anonymous collection at Givenchy that preceded Riccardo Tisci’s appointment to the house in 2005. So where does this leave Peter Copping?

Last Monday, Alex Bolen, chief executive for Oscar de la Renta, announced that Copping will be taking over as creative director for all the label’s endeavors. These include ready-to-wear, accessories, bridal and home décor. Copping’s work at Nina Ricci—an incredibly feminine driven house—will translate well to a brand whose backbone consists of elaborate gowns and evening wear.

This news must come as great relief to the 82-year-old, de la Renta, due to a history ridden with difficult transition between artists. Most recently in 2013 John Galliano unsuccessfully led a month long campaign at de la Renta. Copping seems to be a much better fit seeing as his artistic vision aligns with a more classic style, while Galliano is known for the dramatic. An attribute that makes Galliano a perfect fit for Margiela.

After much speculation it was officially announced on October 6 that Galliano, the former Dior designer, was in fact returning to the industry as creative director for Maison Martin Margiela. A move that is much more fitting for Galliano’s flamboyant personalty and artistic style.

The house behind Kanye West’s arsenal of diamond encrusted performance masks and mysteriously transparent studios just became exponentially more illustrious. During his 15 years at Dior, Galliano’s shows became the most anticipated spectacle of fashion week. While Margiela shows have been performances in themselves, the combination of the label’s theatrics and Galliano’s larger-than-life personality will surely make the Margiela runway ticket a hot commodity come Fashion Week in February.

With these three major changes happening in such a short period of time, it will be interesting to see how these decisions pan out in the long run. With Henry’s first leadership experience at a world-renowned house, Copping’s relocation, and Galliano’s inexplicable talent to attract attention, one thing is for sure, February will be entertaining.