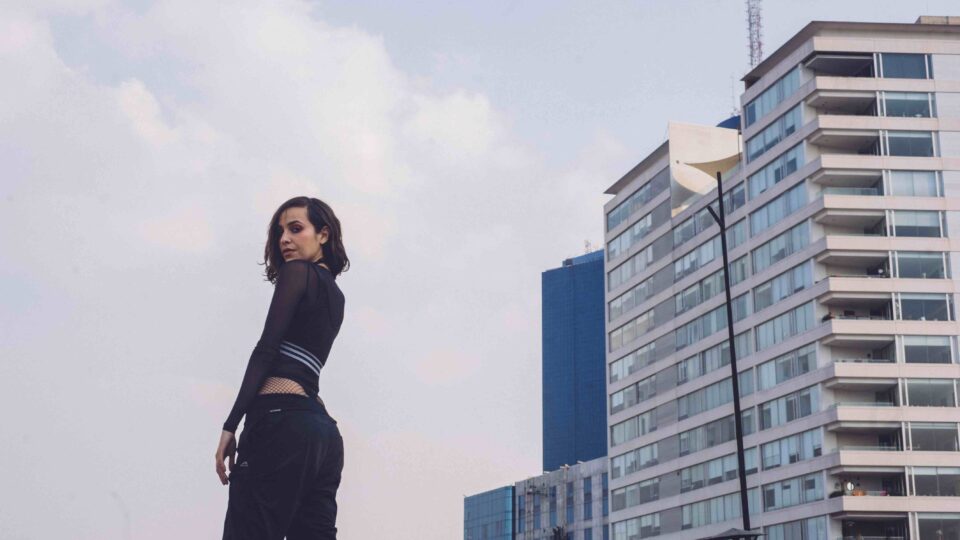 The show sounded much like the planets in our solar system. DEBIT’s musical primordial soup demonstrated uncommon patience, like she was constantly fine-tuning her sound. She infused herself into the performance, breathing life into the speakers.

Her use of a special synthesizer known as “The Pipe” was particularly compelling. An instrument that functions by receiving incoming air and emitting synthesized tones, “The Pipe” is part vocoder, talk box, and kazoo all rolled into one. The results are unique sounds that command the audience’s attention.

The planetary music likened DEBIT’s performance to the Book of Genesis. The layered, droning, tonal weave reminded the audience that nobody had ever heard these exact sounds before, nor would they ever be heard again.

Like many creation stories, the purpose was not entertainment, but education. And with any good teacher, DEBIT was not the night’s subject. There were no crazy stage lights to claim our attention, no gaudy outfits, no other distractions. She drew all focus to her art. And for me, she was willing to give five minutes for an interview after the show.

I hung around afterwards, eavesdropping on her conversation with the theater crew. I learned that the crackling noises, which probably appeared intentional to most of the audience, were the reason the show ended early. DEBIT, who is currently on tour and departing for Europe soon, explained that “the challenge of electronic music is technical.”

The unintended feedback is just one of many technical issues that electronic artists have to deal with. But she embraces the challenge, saying that she enjoys “adding to the medium, and with experimentation comes risk.” She seeks catharsis for her audience, something that technical difficulties make difficult to achieve.

I asked her what she says to people who question whether her art is music. She smiled and said she hopes her art “encourages the question of what music is.” She spoke of her pride for the electronic genre and its acceptance into the cultural conscience as music. “Frequency creates tonality, which creates music, and at that point anything is up for grabs.”

Finally, I asked her what she hopes her audience takes away from her work. Without hesitating, she dove into what it means to be human and discovering “something fundamental to the human element, which everyone can relate to.” Her words leaned towards “cosmogony”: stories that explain creation in order to show how we relate to one another.

In speaking with her, I sensed wisdom beyond her years; an ancient soul who spoke eloquently and with authority. She is clearly a student of music and, through her vocation, has become a teacher. Her thirty-five minute lesson taught me that music’s capacity for inspiration (and dare I say catharsis) lies not in words nor sounds, but rather in the innate ability to reveal thoughts and emotions we did not know we had.