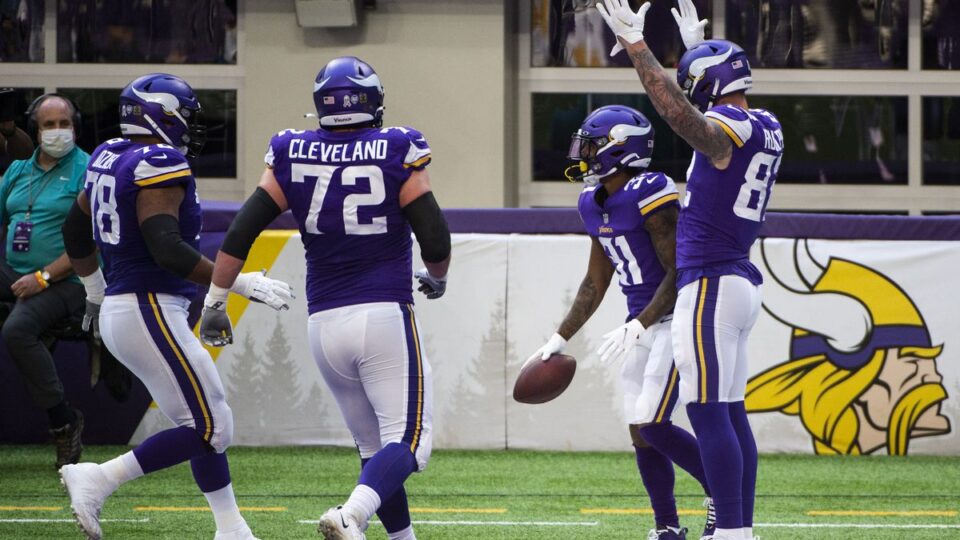 With Week 13 in the rearview mirror, we are already ¾ of the way through the NFL regular season. Miraculously, each team in the NFC is within 2 games of a playoff spot. With so much left to be decided and so little time to decide it, the regular season is no doubt headed for a fantastic finish.

At this point, everyone has a pretty good feel for each team’s strengths and weaknesses. If the run defense hasn’t been fixed by now, it probably never will be – unless of course, Santa comes early. Given that we are approaching the holiday season, I figured it would be a good time to imagine what’s at the top of each team’s Christmas list.

A Clean Slate – Well, they had a good start. Unfortunately for Chicagoans, since October 19th, the Bears join the lowly Jets and Jaguars as the only teams without a win. And it’s been ugly. The quarterback position is a dumpster fire, the defense looks like it’s quit over the past two weeks, and Matt Nagy hasn’t had an answer to stop the freefall.

At this point, it’s clear the Bears are nowhere near where they need to be a contender. If the Bears can’t show any signs of life over the next four weeks, and there’s no reason to think they will, the team might have to clean house. New quarterback, new coach, new general manager, new water boy – new everything. Time for a fresh start.

A Playoff Spot – In my last NFC North update, the Vikings were sitting at 2-5, and I had all but dismissed their playoff chances. Four weeks later and this team just won’t go away. After clawing out wins against the Panthers and Jaguars in the last two weeks, the Vikings find themselves 6-6 and currently sitting in the last Wild Card spot.

Minnesota has a difficult remaining schedule featuring games against the Buccaneers and Saints. It’s still going to be an uphill climb for them to secure a spot in the postseason, but sometimes a chance is all you can ask for – and the Vikings have a chance.

Home Field Advantage – At 9-3, it isn’t a matter of if Green Bay will make the playoffs, but a matter of what seed they will be. In Aaron Rodgers’ career as a starter, the Packers have a 1-3 record in their four NFC Conference Championship appearances. What did all of those games have in common? None were played in Green Bay. In fact, the Packers have only had the #1 seed once in Rodgers’ career (2011). One can only wonder how some of those games would’ve gone if they were played at Lambeau.

Considering this is a relatively weak year for the NFC, the Packers have a golden chance to make a Super Bowl run. Their biggest threat may be the 10-2 Saints who are currently positioned to have the #1 seed. Although Green Bay has already won in New Orleans this year, playing a dome team and an aging Drew Brees on the frozen tundra would provide a significant advantage in what could very well be the game that determines who will go to the Super Bowl.

Competence – Following their annual Thanksgiving loss, Lions owner Sheila Ford Hamp decided she had seen enough and pulled the plug on head coach Matt Patricia and general manager Bob Quinn. Hardly a stranger to managerial instability, this will be the 7th time since 2000 that Detroit is in the market for a new head coach.

For good reason, many Lions fans have lost faith in the team’s ownership, and calls for the Ford’s to sell the team have grown louder and louder. With no trust in the current owner to make a good hire, a group of Michigan state legislators actually wrote and sent a letter to Sheila Ford Hamp imploring her to make 49ers defensive coordinator Robert Saleh the Lions’ next head coach. This is what it’s come to in Detroit. I’m not sure even Santa could solve this one.