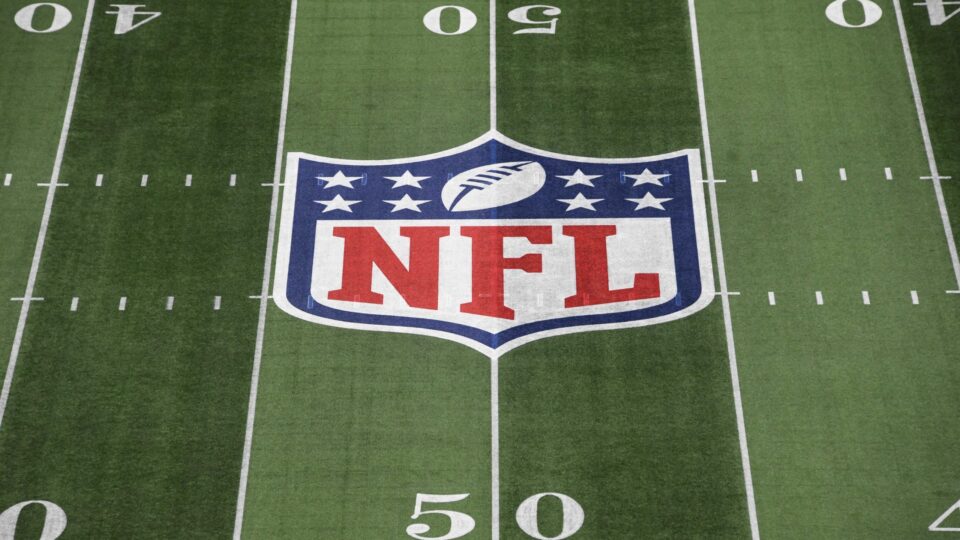 And just like that, we’re already a quarter of the way through the NFL regular season.

With no preseason, a lot of fans wondered how the games would look in the early weeks. Would teams start sloppy? What effect would limited fan seating have? How would the rookies fare without the traditional amount of preparation?

For the most part, everything has been largely the same. Offenses are clicking, breakout stars are being born, and the Jets still suck. Sure, it’s weird to see Lambeau Field empty, and Mike Zimmer doesn’t look quite right with a face shield, but once the camera focuses in on the field and the center snaps the ball, it’s easy to forget that we’re in the midst of a pandemic.

In a year of uncertainty, it is important to remember to focus on the brightside. But as all football fans know (some better than others), the NFL is not all sunshine and rainbows. Alas, every team has a frightside – an unpleasant, uncomfortable cause for concern that for 31 teams cannot be avoided.

Without further ado, here are my 1st quarter performance reviews for the teams in the NFC North.

The Brightside: The Bears are 3-1. While it hasn’t been pretty bears fans should be counting their lucky stars that they’re 3-1, as a team’s record is ultimately the only stat that matters in the NFL. Cowboys fans would give anything to win 3 ugly games right about now.

After a little more than 3 years, it appears the Mitch Trubisky era is over in Chicago. Midway through their Week 3 game in Atlanta, Head Coach Matt Nagy pulled Trubisky in favor of former Super Bowl MVP Nick Foles who went on energize the Chicago offense and lead an improbable 16-point comeback. While Foles followed his heroic performance up with an absolute dud against the Colts, I think Bears fans have seen enough to know that Mitch Trubisky is not their answer at quarterback. I would rather take my chances with a hot-n-cold slinger like Foles.

The Frightside: They just haven’t played well. Outside of the 4th quarter in Detroit and Nick Foles’ spark against Atlanta, the offense has been miserable. The kicking game is still unreliable. Perhaps most disappointingly, the Bears’ defense hasn’t been the overwhelming force its been in past years.

It’s also impossible to deny that the Bears have had some luck on their side this year. They could easily be 1-3 or 0-4. It took a miraculous 17-point 4th quarter comeback and wide-open drop in the endzone by D’Andre Swift to beat the Lions. In the following week, the Giants had the ball at the 10 yard line with a chance to win the game right at the end. And in Week 3, the Falcons comically blew a 16-point lead with 7 minutes left. The Bears have had the good fortune of starting the season with a very weak schedule. By the eye test, this is not a 3-1 team. If the offense doesn’t improve soon, Chicago could quickly find their season in a downward spiral.

Key Stat: The Bears are currently averaging 9 points in the first half.

The Brightside: Their uniforms look great. When thinking about areas where the Detroit Lions have improved in the past few years, team uniforms are the first thing that comes to mind. Very aesthetically pleasing.

However, looking for actual football positives is difficult. It appears the Lions are headed for an offseason of immense change. Head Coach Matt Patricia is a dead man walking and the Lions are likely to have a very high draft pick. With change comes hope. The Lions are still at least year or two away from competing in the NFC North, and the focus right now should be on taking care of the future. Hopefully, number 3 overall pick Jeff Okudah and D’Andre Swift can continue to show improvement over the course of the season.

The Frightside: I could’ve written an entire article on this section alone. Unfortunately for Lions fans, these have been the same old Lions. That means blown leads, dropped passes, swiss cheese defense, and immeasurable disappointment. Right when you think they’ve hit rock bottom they find a new low.

While Matthew Stafford hasn’t been the problem, the Lions have failed to build a team around him for the past 10 years. As the soon to be 33-year old Georgia product moves past the prime of his career, it’s hard to imagine a scenario where the Lions become contenders with him at the helm. It might soon be time for the Lions to part ways with the former #1 pick and truly start fresh.

The Brightside: After a 13-3 season last year, a lot of people, myself included, thought the Packers would take a step back in 2020. Boy, were we wrong. Watching the Packers play offense is like watching a steak knife go through warm butter. There’s just no stopping it. Through the first four games, the Packers were averaging a league-leading 38 points per game. Even with a decimated receiving corps, Aaron Rodgers is still playing some of the best football of his career.

Part of Rodgers’ success can be attributed to the fact that this is the best backfield Green Bay has had in his tenure. The Packers currently have the 4th most rushing yards in the NFL, primarily powered by the shifty and explosive Aaron Jones who trails only Dalvin Cook for the league lead in rushing. While Rodgers and Jones receive much of the credit for the offense’s success, it would be a mistake not to mention the offensive line. Allowing only 3 sacks so far, the Packers’ offensive line has been as good as any this year. As a result, Green Bay is the only team in the league to rank top 5 in both passing and rushing yards.

Seeing as the NFC North appears to be one of the weaker divisions this year, the Packers are extremely well-positioned to win the division title and compete for the number one seed in the conference. This might be Aaron Rodgers’ best last chance to get to another Super Bowl. Enjoy the ride, Packers fans.

The Frightside: It can’t get much better than this. At some point, the offense will come back to Earth. Aside from a game in New Orleans against a Saints team that struggled out of the gate, the Packers have played a relatively weak schedule. It is yet to be seen how Green Bay stacks up against the NFL’s top class. Last year, they were manhandled by the 49ers twice, and the two teams will meet again in San Francisco on November 5th. Before that highly-anticipated showdown, the Packers will have a chance to prove themselves in Tampa against Brady and the new-look Bucs. While the Packers are currently flying high, losses against these two teams might mean another year of a Green Bay team that’s good but not good enough.

Key Stat: The Packers have scored in every quarter this season.

The Brightside: Seven teams make the playoffs this year. While the Vikings certainly haven’t gotten off to the start they wanted, once September ended the team woke up and secured a critical win against Houston that should provide hope that the season isn’t dead yet. Dalvin Cook is a stud. Kirk Cousins has been to the playoffs before. Mike Zimmer has historically been a good coach. It’s not like the Vikings are a perennially underperforming regular-season team. Given the newly expanded playoff structure and the fact that the NFC as a conference is relatively weak this year, I’m not counting the Vikings out just yet.

The Frightside: Frankly, the Vikings have been one of the league’s biggest disappointments. Considered by many to be preseason NFC North favorites, the Vikings came out of the gate looking sluggish and mentally unprepared. Embarrassingly, Kirk Cousins somehow managed to get sacked for a safety in each of the first two games.

Probably the most concerning aspect of this year’s Vikings is their defense. For the past several years, Minnesota has had a stout, aggressive defense with talent at all three levels. However, this offseason they lost several key players including Everson Griffen, Linval Joseph, Trae Waynes, Mackensie Alexander, and Xavier Rhodes (not to mention Stefon Diggs on offense). The result? A young, inexperienced secondary that has struggled and a defense that has allowed the 4th most yards per game. If the Vikings are going to right the ship, their defense needs to improve.

Key Stat: Through 4 games, Kirk Cousins has thrown 6 interceptions. He threw 6 all of last year.