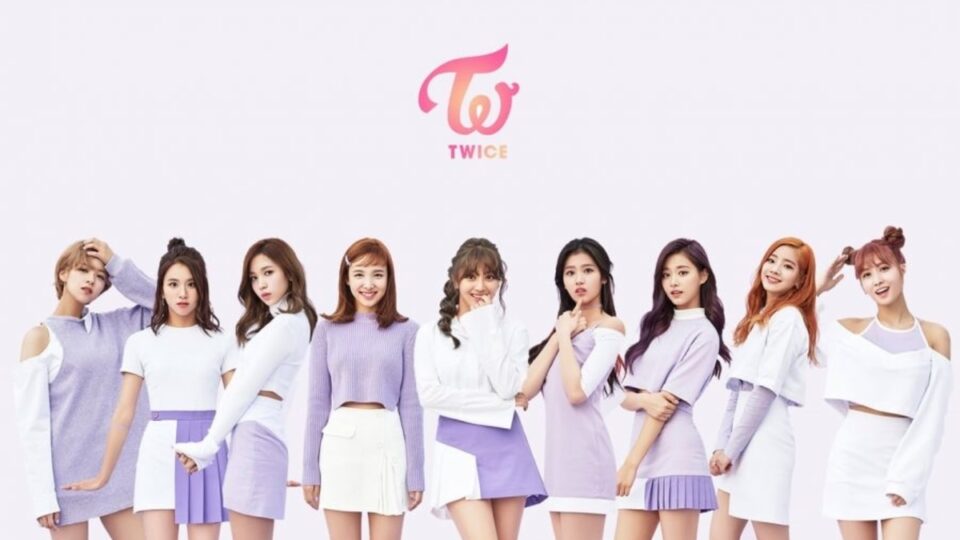 With Girls’ Generation’s career pretty much over, a slew of girl groups have debuted in the years elapsed, hoping to get a piece of the action. However, I think it’s safe to say that TWICE has the undisputed top spot at the moment. Formed in 2015 through the survival show* Sixteen, the nine members have had a steady rise to success ever since. For the majority of their career, TWICE has played the role of bubblegum pop sensations, but recently they’ve really begun to experiment with their sound, bringing some darkness and theatricality into the mix.

As always, I’ll be looking at the five songs I think best describe TWICE as a group. However, as of now, no soloists or subunits have officially been formed. So instead of delving into those at the end, this will be a double feature and I’ll give my opinion on the duo 15&, formerly under the same company of TWICE (though since disbanded).

Enough with the intros! Let’s find out why Once (that’s the fandom name if you were wondering) fell in love with TWICE!

5: While TWICE has played it safe in their song production since the beginning, 2017’s Signal was the first inclination that the girls had more up their sleeves. This song is classic bubblegum bass, full of rubber basslines and hyperactive synth chords that keep you entertained throughout. None of this detracts from the group’s performance either, as the vocals and MV show!

4: I consider Dance the Night Away as the link between TWICE’s lighter, earlier material and their more recent mature offerings. It has the trappings of a tropical house song, but the brass beats and syncopated bass makes it so much more than that, and into a song that lives up to its name.

3: Fancy was the group’s first full-fledged stab into more mature territory and they knocked it out of the park. The vocals are less chipper and summery and exude a more heartfelt feeling than previous songs while keeping the upbeat sound that made them famous. It’s a more subdued affair with little production wizardry a song that stands on TWICE’s vocals, which never disappoints.

2: 2016’s TT is the song that rocketed them into the mainstream, staying at the top of the charts for a month straight. It’s a very retro song, mixing disco and house with the girls’ vocals staying at the forefront and keeping the poopy tempo throughout. This is the song you need to hear as it’s the style they’re most famous for.

1: While TT might be the song that defines TWICE’s sound, Likey is clearly the better track. With its airy melody and synth background, Likey set the stage for the current wave of girl groups and is a must-listen if you’re planning on a deeper dive into the genre.

Honorable Mentions: Feel Special, Cheer Up, What is Love

Like Twice, 15& was formed through a reality show. The duo of Park Ji-min and Baek Ye-rin always had a more sophisticated undertone to their R&B sound. It became especially noticeable after the group disbanded in 2015 and the two embarked on their solo careers. Oh My God, off their only album, is a classic 90s R&B track, Rain & Cry is a solid pop ballad, and  Somebody reigns in a class of its own as the duo’s voices reach for the heavens and the synth keeps the song driving forward.

JAMIE: Park Ji-min’s solo career took off in 2016 with her debut EP 19to20. B-side Young해 (20) is the standout, a nu-disco track that knows when to explode into a great chorus. But her true masterpiece came with her next outing, 2018’s jiminxjamie that featured the 1-2 punch of April Fools (0401) and Pick Up the Phone. The former is a very laid back R&B song, but PUTP is an audible wonderland, guest rappers coming and going, rhythms starting and stopping, and Jimin’s voice as the glue holding it all together.

YERIN BAEK: Baek Ye-rin is my favorite out of the duo. Preferring to go after a softer sound with her solo releases. Bye Bye My Blue is a soft jazz-tinged number, the piano, lo-fi beats and Yerin’s voice bringing a cozy vibe that’s perfect on a cold winter night. Her holiday singles Love You on Christmas and November Song continue in the same vein with the latter song foreshadowing her decision to start using more English in her songs. Her last comeback, 2019’s Every letter I sent you. takes a retro trip through 70s and 80s love songs and updating them for a modern audience with Popo (How Deep Is Our Love?) taking the number one spot, its saccharine strings and backing band giving off a calming atmosphere.

Unlike the previous groups I reviewed, TWICE is still making music and performing in South Korea. Their latest comeback, the synthwave track I Can’t Stop Me was released just last month, so if you’re interested go check it out! As for next time, we’ll be taking a look at TWICE’s brother group GOT7!