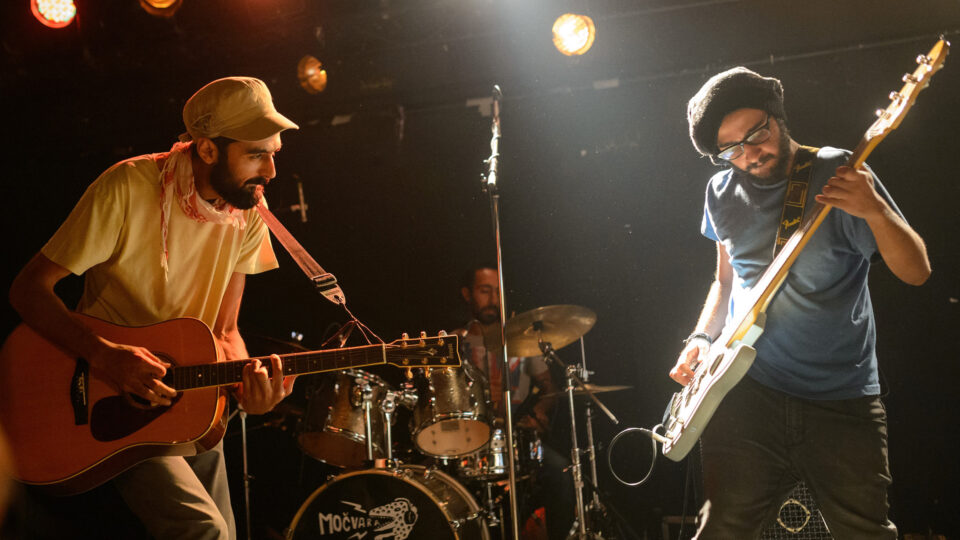 Somewhere in the underground, tucked away music venues of Zagreb, Croatia, four men stood on a dusky, backlit stage. Behind them sat a drummer, tossing his sticks around a five-piece set with smooth confidence. Two electric guitars picked up the pace, rising and falling with ruthless synchronicity as the bass commanded heartbeats to fall in line. In the center stood a bearded man strumming an acoustic guitar, hunched over as he played until he lifted his face to the microphone stand in front of him. As he began to sing, the audience was surprised by what they heard. He sang in Arabic, his voice sliding up and down melismas one would expect to hear in Damascus. These five men were not native to the lands they were performing in; however, they were beginning the process of making the European continent their home.

Two weeks before they stood on this murky Croatian stage, these men were dragged out of a rubber dinghy on the shore of the Greek island Lesbos. They had traveled with eleven other people across the Mediterranean from Lebanon. The sixteen of them huddled together on a tiny plastic craft for weeks as they fled violence and oppression. As beach-goers rushed across the coarse sand to help the men out of their boat, several of the Syrian refugees began handing them CDs. Lead singer Anas Maghrebi later told reporters from Mashable, a global entertainment company, that “it was kind of surreal for them [the people on the beach], and at that point I thought let’s make it more surreal, so I whipped out the CDs from the bag and started to distribute them on the beach.” Over the next few months, Maghrebi’s band “Khebez Dawle,” (which translates to “Government Bread”) would play across Eastern Europe on instruments borrowed from local vendors. All while they waited on refugee admissions to Germany.

Having gained asylum, Khebez Dawle is now based in Berlin, where they are emblematic of a new trend in alternative rock. They are unparalleled in musical adventurism, combining elements of Arabic folk and rock to craft a unique sound. Their tracks intertwine themes of personal strife, growth, and connection with their homeland. They produce seamless melodies that are blasted into your ears over a driving baseline. Their songs build as they progress, often from single guitar ideas into atmospheres painted with reverb. Once you’re lulled into a trance, the kick-drum picks up, and the band tears their soundscape apart with expressive soloing. Even if you don’t understand a word of their lyrics, Khabez Dawle’s music still holds an emotional resonance born from the life experiences of the band members.

Khebez Dawle is the perfect band for any rock fan with a commitment to social justice or anyone that appreciates grungy guitar riffs. The group has garnered a following of both Arabic and non-Arabic speaking people across Europe. Amid rising ethnonationalism, they have formed a community that transcends ethnic, linguistic, and cultural barriers: a place for people forced from their homes.