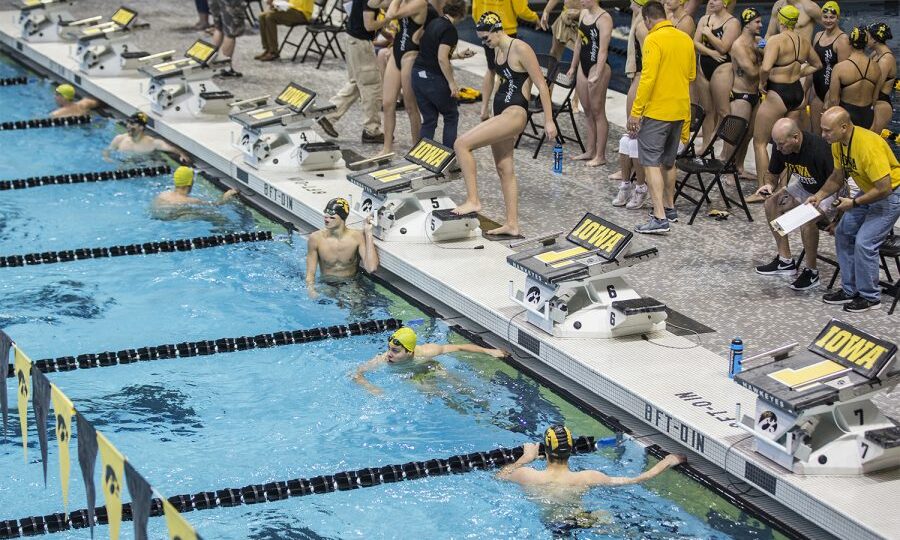 Dark days have become a common, unsettling trend over the past year for Iowa athletics, and Friday added another chapter to the story. It was announced on Friday that U of I will be discontinuing four varsity sports due to budget shortfalls during the COVID-19 pandemic.

Those four varsity sports included men’s and women’s swimming and diving, men’s tennis, and men’s gymnastics. University of Iowa President Bruce Harreld and Athletic Director Gary Barta released a joint letter, addressing the public on the difficult decision made by the university.

A source with knowledge of the decision told KRUI that there was no formal communication between the sports’ student-athlete leadership and the Iowa administration prior to Friday morning. The athletes first found out about their program’s discontinuation at the 10:30 A.M. meeting on Friday.

All four programs had attained varying degrees of success at the University of Iowa. Iowa’s swimming and diving program holds a notable place in the history of competitive swimming, as the program is the birthplace of the Butterfly stroke.

The technique was developed by Iowa swimming coach David Armbruster and athlete Jack Sieg in the early 1930s. While the technique was not initially accepted, the International Swimming Federation went on to adopt the stroke for races in international competition.

Men’s Gymnastics had seen newfound success in recent years, including winning a share of the Big Ten title in the 2018-19 season. That season saw three Iowa gymnasts take home All-American honors, and was also the 50 year anniversary of the program’s 1969 NCAA Championship.

Men’s Tennis also appeared to be on the rise as the 2019-20 season saw the program reach their highest ranking in school history with a high-water mark of #23. The program also saw it’s longest winning streak since 1991 by winning seven matches in a row.

The cuts came about from the aforementioned deficit in the 2020-21 Iowa athletic budget due to the COVID-19 pandemic. The budget deficit stands at $65-70 million and a loss of revenue of over $100 million, all stemming from the cancellation of the fall football season from Big Ten president’s and conference commissioner Kevin Warren.

Iowa becomes the first athletic department in the Big Ten to announce the discontinuation of athletic programs because of COVID-19 related financial hardship. While other schools have cut salaries and furloughed employees, it is with near-certainty that program cuts across the Big Ten will become prevalent without fall football revenue.