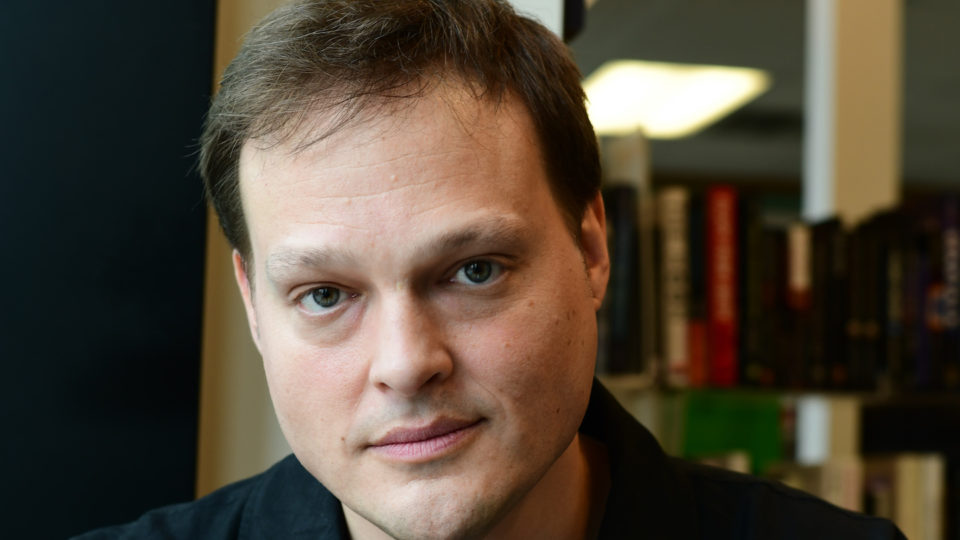 “When we are bewildered by existence, art is the way we try to put a frame around a piece of reality and make sense of it. Seeing other people do that work, whether it’s on the page or listening to music, or watching a film, feels like a balm to me right now. Even if the only meaning they can make is a representation of their own bewilderment, it makes me feel less solitary.”

Greenwell is the author of two books, Cleanness and What Belongs to You. These two titles have accrued many accolades, including but not limited to a New York Times Book Review Editors’ Choice, an IndieNext Selection, and British Book Award for Debut of the Year. He writes in various genres, and his writing has appeared in The New Yorker, The Paris Review, A Public Space, and VICE, among other publications.

The format was quite different from the typical reading at Prairie Lights that the Iowa City literary scene has come to know. Greenwell read underneath the glow of a lone spotlight on stage of the Englert Theatre to empty seats, but with a familiar warmth.

“I think art is what we turn to when we want to communicate what our lives feel like on the inside. And so, art, for me, is the greatest experience I have of intimacy with other consciousnesses.”

In addition to talking about creating art in this uncertain time, Greenwell read from his most recent book, Cleanness. The collection was published by Farrar, Straus and Giroux in January of this year. The first selected passage that he read came from the beginning of the story “The Frog King.” Greenwell described the passage as being about the joys of ordinary happiness, of being with another human being, and the happiness of touch.

The following is an excerpt from the reading:

I was still groggy with sleep when I turned in to the main room, and I stood uncomprehending for a moment before I realized that R. had rearranged things in the night. He had moved the table to the middle of the room, and had placed my winter boots on top of it, beside the little tree we had bought earlier that week. Sticking up from the boots were packages wrapped in newspaper, his Christmas gifts for me; he must have hidden them somewhere after he arrived, he must have got out of bed in the night, careful not to wake me, he must have been quiet as he moved the furniture. I caught my breath at it, I felt a weird pressure and heat climb my throat. I felt like my heart would burst, those were the words for it, the hackneyed phrase, and I was grateful for them, they were a container for what I felt, proof of its commonness. I was grateful for that, too, the commonness of my feeling, I felt some stubborn strangeness in me ease, I felt like part of the human race.

Mission Creek Underground is currently ongoing and will run from April 1st-4th with all acts viewable on their website.