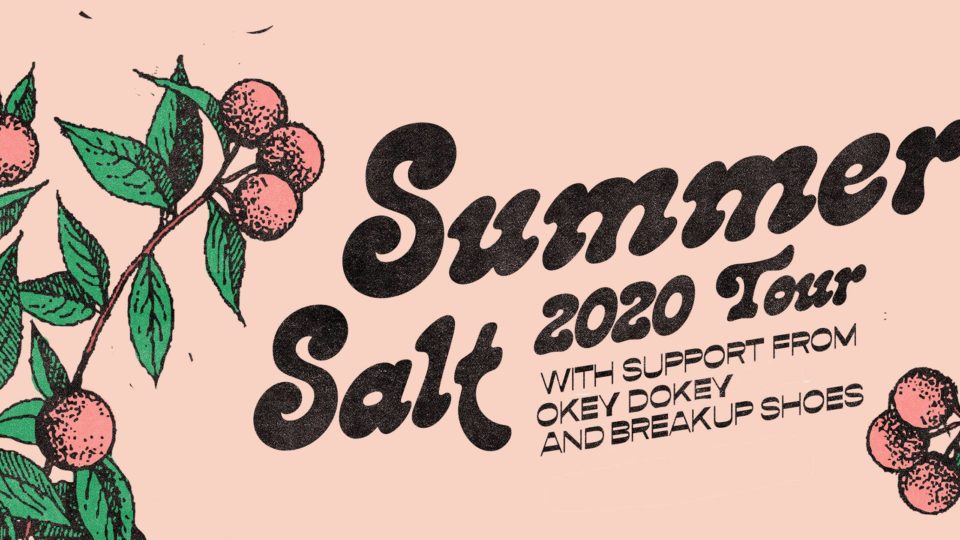 As the weather is getting warmer, I’m craving more music that reminds me of those long summer days. Summer Salt is the perfect band to remind us of those sunny days to come. With their beachy, laid-back songs, Summer Salt brought a glimpse of summer to Iowa City this past Monday night.

I’ve been a fan of Summer Salt for years now, so finding out they were stopping in Iowa City as a part of their 2020 Tour had me beyond excited. Not only were they coming, but Okey Dokey and the Break up Shoes were their supporting acts. Going into this, I had high expectations because I know all of their music so well.

As they set up the stage for Summer Salt, it became filled with colorful fake flowers and hand-painted props. The stage had so much personality and warmth, it was exciting to see what was to come.

Once Summer Salt started to perform, it was nothing like how I imagined it to be. I expected the concert to be like their music: mellow and relaxed. I was definitely wrong, but in the best way.

The concert was very high energy, with constant bouncing and dancing. At one point, there were even mosh pits. I would never expect to be moshing to the calm music I was so used to hearing. They were able to take their laid-back songs to another level and it showed through with the band’s personality. Eugene Chung, the drummer, even got into the crowd and sat on someone’s shoulders. Standing in the front row, the lead singer and guitarist, Matthew Terry, played his guitar inches from my face. Not only was he jamming on guitar but his voice sounded even more heavenly in person.

My favorite song they performed was “Candy Wrappers“. Since it’s their most popular song, the audience was definitely the most excited to sing along. It was so much fun and it gave me a new perspective on the song to hear them perform it live.

Their show ended with one of my favorite songs, “Going Native”, which was a great way to end the night. Summer Salt outdid my expectations and their concert was so much better than I could’ve imagined. Overall, it was pretty “Sweet to Me.”