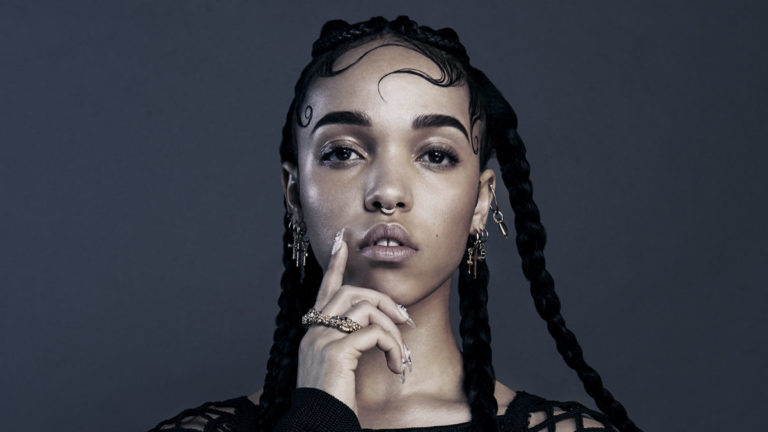 English singer-songwriter FKA Twigs recently released her second full-length project, MAGDALENE, a staggering 5 years after her first album, LP1. Popular with fans of electronic pop music, FKA Twigs -whose true name is Tahliah Barnett- is mostly unfamiliar to me. However, one of MAGDALENE’s singles, home with you, swept me off my feet and I have anticipated the album’s release since.

MAGDALENE’s first track, thousand eyes, begins with a haunting acapella chant made up of several layers of Barnett’s voice. For the first few minutes, the vocals repeat while drum beats build in the background; Near the middle of the song, a main line of loud, somewhat ear-splitting vocals appears atop the chant. Judging by the last half of the song – a compilation of sinister vocal effects and distorted sounds, the album should be… interesting.

Track two, home with you – one of the album’s singles – spiked my interest in FKA Twigs. Its ability to change from segment to completely-different sounding segment throughout the song is incredible. The opening lines of eerie whispering, in which she again uses robotic vocal effects, lead into a chorus that sounds both angry and deeply sad. Immediately after, the song transitions into a contrasting bridge that features beautifully melancholic vocals accompanied by a simple piano . Next, the whispering returns, but with excessive distortion. Before finally, the bridge repeats, building upon its tone with more grandiose vocals and added instruments. I am left hoping to hear aspects of this masterpiece, rather than elements of thousand eyes, throughout the rest of MAGDALENE.

Presenting vocals similar to those of thousand eyes, without the heavy distortion, sad day lacks the creepy aspect of the first two. It makes the song somewhat underwhelming. She sings softly over a simple beat about ‘making wishes,’ making sad day reminiscent of many typical pop songs. This is surely the least interesting song yet.

The fourth track, holy terrain, was another of MAGDALENE’s singles. Featuring rapper Future, it is more of a crowd-pleaser. Its emphasis is on a loud bass line, rather than FKA Twigs’ vocals, which are pretty bland themselves. Holy terrain could easily play in an Iowa City bar without sounding out of place. Frankly, it is quite boring.

Right off the bat, it is clear that mary magdalene discusses female empowerment; Its first line reads, “A woman’s prerogative, a woman’s time to embrace, she must put herself first.“ Dreamy instrumentals accompany FKA Twigs’ vocals, giving it a lullaby-like feel. This makes up almost the entirety of the song until it switches to a louder electronic segment near the end, which is more gripping than what came before. Over halfway through the album, MAGDALENE is incredibly underwhelming; After being pretty entranced when I first stumbled upon home with you, I am disappointed in what the album has to offer.

In fact, I was so disinterested at this point, that I couldn’t find it within myself to finish, or so I thought. As the beginning of track six began, I was intrigued by its creepy (and less chaotic) intro, filled with dissonant piano and violin parts. When the vocals enter, about thirty seconds in, a striking bass line enters, eventually disappearing as FKA Twigs sings with strength not yet heard on MAGDALENE. Finally, fallen alien offers a track comparable to home with you, full of creativity and mastery.

Of MAGDALENE’s remaining three tracks – mirrored heart, daybed, and cellophane – mirrored heart is the only one worth listening to in my opinion. Little to no effects or distortion alter FKA Twigs’ voice, fitting the sad tone of the song, which makes it quite pretty. On the other hand, daybed and cellophane are incredibly bland, like much of the album. For the most part, MAGDALENE was disappointing, but its standout tracks – home with you and fallen alien – are stunning enough to make up for its faults.