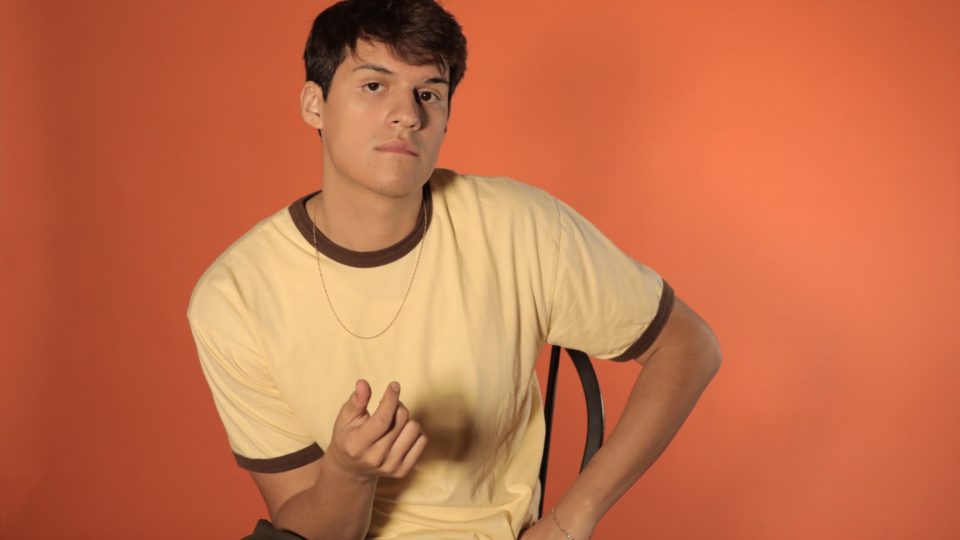 It’s a Friday or Saturday night. You’re head-deep in sad-boi hours —something that’s been all too common of an occurrence lately. You need some new and refreshing sounds to stay by your side in these desperate times. Who do you turn to? Whose name do you call out to in the wee hours of the night? This past weekend, I called out to Omar Apollo.

Omar Apollo, whose real name is Omar Velasco, is a 21-year-old singer-songwriter from rural Indiana, a place where a first-generation Mexican-American like Apollo would certainly stick out. And while reggaeton’s popularity seems to be infectious at the moment, Chicanos like Apollo still stick out in the American music scene as well, especially in the realms of alternative and r&b — Apollo’s bread and butter.

But of course, being Chicano, Apollo couldn’t just leave his bread and butter unseasoned, now could he? So Apollo did what he had to do and delivered his second EP, Friends, on April 10th to hungry listeners, stuffing it full with lush vocals, silky guitar textures, ear-pleasing harmonies, and addictive melodies. Although short at only seven songs, the EP is anything but one-note: you get your characteristic in-your-feels anthems like “Hearing Your Voice” (which would be well-suited in a Kevin Abstract record) and “Trouble,” a chill, perfect-for-a-kick-back, “Kick Back,” the titular, folk-esque “Friends,” and even some funk and groove-inspired tracks like “Ashamed” and “So Good.”

While all of the tracks are essentially love songs — that’s Omar Apollo for you — there’s also recurring motifs of change, how feelings develop over time, and growing older; I guess these are some fundamental aspects of relationships but nevertheless, it would not be a stretch to say that you’ll take out your headphones having enjoyed at least some aspect of the EP, even if you’re not the biggest fan of love songs or indie or R&B. If you have a little over 20 minutes to spare on a relaxing, weekend night, I promise it will be well spent in Omar Apollo’s company.