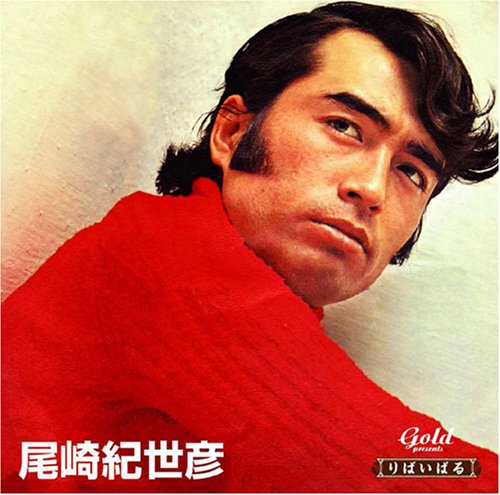 I realized that after talking about 90s and 00s Japanese music, I might as well go a bit farther back and talk about my favorite decade of music—the 70s.

Perhaps the paramount thing in my mind when I began this haphazard discussion (this column) of what it means to understand and be exposed to a culture, was my experience with 1970s pop music in Japan. I have no hesitation in saying that the strongest link that I constructed with Japanese culture in my childhood, was through this genre of music.

When I was little, my mom would play a dark grey cassette that contained hit songs from the 70s, to which I can remember dancing and singing to (remember, I was a kid) in our living room. We would also watch recordings of music shows and recaps of retro hits that my aunt would send us via VCR, and these were the songs that latched themselves onto my soul for the rest of my life.

These are not only some of my first memories, but also one of the first things I could touch and feel as I groped in the dark to try to understand (as one can when they’re a kid) this culture that I knew was different from the one I lived in, but of which I was somehow a part.

Many of the songs from the 70s, much like our own hits from the 70s in America, still hold a prominent place in music culture even now. You will still see shows that reminisce about the cultural importance of these hit songs, what they meant then, and what they mean  now.

The 70s have been hailed as the Golden Age of popular music in Japan. It witnessed the rise of the pop star, the conflagration of a specific form of pop called kayokyoku, and the emergence of Nyu Myujikku (literally “New Music”) which featured singer-songwriters, one of which was Southern All Stars.

These songs marked a decade of hope and aspirations, a call to be strong and look to the future, a reassertion of confidence, and the passing of a former generation.  And now let me list a few of my favorites, and a few objective hits.

This was one of those songs on that cassette tape I mentioned earlier. The title means “the day the gull flew away,” and tells of how a woman’s lover decided to leave her. Back in the day I just liked the melody (which I still think is awesome) but the lyrics are also neat, blending the protagonist’s sorrow with the marine scenery before her, and a noncommittal man between.

This. Is. A classic. It was Ozaki’s shooting star moment—he ruptured the sky one second, but it was the only time he shone. This remains one of the greatest classics in Japanese music history. Titled “Until We Meet Again,” it centers around a couple agreeing to separate until they, well, meet again. This song was also Aku Yu (the lyricist)’s subtle way of shifting the tide in lyric-writing. Until the 70s, women in song lyrics were almost always passive beings—they were abandoned, left, pining for the man that they lost, with an implication that life “ended,” in a way, after the tearing up of a relationship. Aku diverged from this trend. In this song, the sentiment to break up was mutual—what is crucial in the lyrics is futari (both of us) and (o)tagai (each other), which places both parties of the relationship on the same ground. No one is left, and both have a say.

3) UFO by Pink Lady (but basically all of their songs)

Mii and Kei, a dynamic duo, took Japan by storm and even encroached into America with their catchy songs and flashy costumes. Call it corny, call it what you will, but their songs took over the radio and, oddly enough, captured children’s imaginations. You could see little kids reproducing Pink Lady’s iconic dances on the sidewalk back in the day. I came along twenty years too late, but it still managed to become a part of my childhood.

Miyako Harumi is one of the most iconic enka artists, enka being a more hybrid version of traditional music and the blues. This epic song blasted off in 1976, fueled by a great melody, melancholy but subtly gutsy lyrics, and Miyako Harumi’s unequaled vocals. Lit. “From the Inn in the North” is a perfect song for a winter afternoon.

4b) If I’m going to talk about winter enka songs, I cannot leave out “Tsugaru kaikyo fuyugeshiki” (Winter scenery; the Tsugaru Strait), by Ishikawa Sayuri. She first performed this at 19 years of age, a beautiful song written again by Aku Yu about a woman leaving a lover and hopping on a ship back to the north. It gives me goosebumps every time.

The 70s was also a friendly battle site between lyricists. Aku Yu, a giant of this musical era, wrote that he was pretty much blasted off his chair by this song, produced by Aki Yoko and Uzaki Ryudo (also the lead singer), a husband-wife duo. Yoko would herself become a very influential lyricist from hereon. Aku admitted that he was almost envious because he hadn’t thought of writing a song like this, in all its gutsy glory and bravado, first.

A rock band trio produced this classic in 1978, an anthem that would leave its deep, visceral mark on the music scene. It’s fiery, following a boxing fighter into the ring and out of it, a champion–a champion that didn’t win the match, but a champion nonetheless, who whispers to himself that now he can go back to being “an ordinary man.”