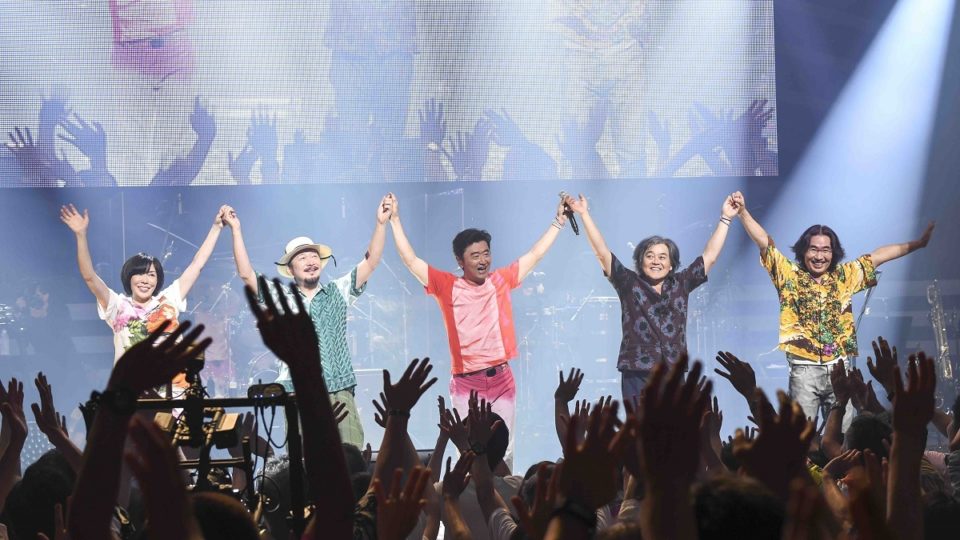 Admit it. You need new music to listen to and new artists and sounds to discover. Spotify just isn’t doing it with its random suggestions of albums and playlists. You’ve out-listened your playlists. These are desperate times.

And this article might help you get out of your musical rut.

Recently a friend and I rediscovered the many marvelous hits of Japanese popular music in the 1990s and early 2000s when music was big, charismatic, and all-out. Here are a few of my favorites.

This band has been rocking it since the 1970s as part of a movement called “New Music” (which centered around singer-songwriters) and continues to produce awesome, soulful hits even today, with its lead singer, Kuwata Keisuke, occasionally producing these hits on his own. They’re known for their potentially wacky and playful songs and Kuwata’s bluesy voice, both of which resonate wonderfully with the summer months. A recent hit of theirs is the theme song for Sora Tobu Taiya, a film that came out this past summer. Perhaps one of their most successful hits is tsunami, one of their slower songs; my favorites are Itoshi no Ellie, Hotaru, and Tsunami.

Here’s another band for you, with a vibe that is all their own. The lead singer Sakurai Kazutoshi, like Kuwata, is one of the few popular singers in the past thirty years with a unique, catchy voice, paired with songs (that alwaysss make the top 20) known for their very deep lyrics.

One of their breakthroughs was Tomorrow Never Knows with its epic video of Sakurai standing on the edge of a windy cliff and belting out this epic song. Other awesome hits are Innocent World and Shirushi.

She was the queen of Japanese pop and rock in the ‘90s and ‘00s, churning out huge, catchy hits, like Evolution, Bluebird, Song for xx, and Marionette. She is considered the best-selling solo artist of all time in Japan. The neat combination of her commanding stage persona and her deep, introspective lyrics has roped in a huge following.

Hopefully you have already heard of this artist, who is considered one of (if not the) most successful solo male artists in recent Japanese music history. His medium is rock, and he is known for his bronzy baritone voice and an unforgettable, almost other-worldly aura.

Outside of music, he has also attained success as an actor (for instance, he played Uesugi Kenshin in the drama Furin Kazan) and film producer (his first film being Moon Child). My favorite of his songs is Returner, but Ghost, and Lu:na are also especially recommendable.

Another staple of the ‘90s in Japan was the band called 米米CLUB, who whipped out some awesome songs. With hits like Shake Hip and Kimi Ga Irudakede, they brought funky vibes and fresh air to the pop-rock scene, producing an irreplaceable sound that, once it has graced your ears, will never leave your existence. Now, this may not be something you want to listen to on an everyday basis (that is up to you), but definitely something that you want to be exposed to once before you die.