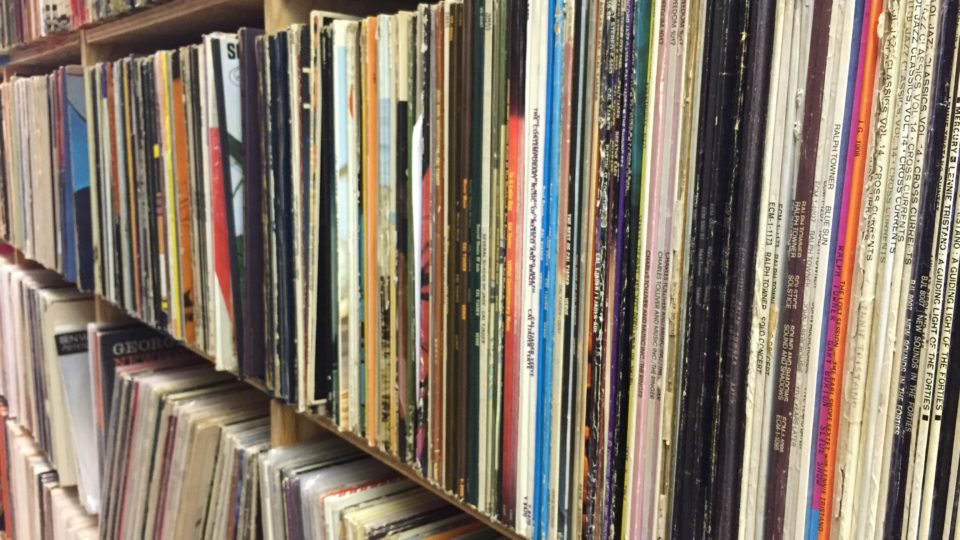 Coming home for Thanksgiving Break brings great rewards like home cooked meals, time with my dog and, what might be the most fun, a chance to judge my parent’s record collection.

My dad recently bought a record player, his first since the 90’s, and he was eager to show me some of his old record collection. As a judgmental millennial, I decided it would be best to rate some selections from his collection (and my mom’s) and spare no feelings.

The Queen is Dead – The Smiths

We begin with what might be my father’s favorite album ever. I’ve already heard this album and I think it’s great. Morrissey is a pithy, sarcastic jerk and it is amazing. I’ve been forced to listen to The Smiths throughout my life, but I’m finally at the angsty teenage phase where I can really get into this band. They can rock out, get a little emo, and make fun of Margaret Thatcher all in one album. What more could you need? Not to mention There Is a Light That Never Goes Out is the death-obsessed anthem for all angsty teens, tweens, and in-betweens. No wonder it was so prominent in 500 Days of Summer. The song is a classic and so is this album. 9/10 because I would get in trouble if I gave it any less.

This was apparently a classic my dad’s freshmen year of college and was wildly popular at the University of Northern Iowa’s parties. Honestly, I could see it. It’s a genuinely fun and wild album full of 80’s synths and an insane amount of cheese. I’m into it though. Your Love is an amazing and memorable song, not only for the hilariously cheesy SNL skit from a few years ago, but also for it’s unabashedly fun attitude. This album makes me want to dress like a John Hughes character and throw a weird party in my basement. It’s a thoroughly engaging and fun album, although it’s a little depthless, with lyrics that border on annoyingly simple at times. 6/10, good for creating false nostalgia in hipster teens and making my dad think about college parties.

This one actually comes from my mom’s record collection and is definitely one of my favorites in her records. This might only be because of “One Way or Another,” which is an amazing song often underrated by its repeated use in sitcom chase montages. Debbie Harry is a wild singer and the album is well varied, veering from pop-rock to the disco of “Heart of Glass.” I found myself bopping my head to this and pretending I was a young, hip kid born in the 70’s. I’m definitely going to check this out more and try to emulate the iconic Debbie Harry, who is already cooler than anyone I’ve ever met. 8/10 music I will play in the car and loudly sing while the cars next to me stare.

Bruce Springsteen’s The River is a classic double album by the Boss. This album has a wide variety of styles but mostly deals with the same theme: sadness in blue-collar life. But even that is kind of fun on songs like “Hungry Heart” which is probably the most upbeat song portraying a decaying blue-collar relationship. It’s definitely a strong album and I could see myself getting into it more, but I feel like I need to listen to it while doing some tough, manly work. Maybe I’ll put this on while I change the oil in my car or something. Either way, a strong album and I like cuts like “The River,” “Out in the Street,” and “Hungry Heart.” But, it continues the complaint I have against all double albums, it’s a little too long and repeats itself a few too many times.  7/10, would listen to again and envision myself in 1970’s New Jersey.

Listening to this from my mom’s record collection just left me with more questions. Was this cool at the time? Was George Michael a sex symbol for girls in 1987? Did my mom see George Michael as a sex symbol? I wanted to love this album more than I did. I enjoyed songs like “Faith” which was a fun romp that mixed acoustic guitar and electronics. And “Father Figure” had a nice tune, but a few too many daddy issues in it for me. “I Want Your Sex” felt overly long and cheesy with its grunts, which were way over the top. This might just not be for me, it felt like it was trying too hard. I’m surprised though because I love Prince and thought I would enjoy it. However, I just can’t get into this. 5/10 for making me think about sex while looking at my mom’s record collection.

Shaun Cassidy feels like the Justin Bieber or Shawn Mendes of 1977. According to my father, he’s Partridge Family adjacent and that explains the music’s “cheesy love songs aimed at tweens” vibe. Songs like “Hey There Lonely Girl” and “I Wanna Be With You” feel like the boyish Cassidy is singing to little girls in elementary school who dream about their future husbands. I don’t feel like I’m the demographic for this album and I was intrigued to find this in my dad’s collection. He claims it’s his sister’s. Either way, the music is sort of fun 70’s pop, populated with tons of gospel choirs, brass, and soaring string instruments. It can be enticing but it mostly feels childish, especially on the “hit single” “Da Doo Ron Ron” which was probably influential for Hanson’s “MBop.” The album comes with a poster of Shaun though, so can I really complain? 5/10 will be better if you imagine yourself as a 12 year old girl living in a small town in 1977.

Altogether, this deep dive into my parent’s record collection was surprisingly intimate and it’s always intriguing to try and expand your musical horizons. I could also see how my own musical tastes were influenced by my parents. A concept which normally makes me want to be angsty and go against what my parents do, but in this instance it was sort of nice. I felt connected to my parents, even if I thought some of their records were awful. 7/10 solid experience, would raid their record collections again.