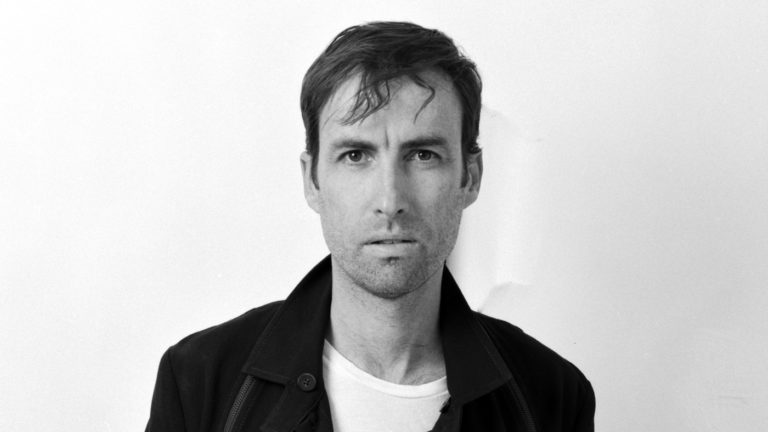 Mission Creek is back to take over Iowa City, and it could not have had a better opening night. The illustrious and infinitely talented Andrew Bird kicked the fest off with opener and collaborator My Brightest Diamond at Hancher.

Before the show, Mission Creek co-founder and director of the Englert Theater, Andre Perry, came on stage to speak with the director of Hancher, a new addition to the venue lineup for the festival. They talked about the history of the two organizations along with the benefits of partnership in our community. None of this would be possible without the help of many sponsors from around our area, and their collective excitement in contributing to the culture of Iowa City.

My Brightest Diamond came out with only two members. Shara, the songwriter and core of the project, started out on guitar alongside the same drummer that would go on to play in Andrew’s band later in the night. They explored different sounds and transcended genres with just the two of them, a feat that was pretty cool to see in person.

Shara is a unique character, with a style and grace all her own. From the movements of her arms to her classically trained voice, she can really capture an audience just by being something we probably haven’t seen before. In today’s music world, in which a surfeit of bands are grasping for spotlight, it’s great to see someone who really deserves to stick out from the rest.

Her stage presence was great, too. She was funny, and you could tell she was having fun too. She’d gone to high school somewhere else in Iowa, and made a few jokes about coming to Iowa City because we threw the best parties. Shara even asked the crowd to participate a little bit with some singing and clapping at different points. Asking the crowd to clap is a risky move; most performers try to avoid that at all costs.

She was also politically outspoken, mentioning Trayvon Martin and the Flint water crisis between songs, with solidarity and an exuberant want to change the course of things.

After a set that I wish would have lasted just a bit longer, Andrew Bird finally took the stage.

Let me take the time here to mention how BEAUTIFUL Hancher is. It was my first time there and–it just escapes words. Go see something there. Ok. Back to it.

He came out by himself, starting with a solo jam on violin using his looper, a friendly tool that would become the most utilized on his musician’s tool belt.

Andrew played a mix of old and new material, I assume per usual. He’s quite prolific, not only in his immense solo catalog but in his lending of talent to other peoples’ projects. “The Naming of Things” and “A Nervous Tic Motion of the Head to the Left” were some of the tunes he pulled from his old songbook, while “Capsized”, from his latest record, was one of the many fresh ones.

But even his old ones felt brand new: Andrew Bird has the magnificent habit of improvisation. You’ll never really hear him play the same song the same way twice. All of my favorites that he performed I hardly recognized at first, as he’d changed some things around and reinterpreted the music.

He put on a nearly perfect performance that would impress the snottiest of critics along with the average music listener. He played so many instruments! Bird would begin a song by looping picked notes on his violin, go over and pick up his guitar, sing while he played it, whistle like a god, then get his violin out again and take a solo. He even played some bells! His undeniable talent was captivating, and everything that he gave to us, the audience gave back.

Andrew Bird brought on Shara and Margaret Glaspy at different times as well. Bird is no stranger to collaboration.

During “Plasticities”, the lights along the balconies of Hancher came alight, and an audible “wow” could be heard from the audience. I didn’t even know they were lights.

Apparently, Bird’s parents met on the steps of Currier Hall. Just a little thing he mentioned, no big deal.

Finally, he played “Pulaski at Night”, a song I’d been hoping for weeks that he would play. It was his closing song, but he came back out for an encore, and even ended up adding a song he didn’t plan on playing just because the audience was revved up and wanted more. His actual last song was “Fake Palindromes”, a hit song that drove the crowd wild.

I don’t take this lightly at all: this is one of the greatest shows I’ve ever seen in my entire life.

This is going to be a great Mission Creek.