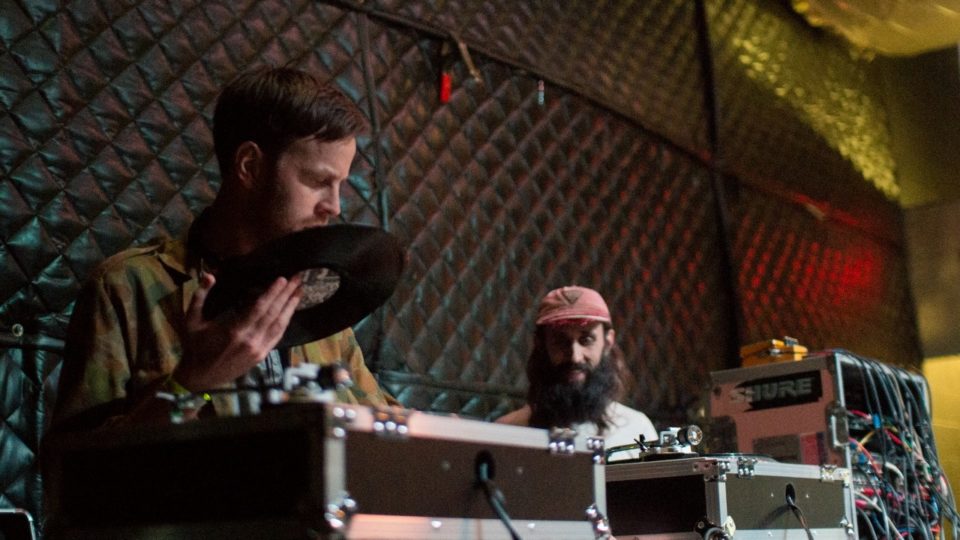 Last night, I had the opportunity to go and watch Feel Free’s performance at the Iowa City Yacht Club. I had never been there before, but it’s a really cool venue. I always thought it was just a regular bar, but I guess they have live performances all the time, and according to the bouncer, every Monday is comedy night. I might have to go check that out sometime!

I got there around 11:00 because that’s when they were supposed to start, but they didn’t, so I got to silently observe for a while. The Yacht Club is definitely more of a bar scene. People were just hanging out at tables and drinking, not crowding around the stage like I expected.

The people there were what one would classify as “hipsters”, but I think that is typical for Mission Creek! I love hipsters, personally.They dress so stylishly, effortlessly. They also don’t seem to care what people think. Once Feel Free came on, people were dancing and swaying and moving their heads along to the beat. It was cool to see people just “feel free”!

Feel Free is made up of two guys. One has a beard, as shown above, and donned a black skull cap and a ying-yang sweatshirt. The other guy was just wearing a baseball cap and a hoodie. Nothing too special, which I like. Just do you, don’t wear a bunch of clothes to impress other people!

Anyway, the duo is from the Minneapolis / St. Paul area. They classify themselves as a “sound system”, and I completely agree with that categorization. When they first came on, I got Bassnectar type vibes from the sounds they were producing. They used a lot of “cartoon” noises. I don’t know, that’s just what I thought.

They had really solid beats in the background, then all of the sudden there would be a sound that reminded me of the Roadrunner running away from the Coyote, or bubbles and lasers. They also used a lot of tropical rainforest/animal noises. I honestly do not know a lot about electronic music or how it works. They just had a bunch of equipment set up in front of them! It’s cool that they’re so creative they can just make music out of literal sounds. I could never!

I don’t know exactly how many songs they played, because as I said, I don’t know anything about this genre of music and it seemed to me that they never completely stopped playing, so either they played one huge song or their tracks just flow together, one after another. 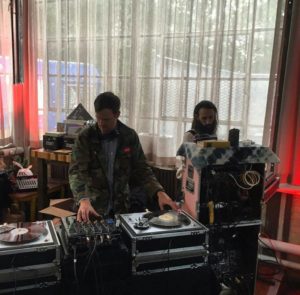 And lastly, if you wanna listen to some beats by Feel Free, here is their SoundCloud!