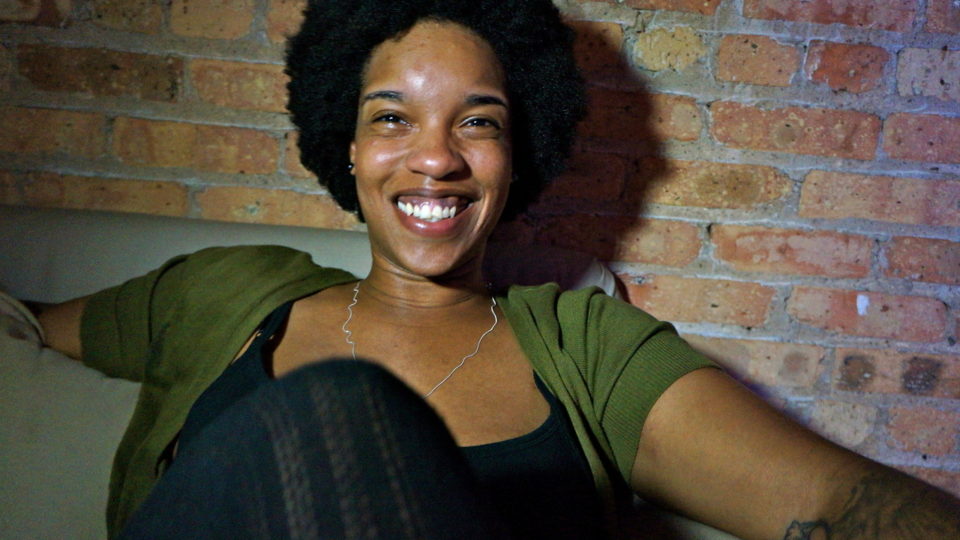 On the last day of Mission Creek Festival 2018, Psalm One performed at the Englert Theatre.

I knew very little about female rapper Psalm One when I arrived at the Englert. I’d never heard a song of hers and I had no clue what to expect, but as the theatre filled up with twenty-somethings, I knew I was in for something great.

As Psalm One’s DJ for the evening, Angel Davenport, got on stage, there was immediate applause. As she introduced Psalm One, the audience automatically seemed happier.

As she strolled on stage, one of the first things she said was “if you’re ever feeling the mood in here and want to dance or move, please do.”

Then she began rapping and I was instantly entranced. As I watched her start her set, I thought to myself “she was really born to rap live”. She is clearly in her element.

Psalm One’s music reminds me of a combination of Princess Nokia, Missy Elliot, and Noname, but it was still all her own. It was rhythmic, it was impactful, it was moving.

Both Angel Davenport and Psalm One made a point to engage the audience as much as they could in a fun way. It wasn’t just a thank you three or four times through a set. There was something personal about how they chose to interact with the audience.

At one point, Psalm One explained that she doesn’t rap or sing, but instead she “saps.” She and Davenport also interacted with the little girls dancing to their music in the front row, which was entirely too cute.

The chemistry between Psalm One and Angel Davenport fueled the performance. It created an empowering, positive environment that filled the theatre.

They were constantly hyping each other up like they were best friends dancing around their room at a sleepover. It felt like as they were getting more comfortable on the stage, the audience was more comfortable expressing themselves.

The notes I took during the performance confirm it: “Something emotional happened here.”

There was an entire audience standing and dancing. There were two women on stage owning their presence, confidence, talent and sex positivity. It was like magic watching people interact with the moment.

If women could live in a world that was just like Psalm One’s concert, I think it would be a much better place.

While I thought that the venue would be a barrier for the artists performing, it never was. The Englert gives each attendee a seat, and all the artists that night make moving music. Still, people still got up to dance and move along with the music, but it was sometimes odd to remember we were in a theatre.

She has also performed at The Mill, Gabe’s, the Blue Moose, and the Yacht Club in the past, so it’s likely we’ll see her again in one of these venues.

This year’s Mission Creek was an incredible success and I already can’t wait until next year’s!

Make sure to listen to some of Psalm One’s albums below and watch for her to come back to Iowa City in the future!