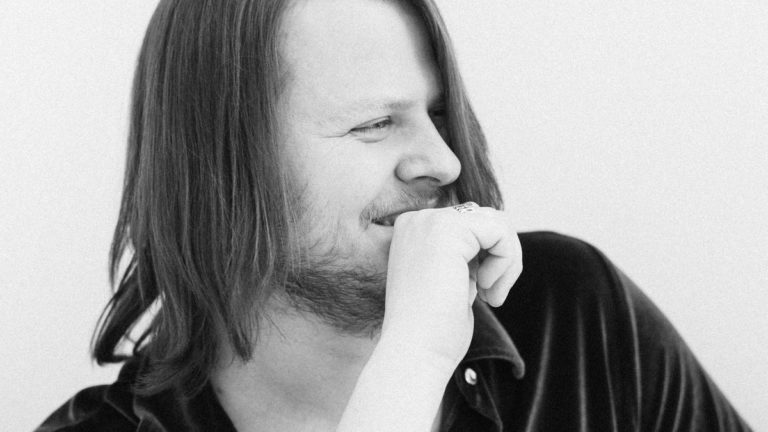 On the third day of Mission Creek 2018, Dana T performed at The Mill.

I had heard of Dana T before, but only as a part of the band Karen Meat (also playing Mission Creek on Friday the 6th!) While I had heard his album a few times, I didn’t listen to it too much. I was looking forward to attending the show so I could get a grasp of his individual sound, as much as I love Karen Meat.

When I walked into The Mill half an hour before Dana T’s set began, I noticed that there weren’t a lot of people who looked my age. There were many middle-aged or older people there, and the venue was occupied, but not full. People had found their friends and were ordering food and drinks.

And, as is usual at a concert as beautifully intimate as those at The Mill, some audience members had me wondering why those who choose to sit front and center are always the ones screaming conversation over the musician. But the music was about to be loud anyway, so thankfully it was easy to tune out.

After taking my time to settle in, Dana T took the stage with seven band members (one each behind a guitar, string bass, saxophone, trumpet, trombone, keyboard, and drums) and began his set. “This is a song I wrote, but you won’t understand what it’s about. Not because of you, because of me.”

He continues to play a jazzy, rock-y, disco-spirit-y set that has the whole venue swaying. It was upbeat and sometimes toned down, but always very fun. There were layers to every song, and each was just as interesting and essential as the next. It’s like the music was architecture.

There is something about his stage presence that exists both as he performs with Karen Meat and on his own. He moves with the music and as one with his guitar in a way I haven’t seen another artist do.

I’d noticed a saxophone on stage and had put it to the back of my mind, assuming it would be used during a later set and not Dana T’s. While sax (and other brass) had been featured on his album, I wasn’t expecting him to bring a brass trio on stage to perform with him.

There are a lot of people with much more fame that wouldn’t have done that and opted for a smaller show with fewer band members instead. Not only did he make the show more authentic to the sounds he releases on his album, but he didn’t let more than two songs go by without talking about how great his band members were.

This gesture in itself shows that Dana T. puts care into his music they way the instruments interacted with each other and the rhythm they created can’t be described as anything but care. There was more in this than a gig for him, and I’m glad I got to witness it.