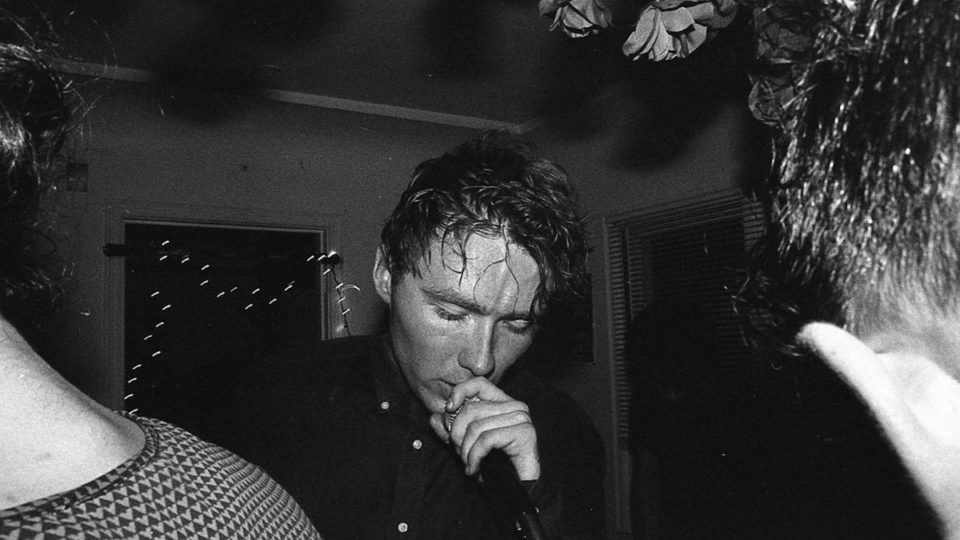 Walking into Gabe’s I could feel my mood change with the atmosphere. The room was pitch black, only being lit up by the stage lights and the ceiling lights, which sparkled like neurons moving through the brain. I arrived early, so I watched as young, fashionable people showed up waiting to see some live music. They all piled in rows, standing with drinks in their hands as the first band got on stage.

Hot Tang and Younger opened up for Current Joys. They both featured female vocalists and had unique sounds. Hot Tang seemed to be influenced a lot by an indie band I am very familiar with, Frankie Cosmos.

Younger had a very great and original sound, mixing complicated, fast-paced bass riffs with sweet harmonies between the women of the band.

It was 10:30 when Current Joys started on stage. Along with Nick Rattigan, the front-runner, there was a bassist, drummer, and keyboardist. I could tell I liked their energy just as soundcheck started. I had only known two songs by them while going to the concert. I knew I liked their sound, but I didn’t know all their music, which kept me with a fresher ear. I snaked a spot in the front row, observing the band and the crowd.

As they started off with the song “Become the Warm Jets”, which starts off their album, A Different Age. Nick sang acapella, which lead to a soft guitar sound. The one thing I noticed throughout the night was how much passion he put into his music. His body would physically move with the music and seeing this made you feel more apart of the sound.

I caught some of the songs below they played live: “Desire”, “My Blueberry Life”, “Kids”, “My Nights Are More Beautiful Than Your Days”. These songs were a mix of soft, melodic, slow sounds and upbeat, loud, energetic sounds; which all were equally entertaining and enjoyable.

I literally liked every song they played and I could tell the crowd did too. There were a few fans in the front who were dancing and swaying, clearly very into the music. The girl next to me would egg me along with her as we danced to the music. Only the front few rows were dancing though, the farther back the more stoically the crowd stood.

The best part of the show was watching the energy Current Joys gave off, then simultaneously seeing the crowd eat it up. Nick was so into it, his feet and body didn’t stay still the whole of the 30-minute-long setlist. The only member who was a lot more peaceful and chill was the girl playing the keyboard. She stayed still the whole time and I found the contrast very interesting. She didn’t seem any less into the music and the art of performing, she simply just faced it differently with an overall calmness, while her band members shook and shimmied to the music.

Coming out of this show I gained a new favorite band. Their sound is very well-rounded and enters many different categories. They played wonderfully live and were well mixed. Not once did I cringe at bad musicianship and I honestly held trust in their musicality, it shone through the inevitable passion of their performance.