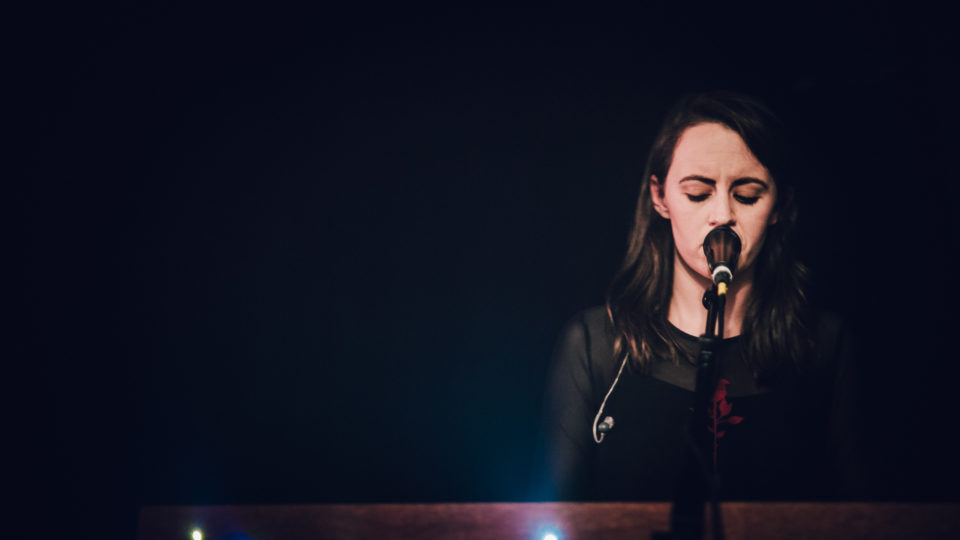 Don’t make any plans for the night of Friday, April 6th, because you must go see Gordi perform live, 9:30 at The Mill. Sandwiched between two other rocking artists, general admission is only $15…do the math, that’s only $5 an artist. You truly do not have any excuse to miss out on this.

Sophie Payten, known by her stage name, Gordi, is an Australian musician who focuses on the folktronica genre. She rose to fame after performing in Sydney, and eventually gained the attention of American record label, Jagjaguwar, with whom she signed in early 2016. In that same year, she was included in the top 40 of best new bands in 2016 by Stereogum.

When on stage, Gordi is accompanied by a few other musicians, including a drummer, a brass section, and a keyboardist/synthesizer, while she takes care of vocals and guitar. In the past, she’s opened for big-name shows like Of Monsters and Men and Bon Iver, with whom she performed on the Jimmy Fallon show in September of 2016.

At the moment, she has released an album, three EPs, and nine singles. With her track record, it’s bound to be a great show.

Much like my column, “The Rolling Bean,” I am going to review one of Gordi’s songs and let you know what I think of it right here in this promo. Wild. The song is attached below; it’s called “On My Side”. Give it a listen and then continue to read!

As soon as I heard this intro, I immediately thought of folk music. Gordi stays true to her genre of folktronica, that is for sure! I really appreciate the use of vocals here and the simple drum beat. It gets your body moving! There actually isn’t much of an “electronic” part in this song. It seems to be all acoustic; no obvious synthesizer or wild electric guitar.

This is definitely a “windows-down-driving-through-the-back-roads-in-the-summer” kind of song…if you’re from the Midwest, that is! I don’t know if this would be a song to listen to on the metro for you city folks…sorry, it’s hard to relate to you when there are like ten farms surrounding my house.

I decided to watch the music video instead of just listening to the song, and I’m a little bit puzzled, to be honest. It’s not because there is too much going on, but because there is a lack of a storyline. The lyrics don’t match up to what’s happening in front of my eyes. There is some dude laying on the ground, covered in mud or dirt (or a combination of both), and Gordi comes to him and is washing him off with water(?).

It’s in a gasoline container so let’s hope for his sake (and her’s) that it’s not oil! Anyway, I wish the video had a little more sustenance to it. It’s really just four and a half minutes of her pouring water on him, and then they look out into the sunset. I’m not asking for a Katy Perry music video, but maybe a little something wouldn’t hurt!

Lucky for you, you’ll get to watch Gordi actually perform this song live instead of having to watch the music video! Make sure you go check her out on Friday, April 6th; you won’t regret it!