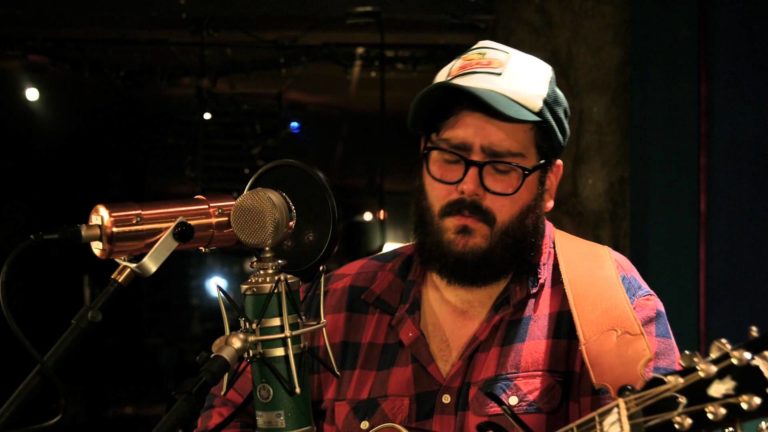 Part of a series called “Big Free Show”, the brewery will host a wide selection of musicians and artists from 2 p.m. to 9 p.m. on Saturday, April 7th.

Anderson will take the stage at 5 p.m. to showcase his two critically acclaimed albums.  The first being The Weaver’s Room, his 2014 debut produced by Andrija Tokic, who has worked on albums for the Alabama Shakes and Hooray for the Riff Raff.

It wasn’t until 2017 that the world got their next glimpse of Anderson, as he released his sophomore album, City of Vines, that continued his unique blend of grass roots and psychedelic rock.

Before Anderson’s solo career, he was heavily involved in the Chicago music scene.  Anderson partnered his vocals and songwriting into a beloved Chicago grassroots band named, Go Long Mule.

However, there were moments in Anderson’s career where he did not always call the shots, as he served as the guitarist for the Chicago garage rockers, Rambos.  During this time, Anderson also produced other bands’ work while working in and out of many other bands being a sideman.

By man critics and fans, Anderson’s vocals are compared to that of the famous and eccentric Tom Waits.  While Anderson’s albums have not garnered him the critical success he’s hoped for, many critics and Chicago radio stations frequently pay tribute to individual songs from his two albums, such as “Crooked Heart” from The Weaver’s Room  and “Shadowboxer” from City of Vines.

Either way, come and check out an aspiring midwestern artist with influences that span across the country and rock lore.