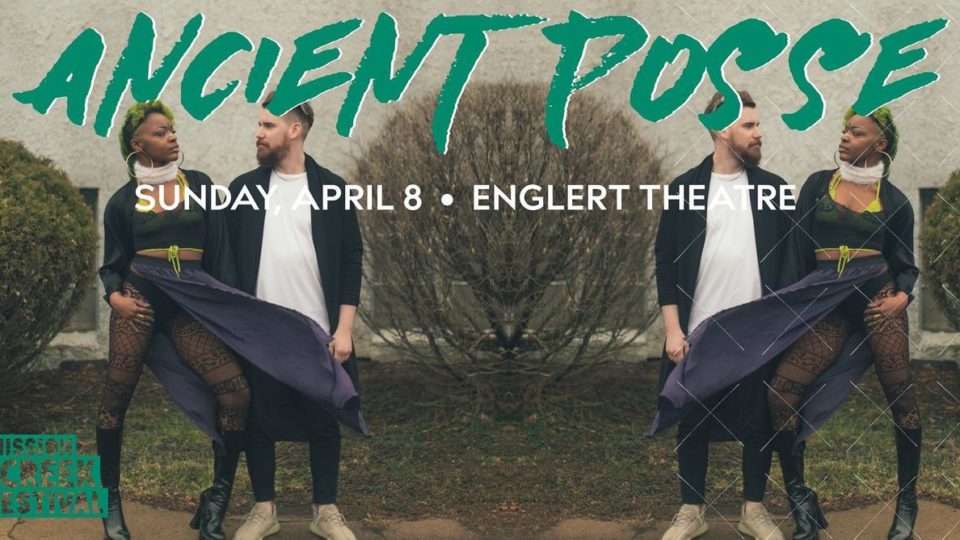 No, but seriously. The crowd will be going wild, so why not be a part of it? A $15 ticket gives you access not only to them, but also Psalm One and Jamila Woods, so think about it.

Ancient Posse is a synthetic R&B duo based out of Des Moines. There isn’t a lot of information out there about the pair because they like to keep their personal lives separate from their professional lives, but what we do know is that it’s made up of Kamillah Camp-Bey and Steve Bergeron. They came together about four years ago, and ever since then, it’s been a complete partnership. They both sing, they both write songs, they both produce, and they perform together. Talk about “goals”!

As far as background goes, Steve has had years and years of musical involvement. He has been playing violin since he was a child, and can also play the piano. Comparatively, Kamillah had little experience in the music field. She performed in musicals throughout high school and wrote her own music, but never showed her true talents. Here’s a music video for their single, “Windless”, that’ll show you how truly gifted these two are when creating music together.

I really like the use of Kamillah’s vocals in the intro of this song. She has a mesmerizing voice, that’s for sure. Throughout the video, you can see her just letting loose, getting into the beat and dancing away. I wouldn’t call her moves “cute” or “adorable”, but it gives you that sense, you know? She’s just doing her!

Steve has an awesome range that pairs really well with Kamillah’s. I like how they split the vocals evenly; she has a part, he has a part, then they come together. Sometimes groups aren’t good about that; one person will be over-bearing and you, as the listener, don’t have the opportunity to hear what the other members bring to the table. Good for them!

The lyrics are pretty short (if you didn’t notice) so here they are.

come w me, moony one

u can be whoever u want

’cause the water, it moves ur way

let it fill u don’t know how to fall

’cause the water, it moves my way

put ur hand in mine

I think Ancient Posse will put on a really good show, I definitely do not recommend missing this one! If you want to read more about this group or buy tickets, go ahead and get ’em here!