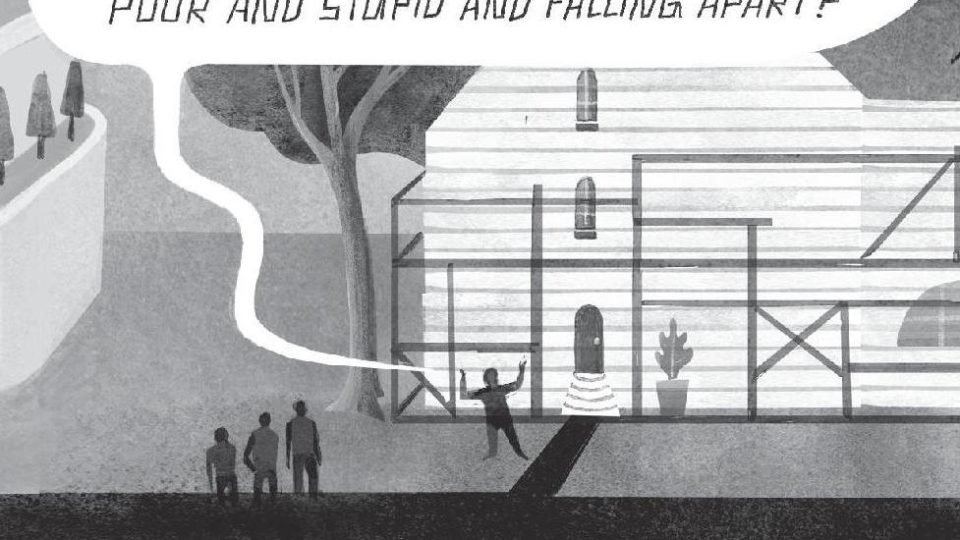 A winner of four Pushcart Prizes, she is currently an associate professor at the University of Texas, also actively involved in the education program she started at a local prison.

Unferth is a rebel. She ventured to Central America after dropping out of college at 18 years old to “join the revolution,” as she says in an interview on Stop Smiling Online. After hopping from El Salvador to Nicaragua to Panama to El Salvador to Costa Rica, she finally came

back to the states to begin her writing career.

She is known for her unapologetic fiction and nonfiction—vinegary, dark, and humorous. For instance, Voltaire Night, which appeared in the Paris Review, narrates a tradition of a teacher and her adult-ed class has, in which they share their terrible experiences, starting as a “recent bad experiences” to “worst ever.” One can imagine the strange places to which this narrative would lead.

In these stories, one might notice Unferth’s omission of names. In The Rumpus interview, she ascribes this choice to the feeling that names make a story sound synthetic.

I always felt that putting names in a story is artificial. It feels like, Oh, now I’m writing a story when I include a name. It feels phony. If I use a name, I have to feel like it’s almost in quotes. Any name that I use has to be doing other work. The work cannot be that it’s just a name for my character. It’s never that easy. –from “It’s Never That Easy: Talking with Deb Olin Unferth”, The Rumpus, 24 Jan 2018.

Though not many would describe their writing or reading experience as auditory, Unferth does. In an interview with Nate Martin on Stop Smiling Online, she describes remembers how reading biographies of Frank Lloyd Wright involved sound—”the hum of the words on the pages were coming up at me and making almost a song.” –-“The Contestant: Deb Olin Unferth,” Stop Smiling Online, 17 August 2007. She further depicts her writing experience as not a result of one sound, but “It is more like I hear the story before I start writing it. Sometimes I hear the entire story before I write it down.”

Also reading at Prairie Lights that evening is Andrea Lawlor from Massachusetts, who teaches creative writing and edits fiction for Fence.

Lawlor has published a chapbook, Position Papers, and the recent Paul takes the Form of a Mortal Girl by Rescue Press. According to an interview in the Vesto P.R. and Books, Lawlor mentions that this debut novel is a “thinly veiled memoir” –“A Q & A with Andrea Lawlor,” Vesto P.R. and Books, Claudia Acevedo, Jan 2018.

Written by a devoted professor and enthusiastic human being, Paul Takes the Form of a Mortal Girl is the product of personal experience, meticulous research, and years of rich stop-and-go writing.

The major part of this book and Lawlor’s efforts are the LGBTQ experience, and Lawlor has often spoken about how the writing scene can become more accessible and friendly to up and coming LGBTQ writers, voicing the hope that

“Once people are writing and getting support to write, maybe the biggest challenge is to make something good, to be an artist rather than a content producer? That’s a good problem to have.”

I advise you not to miss seeing these thrilling authors read at Prairie Lights—mark your planners! Calendars! Put up a sticky note!

Check out this and more events the Mission Creek Lineup Page.