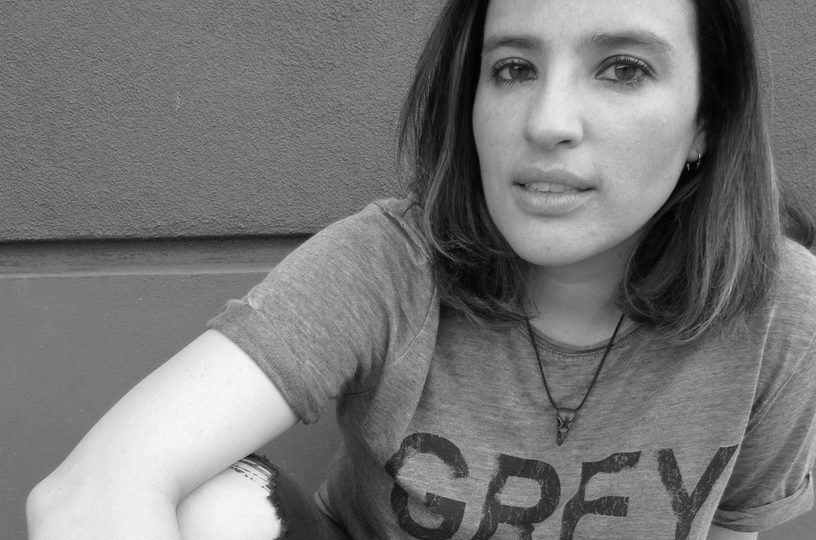 Got evening plans for April 4? No? You might as well start planning, because I’ve got a great suggestion for you.

As part of the Mission Creek Festival in April, author and translator Lina Maria Ferreira Cabeza-Vanegas will be reading at Prairie Lights Books on Wednesday, April 4th at 5:30pm.

She graduated from the University of Iowa with a creative nonfiction writing and literary translation MFA. Among her written works are Drown Sever Sing, and, quite recently, Don’t Come Back.

She has received the 2016 Rona Jaffe Foundation Writer’s Award and the Iron Horse Review’s Discovered Voices Award, among others, and has been published in multiple platforms, including the Baltimore Review, the Chicago Review, Anomalous Press, Bellingham Review, The Iron Horse Review, and Inscape.

An author of many talents, Vanegas deftly handles multiple genres of writing, including fiction, nonfiction, poetry, and translation. A major theme in her work is her early background in Colombia and experiences as an immigrant, which she explores through written works.

Perhaps what makes Vanegas especially fascinating is her experimentation with nonfiction, translation, mythology, and other forms of expression, and how she melds these forms together to accomplish a multi-layered approach.

For instance, Vanegas incorporates Colombian mythology in both Drown Sever Sing and Don’t Come Back, producing a “hybrid” work of nonfiction and myth, which not only provides a complex view into Colombia’s culture and mythical tradition but also explores the very purpose and limits of nonfiction and the space between genres.

In an interview for The Normal School, Vanegas talks about her experience with and decisions about nonfiction:

The best nonfiction, for me, deals with the confrontation of our own fictional nonfictions and nonfictional fictions. We all exist in liminal spaces—not just immigrants—and we are perpetually entertaining a series of contradictory notions all at once.

Later in the interview, Vanegas talks about her sentiments behind this weaving of mythology into her nonfiction, mentioning how little she initially knew about the mythical traditions of Colombia, which she explains thus:

Why? After the European invasion, it was decided that there was only one culture that could be called culture, and the rest was at best a quaint bedtime story, and at worst heresy.

Finally, a word about her work in translation (because it’s one of my favorite things). In keeping with her experimentation with genre, she takes a bold and ambitious approach to translation, seeking to translate the untranslatable—aphorisms. In the pursuit of translating

these notoriously difficult expressions, with their thick, deep roots in cultural context, language, and tradition, Vanegas has gone beyond text, and employed drawings and graphs and other experimental forms, which, she says in the interview, started during her time in the MFA Translation program at Iowa.

She offers this engaging thought:

Because, what I really wanted to translate was the untranslatability of a translated experience. Of being caught between times, places, languages, and selves, and if I gave the reader the impression that it all could easily fit into this new English skin, then, I would have failed in my primary objective.

What also makes Vanegas’ nonfiction especially arresting, is the sense of immediacy and candid passion that is intertwined in the text. I am not a die-hard fan of nonfiction, but after reading “BOG-MIA-CID”, the last essay in Don’t Come Back, and an excerpt from “The Peach Orchard,” I found myself totally absorbed.

Read the whole interview here, and check out “BOG-MIA-CID” here—and once you get done with that, get to see this spectacular writer at Prairie Lights!

Be sure to check out this and other Mission Creek Events!