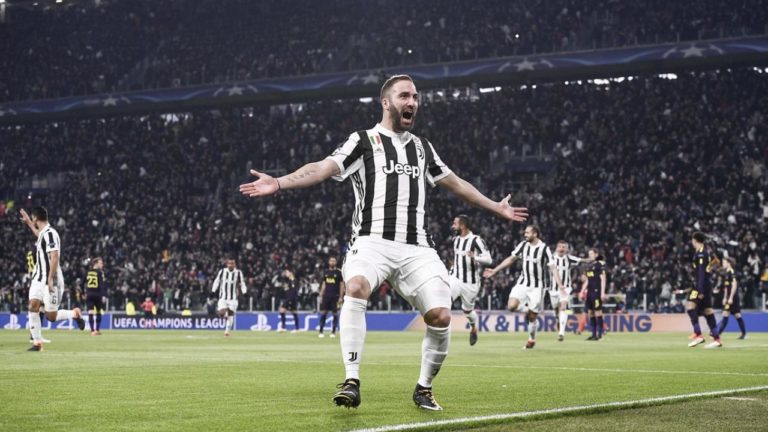 ***Disclaimer: Opinions expressed are my own. For more info on the UEFA Champions League, visit http://www.uefa.com/uefachampionsleague/index.html#/

The UEFA Champions League is down to the quarterfinals, and these are the questions I have for the final stretch of the tournament:

Who Will Win Juventus vs. Real Madrid?

It’s painfully obvious that this is not only a question I’m asking; it’s a question the whole world is asking. These two foes will tangle for the twentieth and twenty-first occasions in April, and Juve reminded fans not to be taken for granted, rallying back to beat Tottenham 4-3 on aggregate last round. Last year’s final was Juve’s only loss vs. Real Madrid in its last four encounters with Los Merengues (and Juve knocked out R.M. during that span in 2015).

Gonzalo Higuaín and Paulo Dybala continue to be goalscoring threats, with the former logging five goals in eight Champions League games and 15 goals in the Italian Serie A thus far. Despite that form, Juventus has the fewest goals of the remaining Champions League teams.

In terms of absences, Medhi Benatia and Miralem Pjanic are suspended for leg one while Cuadrado is the only player who isn’t likely to be fit in time for the matchup and Federico Bernardeschi is questionable. It’s critical for the midfield to control the games against Madrid, as the overall midfield hasn’t exactly dominated the tournament.

Speaking of injuries, Giorgio Chiellini’s thigh injury is not thought to be serious according to the Juventus head coach, which should be relief as the 33-year-old continues to be a rock for Juve’s back line.

Take note of how Juventus balances league play with cup play; Juve is fighting for the Serie A title and hosts A.C. Milan three days before the Real Madrid matchup.

As for Real Madrid, the Spanish La Liga table doesn’t seem to affect morale. Los Merengues have scored the most goals of this season’s tournament than any team remaining, including 15 from CR7 (Cristiano Ronaldo). The squad is injury-free at the moment and firing on all cylinders. Ronaldo scored four goals in league play last weekend. The squad has the highest team rating of any team in the tournament. And the squad has averaged 60.6% possession through the tournament.

One stat that Juventus will appreciate seeing is that Real Madrid has missed several scoring chances in the tournament (despite converting on many as well). But Real Madrid will definitely be hard to beat in this series.

Is Sevilla the Real Deal?

It’s only just sinking in that Sevilla beat Man United over a two-leg aggregate series. And Los Sevillistas closed out that series at Old Trafford. Wissam Ben Yedder came off the bench to score both of their goals, they outshot the Red Devils and once again kept possession even. Joaquin Correa registered an assist, got six shots off and completed 29 passes. And while Romelu Lukaku put the defense under pressure, the underdog prevailed.

Sébastien Corchia has been a fantastic fullback and is easing back to full-fitness. Éver Banega is proving to be a valuable addition in midfield. And Franco Vazquez has been an effective attacking midfielder, with a 70% UCL dribbling success rate and 6 assists across all competitions. Add that to a 60%

possession/game rate and you’re looking at a tough midfield to beat.

Robert Lewandowski continues to rack up goals, with 32 across all competitions this season. And despite the ongoing conversations about where he might end up next season, he continues to lead a loaded attack that includes James Rodriguez and Thomas Müller.

This team is used to progressing far in this competition, while Sevilla is in its first Champions League quarterfinal in fifty years. Will experience prevail, or will Sevilla reach new heights?

Can Roma Pull off a Shocker?

A.S. Roma is in its first UCL Quarterfinal since 2008, and the team has the arduous task of going against Barca. Edin Dzeko continues to do Edin Dezko things, with four goals and three assists in the competition. Aleksandr Kolarov is doing big things, too. And Diego Perotti is helping Dzeko out with a solid pass-accuracy rate.

Roma had to battle back in the Round of 16 versus Shakhtar Donetsk to advance to the Quarters. “I Giallorossi” absorbed a lot of pressure and benefited from gritty defensive performances, especially from Konstantinos Manolas. They can expect a lot more defense being necessary against a Barcelona team that constantly puts opponents under siege.

Barcelona is hoping to remain undefeated in this year’s Champions League and advance in the process. The Blaugrana leads the tournament with 66% average possession and six clean sheets. In this tournament, Lionel Messi has six goals and two assists and Philippe Coutinho has five goals. This team is poised to improve upon last year’s quarterfinal exit, and its fans expect nothing less.

This attack has still been strong even despite Luis Suárez being held scoreless in the Champions League. That’s largely because a) Suárez has notched five assists and b) Messi is outta this world.

Barcelona will be the heavy favorite in this series.

Who Will Step Up Among Liverpool’s Supporting Cast?

Liverpool enters the quarterfinals as a team that has had a strong attack headlined by Mohamed Salah and Roberto Firmino. The pair have combined for 15 goals in the tournament, and Liverpool leads the tournament in goals per match as well as frequency of winning possession in the final third of the field. But a big question still remains: Who will step up among Liverpool’s supporting cast? The midfield will have to control the two legs and bolster the team attack. The team is pretty healthy right now, and it’ll be important that players like Georginio Wijnaldum and Jordan Henderson win duels, give the Reds rhythm, and connect with the forwards. Salah and Firmino have been excellent this season (especially Salah), but Liverpool will need its midfielders to also boss the games vs. City if the Reds want to advance to the Semis.

Manchester City has only lost four matches in all competitions this season, with two of them coming in Champions League matches that were basically meaningless for the Citizens. Liverpool is the only team to have beaten them in Premier League action when the Reds won 4-3 in January, and City’s only other loss came to Wigan in the FA Cup. At this rate, this will be the Citizens’ best season in club history; none of the four title-winning Man City teams of the past have been as dominant as this group. Sergio Agüero and Raheem Sterling are leading the way in goalscoring, the midfield has the highest pass-accuracy per game rate and the defense has helped Claudio Bravo earn four clean sheets. Beating Man City over two legs will require a great effort from any team, and it’s hard to find a weakness in this team.