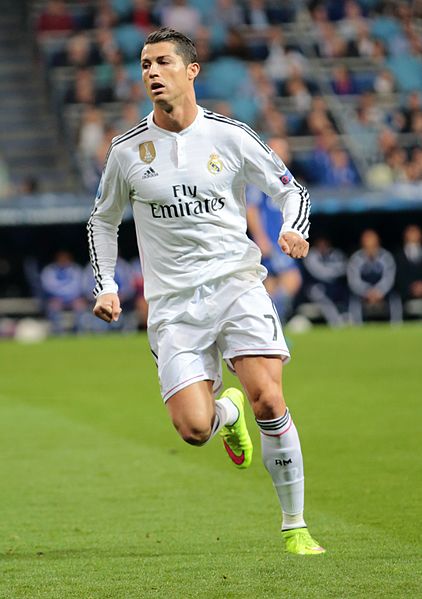 (Disclaimer): Opinions expressed are my own. For full coverage of the UEFA Champions League, visit http://www.uefa.com/uefachampionsleague/index.html

Surprises were abound in the UEFA Champions League quarterfinals; an 18-year-old scored three goals in two games, and a man with no international goals netted two goals versus Barcelona. But the only surprise in Ronaldo scoring his 100th career Champions League goal was in how quickly it happened.

Bayern put the pressure on early at Santiago Bernabéu Stadium, eager to erase their 2-1 aggregate deficit. While right-back Dani Carvajal created some chances for Real Madrid in the first half, the German club put the pressure on early and sustained it for most of the match. The breakthrough came in the second half when Robben dashed into the penalty area and drew a controversial penalty kick, the first of multiple disputed calls from this contest. Nonetheless, Robert Lewandowski chipped in the penalty in the 51st-minute for Bayern to get one step closer to a comeback.

Los Merengues responded with a goal in the 76th-minute, as Casemiro shook off a challenge and sent a cross for Ronaldo, who got past the Bayern central defense and headed the ball in the net. Real Madrid seemed bound for the semis. But just seconds after the kickoff, Bayern forced a ball into the box that was deflected by Sergio Ramos into Real Madrid’s net for an own-goal. The series was back on even terms; 3-3 on aggregate, 2-2 on away goals.

The controversy came in the 84th-minute as Bayern’s Arturo Vidal picked up a second yellow card to equate to a red card. On the replay, he seemed to have tackled the ball away and Casemiro seemed to arrive late as he tripped over Vidal’s leg. But the referee’s call was that Vidal took down Casemiro, and just like that, Bayern had to play the rest of the match shorthanded.

The match went into extra time, where Real Madrid took over. In the first half of extra time, Ronaldo scored his second goal in the 104th-minute as he chested down a cross and kicked it in. In the second half of extra time, Marcelo breached the high-pressing Bayern defense and drew the goalie off his line. He threaded a ball to Ronaldo for a tap-in to make it 5-3 in the 109th minute. That goal gave Ronaldo both a hat-trick and his 100th career UEFA Champions League goal. Real Madrid put the icing on the cake as Marco Asensio split the defense and scored in the 112th minute to make it 6-3 on aggregate to cap the scoring.

Real Madrid will take on Atlético Madrid in the semifinals in another two-leg series. The winner will play against the winner of the Monaco vs. Juventus series in the final. The final will be one match for all the marbles on June 3th in Cardiff, Wales.