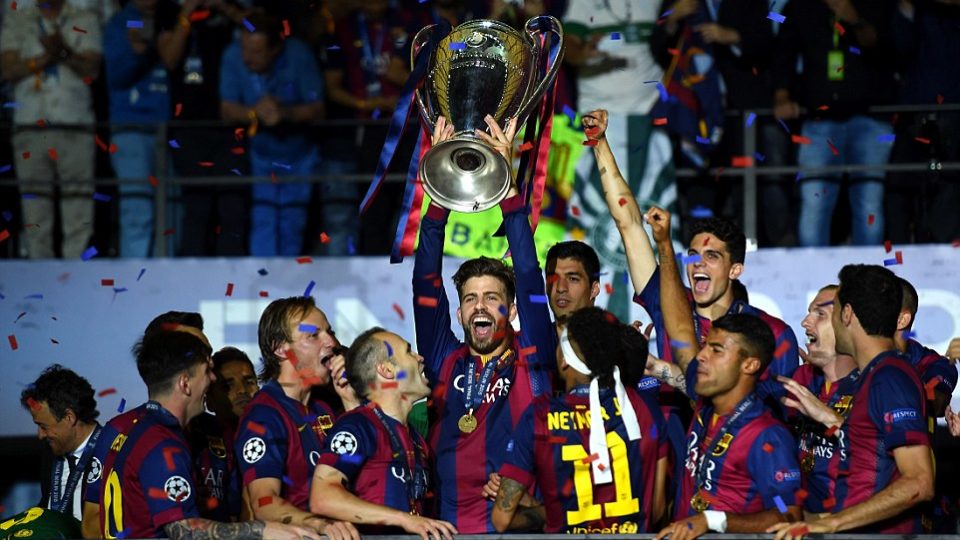 The UEFA Champions League unveiled its quarterfinal draw on Friday, revealing a host of appetizing matchups between Europe’s most elite clubs. Here are all of the ties, including a heavyweight bout between Real Madrid and Bayern Munich, and an attacking showcase in Borussia Dortmund vs. AS Monaco. Will FC Barcelona build on their momentum after humbling PSG? Will Leicester City FC’s fairytale run continue against Atletico Madrid?

These questions and more will all be answered in the quarterfinals. The first-leg matches take place April 11-12, followed by the second legs on April 18-19.

Easily the tie of the round, this contest between two of Europe’s most historically elite clubs is a must-see event. No one has more European silverware than Los Blancos (six European Cups and five modern Champions Leagues, including last year’s title), but Bayern are third (tied with Liverpool and FC Barcelona) with five trophies (behind AC Milan’s seven). Bayern are sitting pretty with a 10-point lead in the Bundesliga table and will be able to turn their full attention to the Champions League. Madrid, on the other hand, are in a much closer domestic race in Spain.
Advantage: Bayern.

FC Barcelona vs. Juventus
Barcelona achieved the greatest comeback in Champions League history when they overcame a 4-0 first-leg deficit to defeat PSG 6-1 at the Camp Nou in the Round of 16. The Blaugrana will believe anything is possible—perhaps even destiny—as they face Juventus in the next round. Juve will hope Barcelona’s permeable back line (23 goals conceded in La Liga so far) and relative inconsistency this season will offset the Spanish club’s phenomenal trident of Lionel Messi, Luis Suarez, and Neymar. The Old Lady also have a Bayern-like advantage in Serie A (eight points), but at the same time they have not faced any true blue bloods in the Champions League until now. Barcelona have been tested by PSG and Manchester City and still advanced—not to mention that they have rediscovered their swagger at the most opportune time of the season. Advantage: Barcelona.

Leicester City FC vs. Atletico Madrid
Leicester City doubled down on winning the English Premier League crown last season by overcoming Sevilla and becoming the only English team remaining in the Champions League. The Foxes will face their toughest test yet against the 2013-14 Spanish league champions Atletico, who were also Champions League finalists in both 2015-16 and 2013-14. Of all the ties in the round, this one will likely come down simply to who wants it more. Both teams feature game changing players (Antoine Griezmann, Riyad Mahrez, etc.), but grit may very well carry the day if these teams stick to their cautious defending and counterattacking ways rather than trying to open up and risk of being caught out. However, when it comes to finding ways to win at the highest level and with everything on the line, few are more skilled or experienced than Atletico.
Advantage: Atletico.

Borussia Dortmund vs. AS Monaco

Though neither side has the star power of a Leo Messi or Cristiano Ronaldo like the first two ties on this list, Dortmund vs. Monaco could prove to be the most exciting contest of the round. Monaco progresses to this round by putting six past Manchester City, while Dortmund hit Benfica with five. Both teams are deadly in the attack. Both teams have an array of young, exciting stars, like Ousmane Dembele, Kylian Mbappe, Christian Pulisic, and Bernardo Silva. Dortmund, though, have the intangible advantage of the deafening Westfalenstadion, while Monaco’s humble Stade Louis II has a capacity of under 20,000. What’s more, Dortmund have a far superior track record in the Champions League in recent years and, if Marco Reus is able to return from injury in time, the German’s will have more than enough firepower to overcome the Ligue 1 leaders.
Advantage: Dortmund.