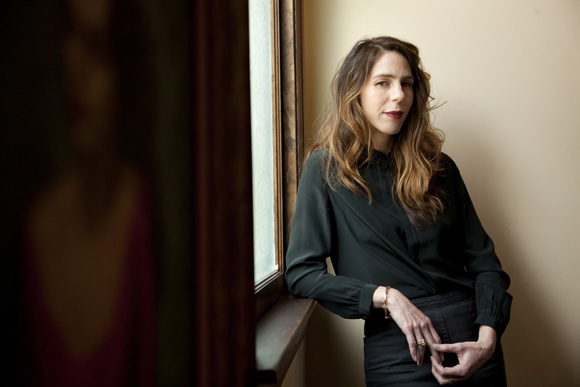 On Saturday, April 5th, poet Jamaal May journalist Jennifer Percy and fiction writer Rachel Kushner showcased showcased their new work to a large and appreciative audience at the Mill.

Jamaal May began the even with spontaneous readings from his collection of poems, Hum. “I didn’t plan what I was going to say,” he said, laughed,  and took of his glasses. “Now since I can’t see,  that makes this easy – I’ll just do the ones I know.” Jamaal delivered three poems from memory with a rhythm that resounded through the crowded room.

Jennifer Percy followed Jamaal’s readings with a few from her own book, Demon Camp, about a soldier dealing with PTSD who opens a “demon camp” in Georgia, where he attempts to exorcise the demons (his own term for PTSD) from the bodies of his fellow soldiers. Jennifer’s novel is based on her real conversations with Caleb Daniels, the protagonist of the story.

Rachel Kushner ascended the stage last. Earlier in the day, she stopped by Prairie Lights to talk with Harry Stecopoulos, editor of the Iowa Review, about her love of the seventies, the western Blood Meridian, and her most recent novel, The Flamethrowers.

The novel depicts the adventures of Reno, a young artist who goes to New York and works on a film set.  Rachel read a few excerpts from the book that evening at the Mill, including a passage detailing Reno’s first encounter with Nadine and Thurman, a married couple who bickers about Nadine’s old boyfriends and the menus in Mexican McDonalds’.  Rachel showcased a variety of voices to match each character in her reading, including a shy and uncertain voice for Reno, and surprisingly-accurate Southern accents for the boisterous couple.