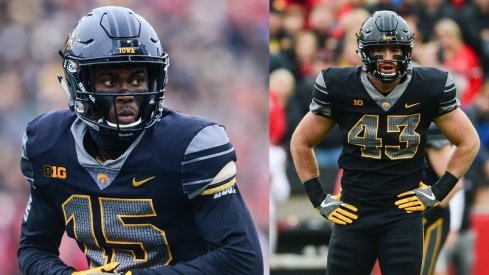 IOWA CITY, IA- Coming off a disappointing 7-5 season, the Hawkeyes have been well-represented in the college football awards thanks to the superb play of Josey Jewell and Josh Jackson. While the 2017 season proved to be disheartening–a home loss to Purdue, a last-second loss to the #2 ranked Penn State Nittany Lions, and a lack of offense against Northwestern and Michigan State–the Hawks were able to prove they had strong caliber players on the defensive side.

Linebacker Josey Jewell began the success for the Hawkeyes, bringing home the infamous Lott Impact Player Trophy. This trophy represents a player that defensively had the most impact on his team. Specifically, the IMPACT stands for: integrity, maturity, performance, academics, community, and tenacity. Jewell beat out star players Micah Kiser, Harrison Phillips, and Minkah Fitzpatrick. Now, Jewell stands among the ranks of players such a J.J Watt, Luke Kuechly, and Jabrill Peppers, who have all previously won this award. Jewell was named Lott Player of the Week twice throughout the season.