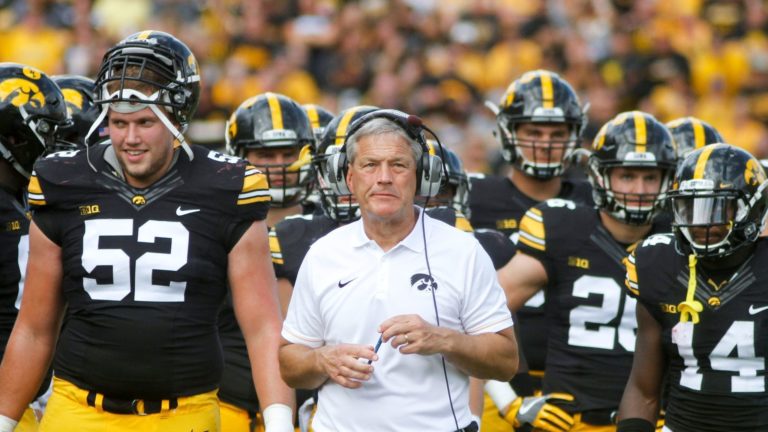 It’s the most wonderful time of the year: Bowl season.

With only one weekend remaining in the College Football season, most teams have their eyes on the postseason. At 7-5, Iowa will likely be on unfamiliar grounds this year; meaning no Insight or Outback bowl. Out of the three bowls that seem to have interest in the Hawks, only one has ever featured an Iowa team… and that dates back to 1991.

It’s worth noting that out of the eight Big Ten teams eligible for bowl season, Iowa has the second worst record out of the bunch. However, the Hawks should be able to compensate with a proven fan base that is willing to travel. For the first time in a number of years, the Hawks could be playing a bowl game outside of Florida or California… not entirely probably, but definitely possible; although I’m not sure how much of an upgrade New York would be in late December.

Without futherado, let’s check out where the Hawks could play this holiday season:

Do you love Iowa football? Country music? Do you want to go to the bowl game without spending bowl game money? Do you hate flying? Well then do I have the bowl game for you! The Music City Bowl is most definitely what many Hawk fans will be hoping to see come December 2nd. Not only is it an easy drive (about 81/2 hours), Nashville will also offer country music prominence that most Iowa fans will love.

For Hawk fans hoping for a tropical winter vacation, this bowl game is not for you. While it will be warmer than Iowa, it won’t be paradise by any means. Other than that, there’s not a ton to complain about… Nashville seems like a prime location to get the masses of Hawk fans rolling in. Look for Nashville to be monsooned with Iowa folk if the dominos fall right.

The Hawks would likely be matched up a humdrum SEC team in Nashville: either Kentucky or a the coachless Texas A&M Aggies. While this may seem favorable, I’m not sure how confident I would be going against the spread attack of the SEC. Although, it would be great for the young secondary to see.

Who wouldn’t want to visit beautiful San Diego in the dead of winter? There are not many places that could beat San Diego in terms of a destination spot for cold weather teams. This place is a tourist’s dream and is only a short two hour drive to LA. Definitely the destination for Hawk fans who want to see the warm weather.

Flying out and staying in Southern California is definitely a pretty penny. On top of that, Iowa would probably see themselves matched up with a quality Pac-12 opponent, meaning they would be closer and would probably out number Iowa fans. SDCCU stadium has a somewhat bad reputation as a venue. All of this goes without mentioning what happened the last time Iowa played in Southern California. Still stings a little.

A likely matchup in this one would be a Washington Huskies team that is only one year removed from a visit to the College Football Playoff. The thirteenth ranked Huskers would be a tough matchup for the Hawks as the load of the offense would probably fall on the run game.

If you’re a Hawk fan wanting to see a postseason win over anything else, this is your game. The Pinstripe Bowl is likely the least prestigious bowl the Hawks are being associated with right now, which would likely mean a lesser opponent. I’m not sure how many Hawk fans are dying to see NYC, but maybe I’d be surprised. Playing in Yankee Stadium could be cool, although I’m not sure how many people it could hold.

The Hawks would likely square off with an ACC basement dweller at Yankee stadium if this were to happen. I would personally root for Boston College to be the matchup as two of the country’s finest linebackers would square off (Harold Landry/Josey Jewell). On the other hand, we could also see Virginia in a game that would probably be a punter’s showcase. Let’s hope for BC or even North Carolina State.

New York in December? Better bring the Carharts, Iowa. This would be a cold one. Not to mention the Big Ten basketball tournament is set to be held in NYC a short two months after bowl season. It adds a little insult to injury when you consider this was the last bowl game Iowa State played it. It gets even worse when you realize a Greg Schiano led Rutgers team beat the Clones by two scores. That being said, this seems to be as low of a bowl game as the Hawks will fall to.