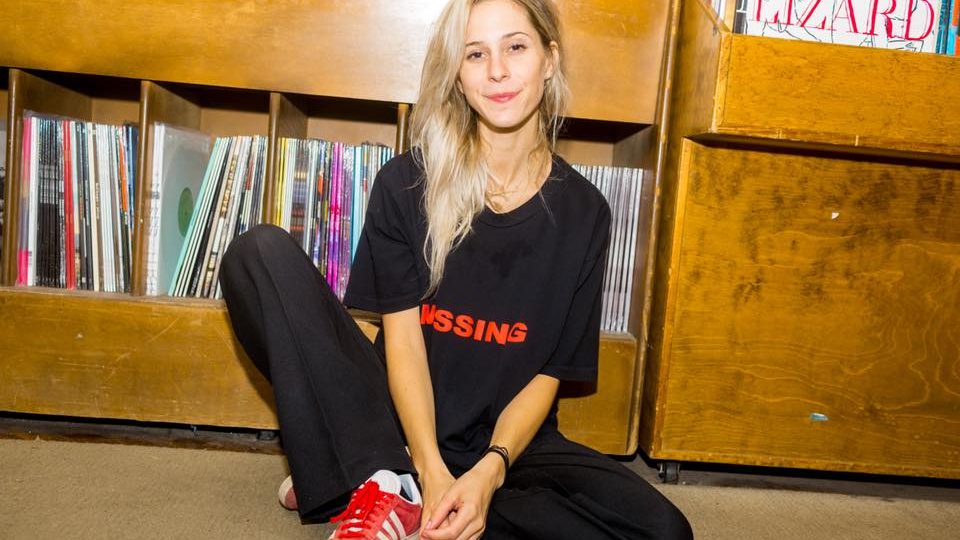 It was an ill-fated turn of events for Nashville-based Bully. A festival they were supposed to play that day had gotten rained out, and the indie-grunge rock band was about to embark on the drive back to Tennessee in order to catch a flight that was 24 hours away. The mood was, understandably, glum. They had been stuck in a tent for two hours without access to their gear, and worst of all, Bully didn’t even get to play their set. At that point, all they wanted to get was food—and the quickest cure to their hunger pangs was none other than Taco Bell.

It was there that a young man approached them and asked, “What are y’all, a band or something?”

He began pointing at each of the members—guitarist Clayton Parker; bassist Reese Lazarus, and drummer Wes Mitchell—speculating on what instruments they played. Finally, he focused his attention on frontwoman Alicia Bognanno.

Bognanno stormed out of the restaurant, much to the clueless young man’s surprise.

Bully’s tour manager looked at him and said, “I don’t know, man. I think you’re just an asshole.”

Assumptions like this aren’t exactly unheard of when it comes to young women making their name in the music industry—or any aspect of professional life—but Bognanno wouldn’t have it.

“I called the restaurant and called the guy out,” Bognanno said. “That day was already bad enough, and the last thing I wanted was to get asked that question by a misogynistic 20-year-old who probably has balls on the back of his truck.”

Bognanno worked hard to get the band to where it is today, and that effort is all the more evident in their newest record, Losing, which was released last month. In addition to being lead singer and guitarist, she also works as the band’s producer and sound engineer. Bognanno got her start in the music world as an intern at the studio run by Steve Albini, known for his work behind the boards for Nirvana’s In Utero and PJ Harvey’s Rid of Me sessions.

Lyrically, Bully’s Sub Pop debut Losing is a confessional record that discusses the transparency of heartbreak, peppered with commentary on the country’s current socio-political climate. It opens with “Feel the Same” in which Bognanno discusses the mundane activities with which she uses to numb herself from the feelings of a relationship that’s recently ended.

The melting ice cream and flowers rhythmically blooming and wilting seems jarring, symbolic even, but the band explains that there’s no real meaning behind it. Bognanno has been collecting Lazy Mom’s zines since their beginning, enjoying the manner in which “they make everyday objects into something that makes you think differently about them.”

“I like how it’s a little bit nasty,” she said.

“We told them to do whatever they wanted, but to keep meat out of it. I wanted it to be dessert focused, ‘cause I love desserts. That’s all the direction they got. It’s not supposed to mean anything, it’s just supposed to be exciting to look at.”

Other tracks like “Kills to Be Resistant” somehow manage to extract the frustration of misogyny and prejudice in one quick punch with lines such as: “When I’m around you / I try to keep my distance / I try to be respectful / It kills to be resistant.”

The process of Losing began around the time of the election of Donald Trump, and it ends with the track “Hate and Control,” which is undeniably an intentional political statement. It offers an admirable, necessary attitude for the current times: “You don’t like it when I’m angry / Tough shit learn to deal.”

Bognanno feels that addressing these topics is unavoidable.

“I mean, I’m a woman, I have ovaries, obviously I’m affected by having a misogynistic P.O.S. in office, as a lot of people are for a lot of different reasons,” she said.

And while some people might believe that musicians don’t have a place in politics, Bognanno disagrees.

“It’s stupid to me because they’re humans, too, so why should they have less of an opinion than anyone else?”

She channels this attitude into her career as a musician, which is continuing uphill. And she hopes other young women stand up for themselves too, in professional and private spheres.

“Don’t take shit from anybody. Don’t let anyone make you think you’re any less significant than anyone else. If you’re getting rewarded for something, you deserve it,” Bognanno said.

At a packed show at The Mill last Friday, this effort was evident as nearly 150 people crowded together, shouting lyrics back to Boganno and dancing to the flicker of an ice cream-shaped light onstage. A woman even went up to her in the middle of the set to shake her hand.

“For a lot of women, that imposter syndrome kicks in, and you feel like you cheated your way or maybe you don’t deserve it. That’s just not the case. I do, and everyone else does too.”

Losing is available on Spotify and Apple Music.