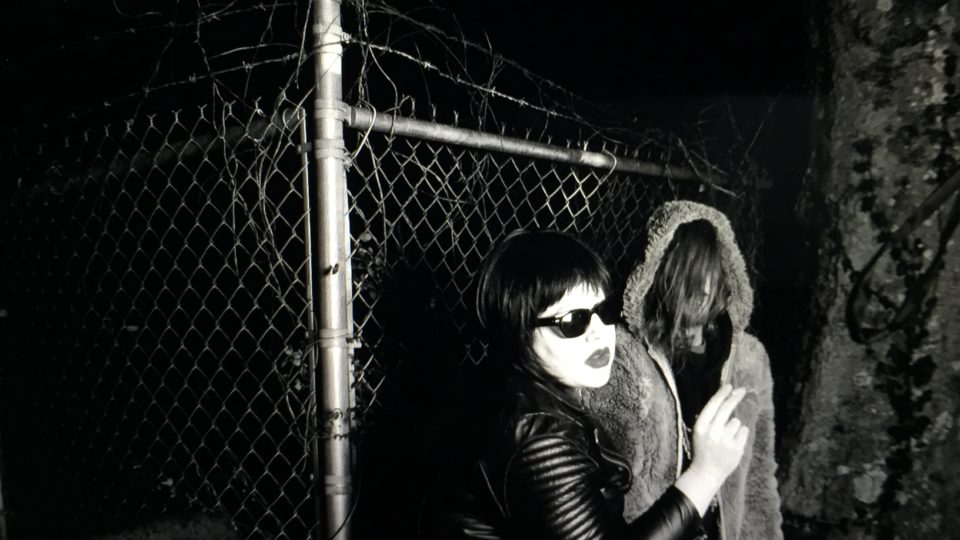 One of my favorite bands of all time is the Alabama Shakes, so when I accidentally discovered Thunderbitch in the same bin at the Record Collector in Iowa City, I was beyond excited.

Thunderbitch is a solo project released by Alabama Shakes lead singer Brittany Howard. But you wouldn’t know that by the website, or anywhere else, because the whole band (or her?) is such a mystery. That is until you press play and hear the unmistakable, powerful vocals of Brittany Howard. To add to the mystery, they all wear wigs and sunglasses, and all they really have accomplished so far is produced one self titled album with an impressive rock and roll sound.

If you’re not into real garage type rock, then this album isn’t for you. Thunderbitch is everything you love about Alabama Shakes, kicked up a notch. The guitar. The drums. The vocals. The heavy rock sound hooks you with “Leather Jacket” (low quality video here) and continues on through in jams like “Eastside Party” all the way to “Heavenly Feeling”. You’ll be playing air guitar and kicking over imaginary mic stands the whole time.

Not only does the music give you the feel of what real rock and roll is, but it’s in the lyrics as well. “Leather Jacket” one of my favorites and the first song on the album, is about how putting on a leather jacket changed her life by making her look so cool. This song literally made me want to go out and buy a leather jacket. “My Baby is My Guitar” specifically goes on about how her guitar has everything that she’ll ever need, something a true rock and roll artist would feel. All the songs on this album follow this rock and roll theme so perfectly, if you ever had to introduce rock and roll to someone who had never heard it, this album would be on the list to play.

Brittany Howard is so authentic. As a songwriter you can tell she puts her whole self into the song, and her performing them is no different. The way she clings to her guitar playing for the Alabama Shakes, or strutting around the stage as Thunderbitch, Brittany Howard was made for rock and roll and I can’t imagine her singing anything else.

Most importantly, Brittany Howard isn’t just a singer, she is a force. Everything that this album is about fits her so unbelievably well, from the guitar riffs to the lyrics describing what it’s like to live a life of rock and roll, she embodies it. Her voice reminds me a bit of Steven Tyler, with the near screeching vocals at times, but remaining unique with a soulful sound at other times. In my opinion, this chick can hold a candle to any rocker shes compared to.

Whatever Thunderbitch is, if there’s more to come or not, rock and roll is lucky to have her around if only for a while, and Alabama Shakes in between.