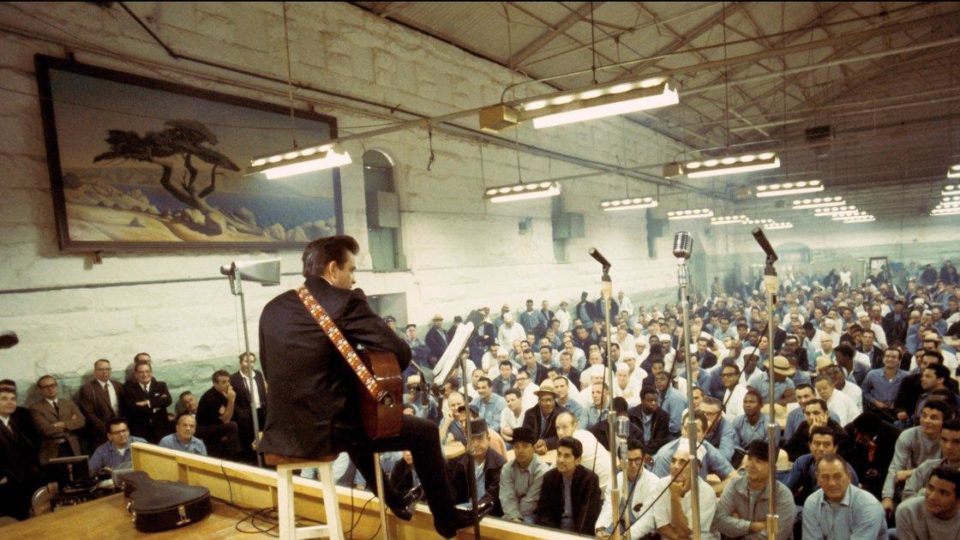 I can vividly remember listening to all of Johnny Cash’s music on repeat when I was just a young kid, my favorite Cash song always was and always will be “Folsom Prison Blues“. The uptempo folk song is undeniably catchy to everyone who listens, but it wasn’t until I got older that I learned the incredible background of the song that makes it even more of a masterpiece.

Cash was inspired to write this song after viewing Crane Wilbur’s film Inside the Walls of Folsom Prison which documents the lives and poor treatment of inmates at Folsom State Prison. Following the release of “Folsom Prison Blues” the song became a massive hit, and was wildly popular among inmates. The success of this song led to Cash receiving countless letters from inmates requesting that he come perform at their prison.

Cash was a fan of the idea, but decided to take it a step further and made the decision to record a live album inside of Folsom State Prison. On January 13, 1968 Johnny Cash, accompanied by June Carter, the Statler brothers and the Tennessee Three, visited Folsom prison for the first time. He performed two shows for the inmates that day, one in the morning and one in the afternoon. Live recordings of various songs from both of these performances were used to create his first live album At Folsom Prison.

This Folsom State Prison visit wasn’t Cash’s first prison performance. His San Quentin State performance on January 1, 1959 was the start of a long line of shows for inmates throughout his career. Merle Haggard, who was serving time for burglary, was in the audience that day at San Quentin State. He recalls “[Cash] had the right attitude. He chewed gum, looked arrogant and flipped the bird to the guards — he did everything the prisoners wanted to do. He was a mean mother from the South who was there because he loved us. When he walked away, everyone in that place had become a Johnny Cash fan.”

Haggard was correct, Johnny Cash did love them. That’s why Cash’s support of the inmates did not stop at his free performances. At this time in history prisons were facing massive issues. Many prisons offered minimal to no recovery programs to their

inmates, instead they turned to means of violence and torture to ‘control’ the inmates. Cash, like many others, were shocked by the treatment these inmates received. They believed that prisons should be offering treatment programs to these inmates so that upon their release, they are better equipped to become productive members of society. Cash became a huge advocate for the rights of prisoners and worked tirelessly to ensure that they received fair treatment. Cash who was known for his rough outlaw image, was evident in having a soft spot for the underdog.

Looking back on Johnny Cash’s career he is considered one of the most influential musicians of the 20th century and one of the best selling music artists of all time. With that much influence and fame, Cash was able to spread his concern with prison reform to hundreds of thousands of people. While the United State’s prison system is still no where near perfect, we can thank Cash for using his status to shed light on an issue that many often overlook.