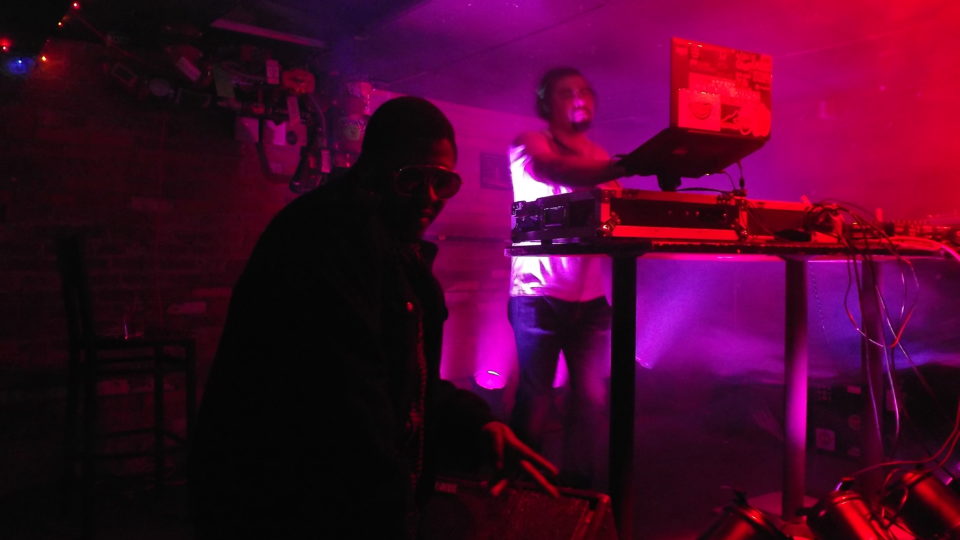 I was a teenager when the techno rave scene exploded. Not really ready for what was happening, I instead wandered into and lost myself in old-school indie rock and punk. I came around a few years later, once I finally understood what it was all about: Letting go of all inhibitions. One night while driving through the mountains, I wandered into a forest following the strange sounds and lights, and emerged the following morning a changed person.

Of course, my parents and other authority figures warned me about raves. They figured nothing good could come from young people choosing for themselves which drugs they took. Instead they told us to take Prozac and Ritalin and go to school and be good kids, rather than unifying our minds with the universal consciousness through dance, whether or not we were on drugs. They didn’t know dance and rapture are effective forms of therapy.

As with most generations, we did not really listen to our parents. We threw our raves, grew our own drugs, made our own music and music production equipment, and our music evolved so fast it became difficult to track the genres as they continually evolved. While parents and others stressed the dangers of being drugged, or losing one’s mind or becoming lost in the forest, my experience of raves was the opposite. When people would get too out of it, others would notice, give them some water, encourage them to rest, and care for them.

I know this sounds just like something a crotchety old hipster would say, but honestly you sort of had to be there. I’ve very rarely experienced that kind euphoric unification with fellow human beings and the universe itself. There was a certain feeling at those early raves that I continually look for, and occasionally find. Last night was one of those nights where I found it.

Mission: Beat is in its fourth year. The event is organized by Ben Mealhow, also known as bTsunami, an erstwhile Iowa City DJ now residing in Denver, my hometown.

The night began with Lazarus, who is from Cedar Rapids. He played a really vibey set. Still definitely dance music, it had a feeling of cool all over it. People familiar with Larry Heard know what I am talking about. There is this magic about being up tempo and simultaneously cool that Lazarus flawlessly displayed. I was very pleased with his set. But I don’t want to sell him short, either. He definitely played some bangers.

How to change from one DJ to the next is always an interesting question at shows like these, because you want to keep the vibe going but recognize the differences between the DJs and their styles as well. However, the transitions were quite smooth. They let the audience know when one performer was finished so they could be appropriately cheered, but they never let the beat die down.

After Lazarus went on, Iowa City’s own Attentat performed. I must admit I don’t quite know what genre to place him in, but I would call it straight up techno with occasional elements of house. His set was incredible. It was lit, bangin. By the time he finished, Yacht Club was filling up, and love permeated the air.

The first two DJs did their spinning electronically. But when Alala.one came on, she changed things up. Alala.one has been spinning techno for nearly 20 years, all on vinyl records. As a vinyl DJ myself, I was taken away by her ability to flawlessly mix track after track. I was also struck by the way she utilized effects, and the quirky half-smile she would sport right before dropping the hottest beat you’ve heard. After initially blending in with the style of Attentat’s set, Alala.one shook things up by hitting us with some uptempo breakbeats (to much applause).

By the end of her set, she took it back to hard-hitting techno, which paved the way for bTsunami. I have been to several parties planned by bTsunami, and they rank among the best parties I have ever attended. This is as much because of the music as it is because of the people and the vibe. It can be really awkward at dance parties. Sometimes there are creepers. Sometimes there isn’t enough room to dance. Although the ceiling at Yacht Club are too low to really allow for hoop dancing, there was always plenty of room for regular dancing, and everyone seemed to be having as good a time as I was (or better).

bTsunami’s set was killer techno with the occasional foray into deep house. The techno he plays has more of a groove to it than the usually repetitive forms of techno. By this time Yacht Club was absolutely raging. I spoke briefly with one of the best dancers of the evening, and he told me that he had not danced for years. If sets like this can make a person who has not danced for years begin to dance and shine like that, you know the DJs have done their job. In addition, someone who had been a wallflower all night finally got up and got down, and we all cheered her on.

As the set went on, the house lights slowly went up, and I kept thinking that at any time it would all be over, but it still kept going for several minutes. Once bTsunami was done, he encouraged the crowd to clear out, at which point I ghosted out of that piece.

All in all, Mission:Beat felt a great deal like those very early raves. The night was full of mutual recognition, appreciation, and acceptance. I ran into several close friends, and made several new ones. If your mind is in the right place, a party like this can be the highlight of your year. I was very happy that I happened to be in the right place in the right time in the right mindset.