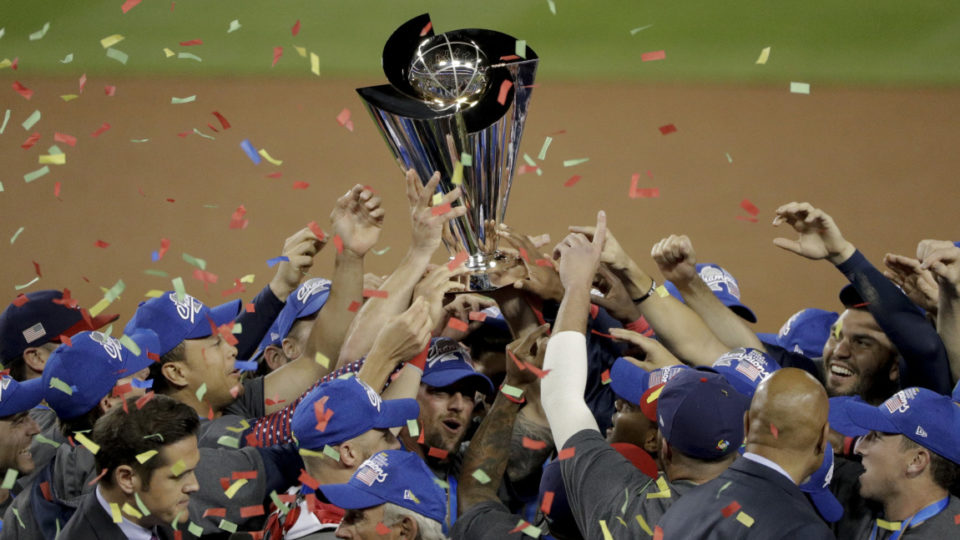 Team USA can finally scream “We Are the Champions” after high expectations to win the World Baseball Classic. It did not come easy though, as Team USA had to beat highly-skilled opponents in the Dominican Republic, Japan, and WBC runner-up Puerto Rico in consecutive games. Team USA was aided greatly by their starting pitching, going 3-1 with a 1.25 ERA in the tournament. Puerto Rico did not stand a chance against Marcus Stroman, who no-hit them through 6 innings. Some key hitters for Team USA were Brandon Crawford and Eric Hosmer, who both had an OPS over a thousand.

Overall the WBC set record highs with ratings and attendance. This year marks the first time in which total attendance for every game exceeded 1 million fans. This count was prior to the championship game, which was the second most attended game for a WBC final game with 51,565 fans.

Ratings were also at its peak in WBC history, as 2.3 million fans watched the championship game, roughly 1.4 million more viewers than the 2013 final. Speaking of 1.4 million, that is the amount of fans that tuned in to the semifinal game between USA and Japan. Yet, this was on the MLB Network, not a major network like ESPN. Imagine the amount of viewership if the games were broadcasted on ESPN or if it can ever get to a major point, FOX.

Personally, the WBC gets me foaming at the mouth. I crave the excitement, I crave the opportunity to see international players, and I crave the passion and intensity international fans bring to games. The Japanese fans brought a different ambiance that American baseball fans are accustomed. The Japanese used what seemed to be boom stick noisemakers everywhere they went and were doing an organized chant prior to every pitch. Many countries had fans with noisemakers like the ones they used in the World Cup.

Every country had multitudes of fans who brought their respective country’s flag and wore it like a cape.

In the WBC, we saw an impressive run by Israel, a team that was not only on the verge of not making the tournament, but also not expected to make it out of the first round. However, they were one game away from having the chance to play in the championship round. We saw figures like the American Eagle and the “Mensch on a Bench”.

We saw Italy make an astounding comeback against Mexico, scoring 5 runs in the 9th to beat Mexico 10-9. We saw impressive pitching performances from players we may not recognize. We saw one of the game’s best relievers in Andrew Miller blow a lead to Nelson Cruz and the Dominican Republic. We saw Adam Jones make an impressive home run saving catch sparking the U.S. to advance to the championship round. All in all, we saw a lot of international baseball history.

Hopefully, the World Baseball Classic has helped increase the excitement and importance of international baseball, especially for major league players. With Team USA winning the championship, this could bring the top-tier players from the United States, such as Clayton Kershaw, Mike Trout, and Kris Bryant to play for Team USA in future WBCs. I hope to be able to see countries allow their major-league players to play for their countries, like Cuba, who does not allow defected players to play for their country. Countries like Japan, South Korea, and China only allow a select number of players due to the tournament’s expensive insurance policy. Increasing participation for the WBC would be instrumental, as it would be one step closer to have the best of the best square off against one another.