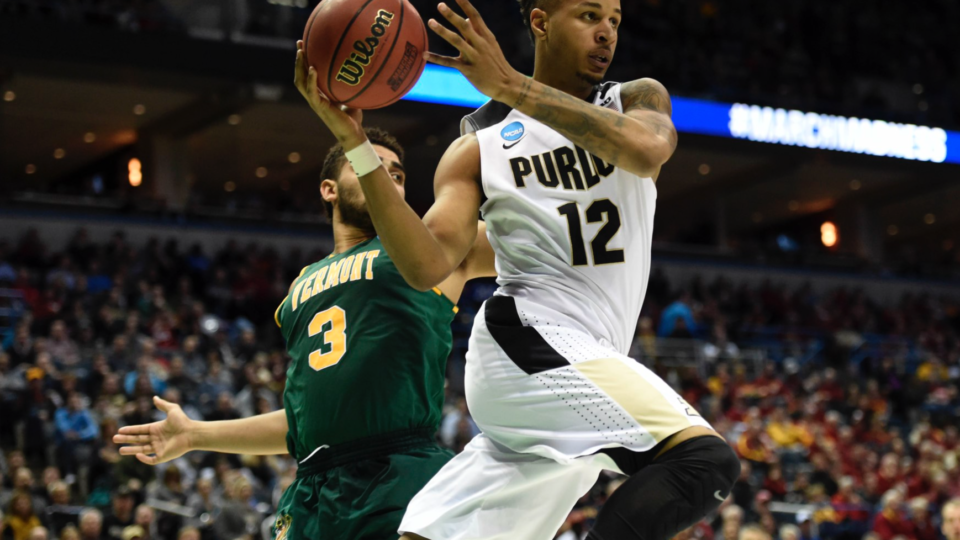 I had the chance to make the drive up to Milwaukee with my Dad to watch and take in the madness.

After paying an obscene amount for parking and slamming a couple of brats down our throats, a must, we made the trek across North 4th Street and up into our seats to watch the four games on our slate.

Butler and Winthrop, a matchup in the South Region, was the first of our four games. A slow start by both teams was quickly forgotten after Butler pushed the pace and really started to flex its muscles. Butler never trailed in the game and ended up leading by 19 at one point in the second half. Winthrop made their run in the second on the shoulders of 5-foot 7-inch guard Keon Johnson.

For me, Butler was just too strong for Winthrop and overpowered them most of the game. While Winthrop did not ever go away, the talent of the Butler Bulldogs was no match for the Eagles.

Minnesota and Middle Tennessee State was the more exciting game of the session. MTSU came out firing and was composed the entire game. They came out firing from three-point range and never looked back. Reggie Upshaw and Giddie Potts picked up were they left off from in last years tournament.

Watching Minnesota’s offense in the first half was difficult. Setting their offense up took too long in the first half and I felt that they never felt as if they were in trouble towards the end of the shot clock. Credit that to MTSU’s defense. The Gophers were playing more east-west than north-south. That is what decided that game.

Purdue came out like gang-busters in the first half. Caleb Swanigan and Isaac Haas took advantage of their height the entire game and really forced Vermont to zero in on them. In turn, Vincent Edward found himself open and filled up the score sheet for a total of 21 points.

Vermont simply did not have the size to match with the bigs of Purdue. Swanigan and Haas wore down the Catamounts bigs and propelled the Boilermakers to the Round of 32.

The nightcap of Iowa State and Nevada was flat out loud. The Cyclones have the best guards off all the teams that played in Milwaukee and it is not even close. Nevada made it competitive in the second half, but Monte Morris and Deonte Burton were incredibly efficient down the stretch.

A de facto home game for the Cyclones, Nevada fan’s came in force but the Cyclone Nation shook the Bradley Center.