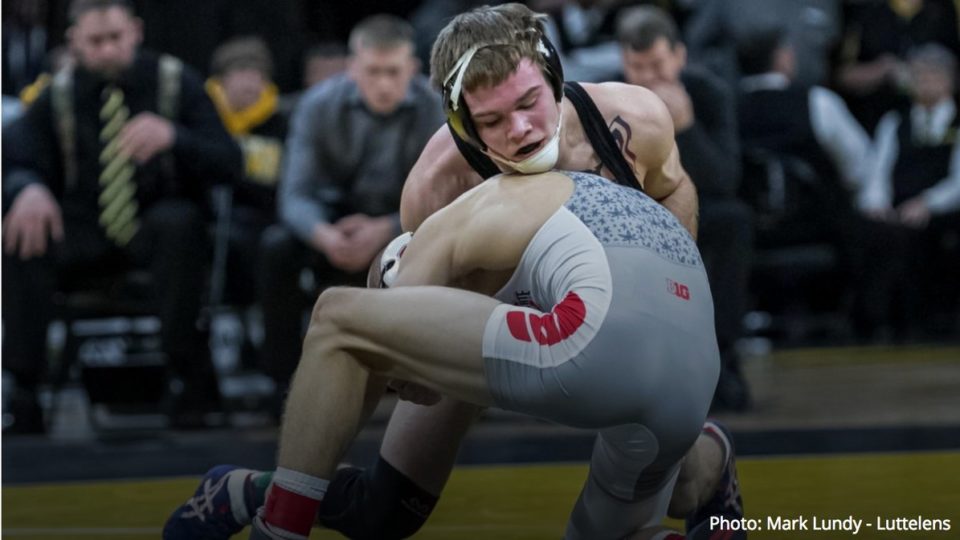 There was lots of excitement for the Iowa wrestling team last week when they beat Ohio State 21-13 on Jan. 27 after losing two meets in a row to Oklahoma State (11-24) and Penn State (11-26).This recent win brings the Hawkeye record up to 8-2 with a 4-1 record at home and a 4-1 away record and pulls Iowa up to tie with Ohio State for the third-ranked team in the Big Ten behind Penn State and Nebraska.

Senior Thomas Gilman succeeded in all three meets opening the Penn State and Ohio State meets with wins. Gilman is currently ranked as the top collegiate wrestler in the Big Ten and overall.
Other wrestlers who performed well last Friday were Michael Kemerer and Sammy Brooks who both came away from the mat with wins along with Steven Holloway who got his first Big Ten win after using two takedowns to beat his opponent 6-1. Fans can expect to see continuing success from the redshirt freshman as his career at Iowa takes off.

After a tough loss in the second tiebreaker against Penn on Jan. 20, Brandon Sorensen redeemed himself, producing his opponent, Micah Jordan’s first loss of the season. Sorensen was quoted on hawkeyesports.com saying “It’s nice to be on the other side, but here’s the thing, you’re getting talked to the same way. Win or lose that, you’re getting talked to the same way. That’s not how we want it done.”

Friday, Feb. 3, the Hawkeyes are set to compete against the Big Ten 12th ranked Wisconsin Badgers at 7 p.m. in Carver-Hawkeye Arena.