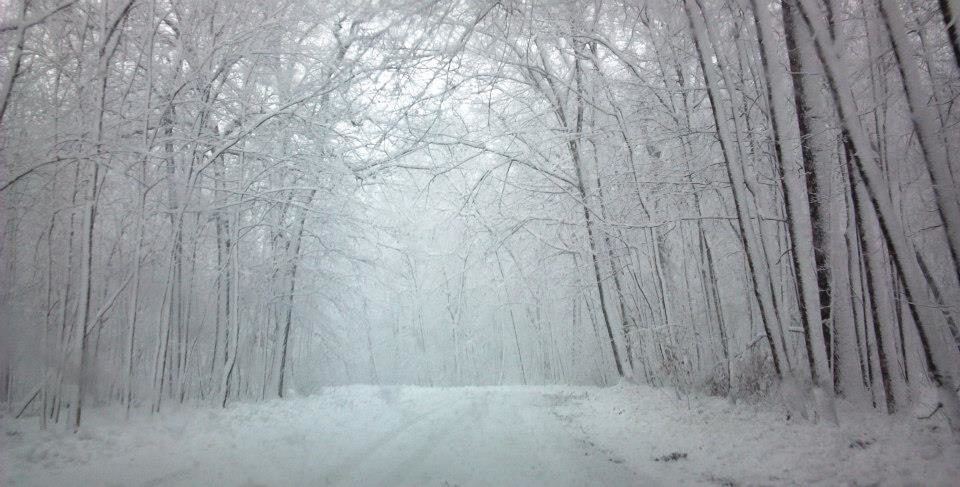 It’s been two weeks since she went missing and the police have nothing to show of it. Olivia and I sit in Helen’s Kitchen, waiting for our food to arrive.

There were flyers posted in the entryway of the restaurant and all over this side of Waupun. We even gave

Piggly Wiggly, the only grocery store in town, flyers to place in all the bags and there are posters on both sets of doors.

Logan never showed up at my place once we left End of the Trail two weeks ago. Olivia and I waited an hour for her, calling and texting her with no responses. Eventually, we went back to the coffee shop to see if she was still there, but all we found was her car with the door thrown open.

The minute we saw this, we called the police. We went in for questioning right away but ever since they let us go, we’ve been kept in the dark.

Our food arrives and we try to eat it, but everyone keeps staring at us. People always look at us with pity in their eyes. We are the friends of the missing girl. And for a small town, you can’t escape it. Once the word is out, it’s out. Nothing can get it back in.

Everyone thinks we have something to do with her disappearance–that we helped her run away and this is all a hoax. But, let me tell you, it’s not. This is real. This actually happened. One of my best friends is missing and all anyone can do is stare.

It doesn’t help that we are at the restaurant she worked at. The waitresses are all acting differently towards us. They think we know everything that is happening within the investigation, even though that’s not the case.

Olivia and I can’t take the staring anymore, so we ask one of the waitresses for the check and some boxes and we head back to Olivia’s place. I’m pretty sure everyone in Helen’s Kitchen was happy to see us leave.

Her kitchen is painted light yellow with white cabinets and wood flooring throughout. There is an island with bar stools and a little table in the corner of the room that is surrounded by windows, which is where we always sit. Her mom walks in just as we finish our dinner.

Mrs. Bennett looks just like Olivia, with her long ginger hair and green eyes. They are even of the same height. She teaches chemistry at the high school, while Mr. Bennett works for the city in the Parks and Recreation department. Even though they don’t seem like they would know much about what’s happening within the town, they usually know the most gossip. And today is no different.

“It’s a Friday night; don’t you guys want to go out? Isn’t there a hockey game you can go to?” she asks us while taking her coat off.

“Now why would we go to that? I have never been to a hockey game in my life, why would I start now?” Olivia replies.

“Maybe you should try it. Get a change of scenery. You can’t keep waiting by the phone for news about Logan. I know how important she is to you, but the police have it handled.”

“Handled? They haven’t given a single update since she’s gone missing! It seems like she low priority or something! And I’m not hanging out by the phone. I just don’t like sports.” Just then, Mr. Bennett enters the kitchen from the living room.

“Are you talking about Logan?” he joins the conversation.

“Yeah, have you heard anything yet?” Olivia asks him.

“The police are bringing in Travis Reynolds for questioning. Apparently those two have been texting and he might know something about her whereabouts. Did you guys know that they’ve been talking?”

“We knew that they’ve been talking for a while, but we don’t know what their conversations consisted of. Do you think he had something to do with her disappearance?” I ask him.

“I don’t know. But I do think he could know something that you guys didn’t. Even if it’s something basic, at this point anything will help.”

“So they haven’t found out anything else? Like possible suspects or possible whereabouts of where she is being kept?” Olivia asks her parents.

“So far, they only have Travis Reynolds. But at least that’s something right? Don’t worry, honey. I’m sure the police will have some hard evidence soon,” Mrs. Bennett says.

“Why hasn’t any of this been in the news? You’d think the news casters would be all over it,” I ask.

“I think they want to get some proof before they tell the world what they have found,” Mrs. Bennett replies.

“Or it’s just because Waupun sucks and they don’t want to try to ruin a reputation of the city which wasn’t that high in the first place,” Olivia snaps back.

“Olivia, it’s not that. They just don’t want everyone to worry about something until they can give them definite answers,” Mr. Bennett says, “Now, stop worrying. You’ll hear of something soon.”

Olivia and I relocate to her bedroom to watch The Godfather. Her parents are going out with some friends for dinner and have already left. She was chilling on her bed and I was at her desk, when I looked out the window and saw an envelope stuck to it.

“Hey, Liv, how long has that been there?”

“How long has what been where?”

“That envelope in your window, was it there when we came up here?”

“I’m not sure.” She rolls off her bed and opens the window to grab the envelope. Written on it, in black sharpie, was her name. She opens it and pulls out a scrap of paper. Written in the same black sharpie as the front, and in all caps, were the words: She’s Alive.