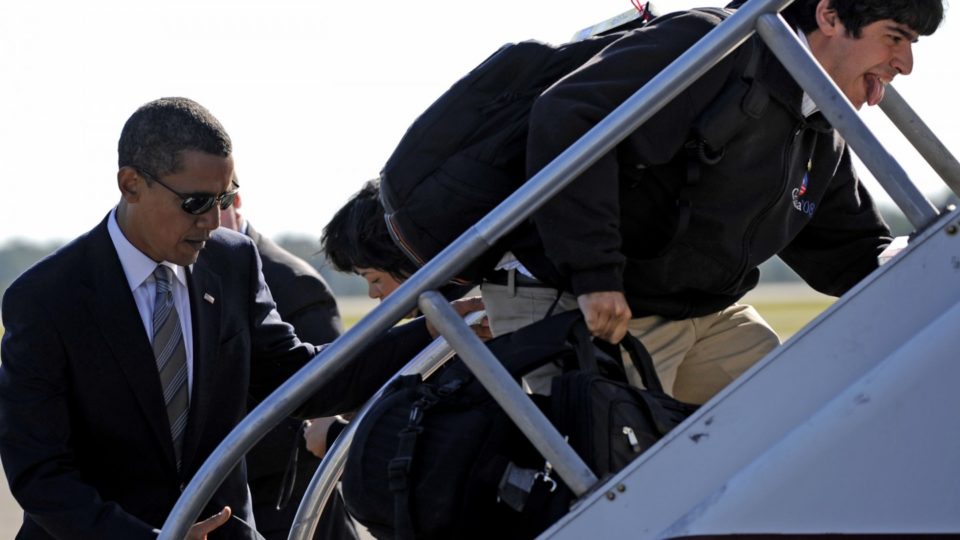 The entire world has been following the 2016 US Presidential election, now just days away from the final results. However, this wasn’t always the case. Part of the reason this nation’s politics are so globally present today is because the digital age makes that possible. So what kind of coverage does the media get of these politicians, and is it enough?

Arun Chaudhary answers this question and more as the first official White House videographer on the second day of the Witching Hour festival at the Englert in Iowa City.

Chaudhary began his speech joking that although now he’s “the most artsy guy in the White House,” he used to be “the most political guy in art school.” He then dived right into the content of his Power Point, explaining that because the digital age we live in is so different from what people have ever seen before, the way we present politics should change, too.

And he has a point – following President Barack Obama, who hired him in the very beginning of his 2008 campaign, the filmmaker has had a chance to see how storytelling works in today’s politics, and has aimed to focus less on the “sleek,” finished look of political photography and more on the backstage, personal, and human aspects of a politician. The main point with which Chaudhary led his talk was the fact that today, with all this instant access of information, people first have to care about something before they look it up. He says, “we need to make politics compelling.”

Chaudhary broke the rest of his speech into two parts, (and this is where the talk’s title begins to make more sense): Authenticity and Authorship.

The filmmaker explained that authenticity had quite a bit to do with narrative. “Put facts into an emotional framework,” he said, as he talked about the narrative he found in our president. He talked about how in order to be authentic and grab attention, he focuses not on what is happening, but about how the character reacts and changes as a response, how the narrative of a politician shows a hero’s journey.

Chaudhary also showed us his recent work as creative director of Senator Bernie Sanders’ presidential campaign, calling him “the time stamp of authenticity.” For this campaign he basically took the message Sanders was trying to relate to the American people, that “someone gives a shit about you,” (in Chaudhary’s own words), and applied this narrative for everything media. He showed us a “404 Page Not Found” video featuring the senator standing against a brick wall, telling us to “scoot” to the bottom of the page to get back to the homepage. This video is a perfect example of the narrative in authenticity Chaudhary was explaining – this nice old man cares to personally guide us back to “home,” which follows Sanders’ initial message, and there is nothing staged or fake about it.

Authorship was the next step. Chaudhary’s style is very “hand-painted,” as he said. He wanted to be sure to be as real and gritty with the public and show as much truth and “behind-the-scenes” of Obama and Sanders’ personalities as possible, and we audience members were lucky enough to learn how he did just that. As a cinema major at the University of Iowa, I took avid notes that I am going to share with you now in points:

All this takes part in Chaudhary’s definition of authorship.

I feel really grateful to have been able to experience this talk – Arun Chaudhary is a very talented filmmaker as well as a funny, charming speaker who gave me a real look at a type political media most have never seen before. I do believe that soon politics will catch up to the rest of the rapidly evolving world, and it was very exciting to see the man who did it first.

If you’re curious to see what else Arun Chaudhary has done, check out Revolution Messaging or his Tumblr page. To keep up otherwise, follow him on Twitter!