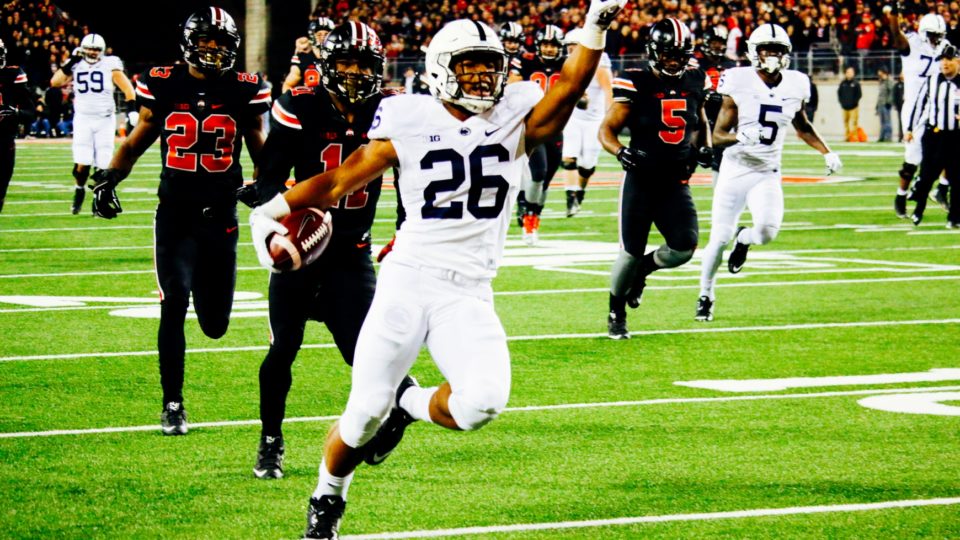 STATE COLLEGE, PA- It is a big game tonight at Beaver Stadium as the Iowa Hawkeyes (5-3, 3-2 B1G) take on the Penn State Nittany Lions (6-2, 4-1 B1G). The game has been dubbed an “unofficial whiteout” by head coach James Franklin as their last home game against Ohio State ended in an upset of the #2 ranked Buckeyes was their traditional whiteout home game.

Penn State is coming off a 62-24 drubbing of Purdue last week and is ranked #12 in the initial College Football Playoff rankings released earlier this week. The Nittany Lions still have hopes of winning the Big Ten East if they get a little help and win out the rest of the way. Here are some keys for the Nittany Lions to come out victorious tonight:

Penn State is among the Big Ten leaders in both total tackles and sacks, and Iowa’s offensive line has struggled at times protecting quarterback C.J. Beathard. The offensive line as a unit has allowed 20 sacks through eight games, while the Penn State defense has sacked opposing quarterbacks 27 times so far this year. The Hawkeyes pride themselves on winning the battles in the trenches, so this should be one of the marquis personnel matchups of the evening.

Both the kickoff and punt return teams for Penn State have been among the worst in the conference when it comes to return yardage. In what should be a close game, getting a big return and winning the field position battle could tip the scales in Penn State’s favor.

Iowa will key in on stopping the big, bruising tailback for the Nittany Lions. Barkley has rushed for 888 yards and 10 touchdowns so far this season. Both of those marks are among the best the Big Ten has to offer. Getting Barkley going will force Iowa to not stuff the box and respect the receivers on the perimeter allowing Barkley to do his thing between the tackles.