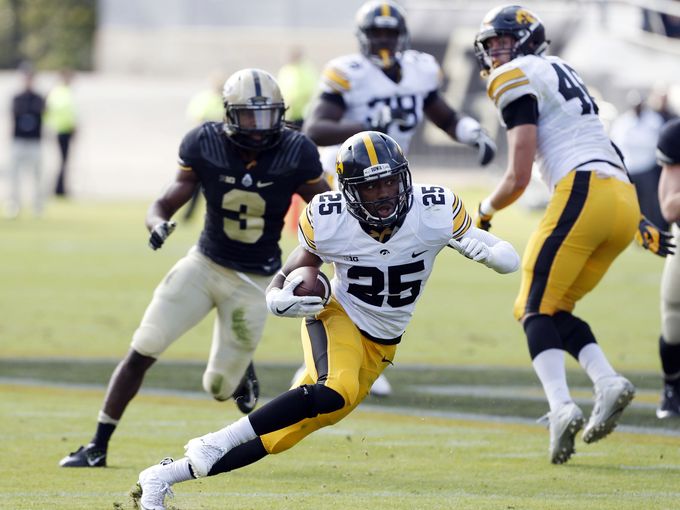 STATE COLLEGE, Pa. – We’re eight weeks into the Iowa Hawkeyes (5-3, 3-2) football season. Two of their three losses were upsets. They no longer control their own destiny to the Big Ten Championship game, entering the season as the favorite out of the Big Ten West division. However, this season still has an opportunity for it to not go into the books as a failure.

If the Hawkeyes want to turn their season around, it starts in head coach Kirk Ferentz’s favorite month: November. Ferentz, who’s 8-4 all-time against Penn State, prides himself on his teams playing their best in November. Tonight, they have a chance to show that as they play

their first of three games against teams currently ranked in the top 15 of the College Football Playoff.

Junior running back Akrum Wadley announced to the Iowa media earlier this week that he’s taken snaps at wide receiver to help the young position group out. Having him and senior running back LeShun Daniels on the field on the same time might help turn this lackluster offense into an offense with some spark.

Right now, Iowa’s games still mean something, but in order for that to continue, they need to win tonight. Stay tuned to KRUI.FM for complete Iowa- Penn State coverage.