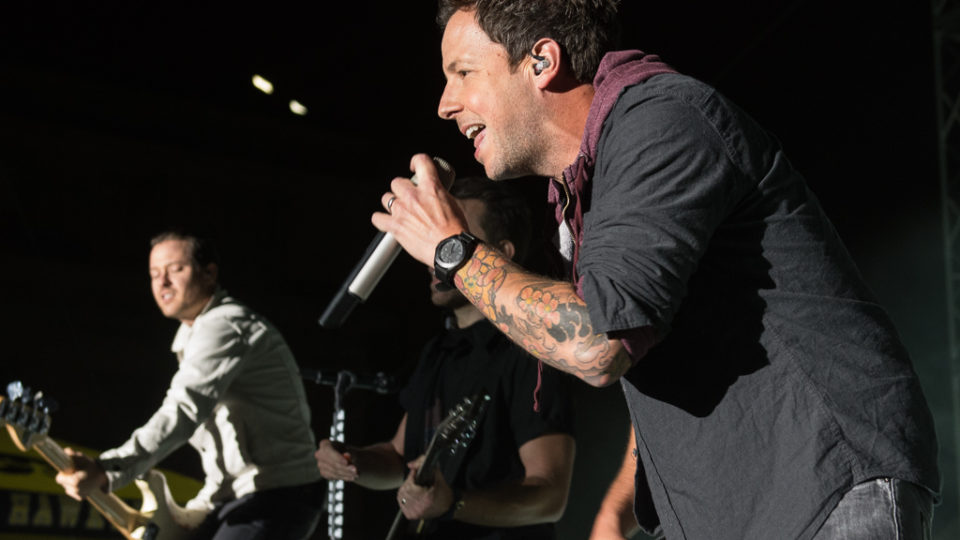 Iowa Homecoming kicked off last weekend with a free performance from Simple Plan and Wavves on the lawn of the Pentacrest.

Wavves, an American rock band from San Diego, started the night off right by getting the crowd pumped up for Homecoming. They played various songs off of their three full-length albums. While I’m not familiar with their music, it was still a fun time to see them and get exposed to some new music.

When I first heard Simple Plan was coming for Homecoming, I was a little bit confused. Usually UI likes to bring in relevant artists. Granted, Simple Plan did release an album earlier this year, however I wouldn’t go as far to say that their music reaches the masses as much as it did when pop punk was more mainstream. Nonetheless, I was excited to go. I mean hey, it was a free concert. One mustn’t pass up a free concert.

Simple Plan ran up onto the stage, coming right in with pop-punk heavy Opinion Overload off their newest album Taking One For The Team, which you can read my review of here. The crowd went wild, living in the nostalgia of the early to mid 2000s when pop punk was in its prime.

It was fun getting to hear some of their older songs from their debut album No Pads, No Helmets…Just Balls. They played I’d Do Anything, I’m Just A Kid, Addicted, and Perfect from that album.

Every emo middle schooler had the same emo starter pack: black converse, black eyeliner, and of course some select “emo songs.” It wouldn’t be a Simple Plan concert if they didn’t slow it down to play Welcome To My Life and Untitled.

Soon enough, the night came to an end, but not before the band rushed back on stage to play their encore song Shut Up!

Overall, it was really refreshing to see many different kinds of music lovers come together to celebrate Homecoming with one of their favorite middle school bands. Fans were jumping around and singing along, making it a memorable Homecoming.