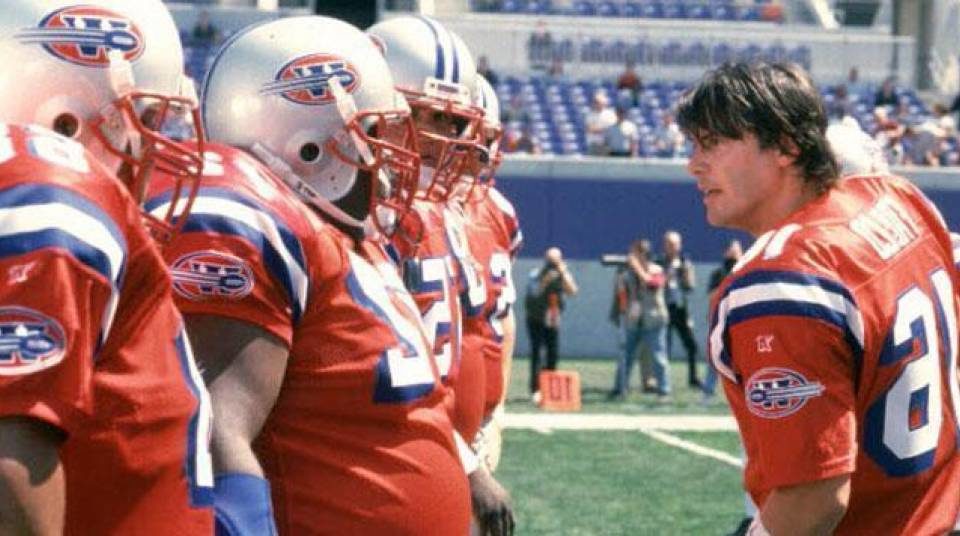 This column contains language that may be inappropriate for some readers.

My assignment of watching a movie each day this year has taken a serious blow. Professional football season has begun. I enjoy just about every major sport including college football, but when the NFL season starts, it seems that all I have time to do is either watch football, analyze football teams, or watch talking heads overanalyze football teams. Still, this movie thing has got to get done.

I could have just watched a bunch of football movies, but any of the ones worth watching are about high school or college ball. God knows I am not wasting my time writing about Draft Day. So instead I decided to look at my list of movies and see which ones resemble which teams in today’s NFL landscape. I am a bit of an asshole when it comes to football, so if I go hard on your team, sorry. Just keep in mind I’m a Detroit Lions fan.

The Dallas Cowboys are the entire modern DC Comics film franchise. America’s Team. Not a great nickname considering most people you know probably find the Cowboys and their fans to be insufferable. Year after year, the Cowboys come out of training camp as one of the most hyped teams in the league. Even when their quarterback breaks his back in the preseason and they have quite literally no defense, they are still supposed to win it all.

Just like Man of Steel, Batman Vs. Superman, and now Suicide Squad, it seems impossible for the Cowboys to live up to the hype. These movies (and the Boys) always come primed and ready to become financial successes, but no one really made sure to bother that they would be good or even entertaining. Yes, I am very excited for 2017’s Wonder Woman, and yes I still think the Cowboys will suck next year.

The Baltimore Ravens are director Ridley Scott. Both have celebrated and storied pasts. Both won their respective industries’ highest honor in early 2001 when the Ravens won the Super Bowl and Scott’s Gladiator won the Oscar for best picture. Most important of all, no one has any idea what to expect of their next effort. Scott’s last movie, The Martian, won awards, made tons of money, and was hailed as an unmitigated success. He is also responsible for instants classics such as Blade Runner and Alien. Recent flops however, like Prometheus and Exodus, have shaken viewers’ confidence much like the Ravens’ last season. Much like Scott’s recent films, the Ravens could go 6-10 with a sluggish season or 10-6 with a playoff berth or better.

Finally, my Detroit Lions are the film Requiem for a Dream. Year after year I find myself coming back to football just as excited as the year before, even though my favorite team is historically one of the worst in the NFL. They were the only team to post a winless 0-16 season after all. Much like the lives of four people who are tragically ruined by drugs in Requiem for a Dream, my world seems to come apart each fall. I keep coming back to my Honolulu Blue-clad team with high expectations that are set simply to be crushed almost instantly. The fact that I can even make a comparison between being a Lions’ fan and a drug addict shows just how bad my team is. At least I will have more time to watch movies when they start the season 1-7 and the sweet high of football season wears off.

Watch and Talk is a column that discusses movies. They are not always reviewed, but are simply talked about. Watch and Talk looks at the various cultural aspects and impacts of films.