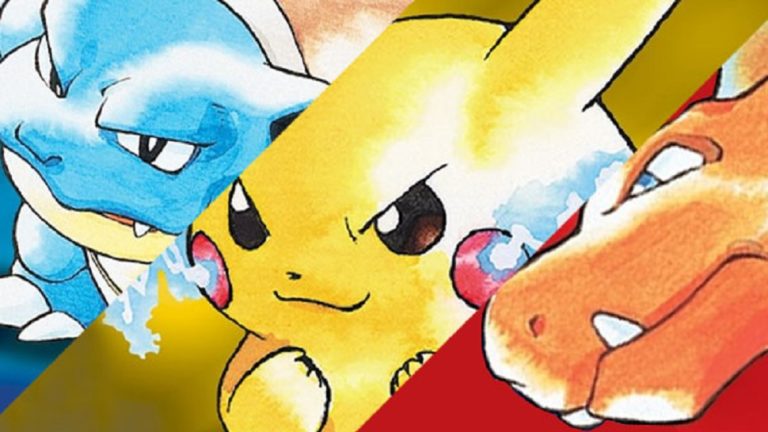 Have you been outside lately? Have you noticed anything mildly creepy going on? Like everyone staring into an alternate dimension on their phone catching little monsters? Unless you live under a Geodude, you’ve seen people playing the new phenomenon, PokemonGo. While the popularity is sure to die down, there are very distinct reasons for the game’s meteoric rise(recent struggles aside). None more important than the power of nostalgia. While young and old can be found scouring the world for pocket monsters, it is apparent that there is an odd amount of twenty-something-aged men playing the game. Clearly these guys are looking for something. Something besides the elusive Pikachu. They are looking for that feeling when they got their first version of Pokemon, when they were just a young Pokemon trainer.

Don Draper’s powerful explanation of nostalgia reveals the connection that we weird humans have to our past. Apparently that deep involvement doesn’t just revolve around our own personal histories. Looking at the recent movie or TV scene reveals a similar landscape. When every other new project being worked on is a sequel, reboot, preboot, pre-sequel, or some other crowdsourced term, it says something about our collective longing for eras gone by.

No one is immune from the pull. Since Iron Man’s 2008 release, superheroes who lived in relative obscurity have enjoyed an era of popularity unmatched by nearly any set of pop culture characters. Similarly, the rise of Star Wars films for a new generation highlights the appealing pull to film subjects we know and love. The recent X-Files series was even able to revive a show that some would argue lost some storytelling steam near the end of its run. This enthusiast attitude doesn’t only apply to loyal fanboys of so-called “nerdy” subsets of culture. Even the fast-talking, reference-blasting duo from the Gilmore Girls is drawing back devotees in droves for their new short run on Netflix.

Obviously, everyone has their favorites that they can go back to time and time again. While sometimes you can watch a movie or show countless times simply because it’s good, you may notice your personal favorites are likely to be things you watched when you were much younger. I recognize that the Mario Brother Movie is a dumpster fire and the filmic equivilent of the 2016 RNC, but there is nothing I enjoy more than popping that movie in the old VHS player and watching it with my brother. To further explore our own past favorites, my wife Erin and I each picked one of our old standbys that we can go back to time and time again. We then forced the other to sit down and watch.  Until death do us part I suppose.

Let’s get the bad stuff over with first. Erin’s pick: A Walk to Remember. If I’m being honest, it wasn’t all that bad. A Walk to Remember kicked off a decade-plus-long period of the now infamous Nicholas Sparks film universe. I must admit I have been dragged to a few of these movies on some dates. However I was a bit too young for this one during its 2002 release. Erin, however, grew up on these movies so it was a perfect fit for the nostalgia factor. For those like me who have not seen this original installment in the Sparkverse, Walk follows an angsty teen named Landon. He rebels by committing such heinous acts as being surly, leaning on lockers, and (gasp!) occasionally drinking. He meets and eventually befriends Jamie Sullivan, played by Mandy Moore in one of her earliest film roles. Long story short they fall in love, and in classic Sparks fashion, she dies at the end.

While it’s certainly no Notebook (he wrote her every day for a year!), I can see why Erin, along with countless others sees A Walk to Remember as their go-to romantic movie. It simultaneously follows all of the romance genre tropes while maintaining an extreme sense of sincerity thanks in large part to the two leads. If the movie were to be released today, I am not so sure it would be as well received. The film relies on a large boost from the fact that it came out when its main audience was younger and that it essentially jump-started the romance genre into the new millennium.

Now for the good stuff. I’m a child of the nineties, and when I think nineties, nothing was cooler than roller blading. And nothing showcased that total nineties awesomeness like 1998’s Brink. I was not a cool child. My nostalgia pick, like Erin’s, also essentially began its own era of film domination. Brink kickstarted what I like to call the Disney inspirational sports movie genre. It follows the story of Andy “Brink” Brinker and his band of Soul Skaters as they enter in blading competition against the supremely lame Team X-bladz and their leader Val.

Even though Brink is an easy target to make fun of, I would argue that there is more drawing back fans than tubular 90s lingo and sick blading action. The cast is decently diverse, even if most of the characters look like they belong in an offshoot of Nsync. The movie also follows through in its various subplots. Andy’s father was recently laid off due to injury. This point not only plays directly into the films plot, but also has its own satisfying resolution outside of the main skating action near the end of the film. If only modern blockbusters could rise to the level presented by Brink.

Serious film criticism is always welcome, but it’s OK to like something just because you grew up with it. Sometimes these movies and shows act as vehicles to take us back to an easier time. A time when we weren’t adults and didn’t have crap to do all the time. When you could eat sandwiches with no crust and people wouldn’t look at you weird. We can look for and find new media obsessions all the time. But the ones we can keep going back to are what we can always count on.