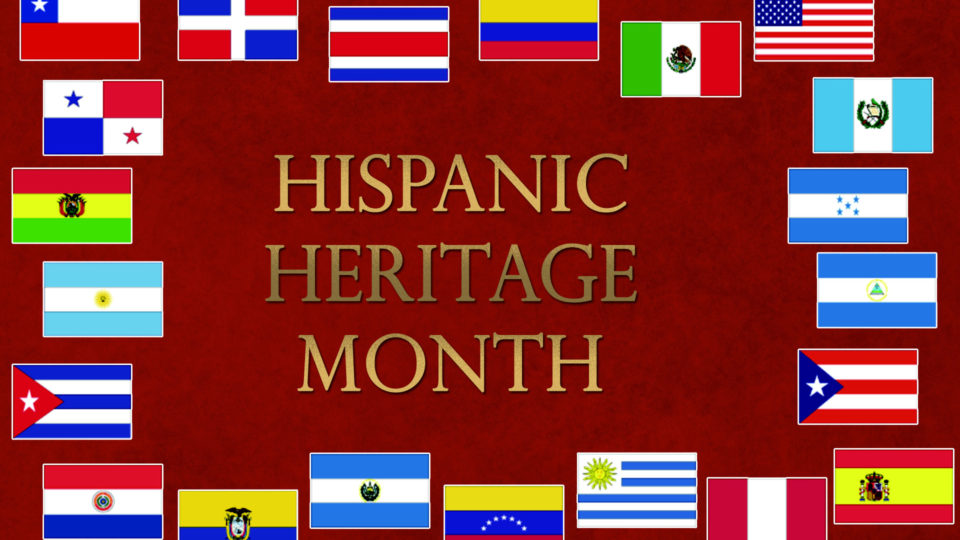 Here’s the thing. Up until a month before I started college, I had no idea that there was a Hispanic Heritage Month. Zero. Zip. Nada. Not a clue. I found out because somebody, who is white, brought it up. The conversation that happened is the one below: (WP stands for White Person).

WP: What is it that you do during Hispanic Heritage Month?

WP: You know, how do you celebrate it?

After this interaction in which a white person told me there was a thing called Hispanic Heritage Month I googled it and a whole bunch of info popped up like the stuff I mentioned above. I was surprised that Hispanics got a whole month “dedicated” to them. However, then I realized that nobody really talked about it, which was upsetting. Here I was, trying to figure out who I was and yet nobody really talked about what it was like to be Hispanic in American society. (Or maybe they did and I just didn’t have the resources.)

So, what is my whole point?

Some minorities, to use the politically correct term, are given a time frame throughout the calendar year that is “dedicated” to them. Nothing really gets accomplished though. They don’t really do anything for our groups (the ones we have been placed in due to the color of our skin and our heritage).

I googled other heritage months and these are the ones I found:

Now, some people would say, “We already give you a month! You want more?”

Why yes. Yes, we do. Aside from the fact that a single month is not enough time to celebrate an entire cultures history and traditions, let’s also think about the fact that someone who doesn’t have white skin is immediately thought to be less than (not by all, but by enough).

I want to be able to walk down the street on Mexico’s Independence Day with my Mexico soccer team jersey and not have a white male come up to me and yell, “MURICA” in my face. Like, great buddy, good for you. Fun Fact: I AM AN AMERICAN.

Why was this white man screaming the mispronounced name of my home country in my face?

Oh, right. My Mexican jersey and my brown skin color. My skin color doesn’t scream white American citizen and since I decided to join in the celebration of my parents’ home country it garnered a reaction. The reaction of a white male yelling in my face. You could argue that if I hadn’t had the jersey then he wouldn’t have yelled in my face. Maybe. But that’s the point. Am I, a citizen of the United States, not allowed to show appreciation, nay, pride for the place that my parents were born and the culture that I have grown up with? Am I supposed to disallow the culture that is responsible for the person I am simply because it makes others uncomfortable?

I shouldn’t have to hide my Mexican culture to please anybody. I don’t think a month is enough for cultures to truly celebrate the history and traditions that they have but I do think the months are good for one thing: reminding us that we shouldn’t be ashamed of who we are. At least, that’s what Hispanic Heritage Month does for me.

These months do one thing that is a positive. They get people talking; about race, about inclusion, about equality. And in this time and age, that is a stepping stone in the right direction. These months do something else and that’s getting people to ask about White History Month.

Like, why isn’t there a month for white people? Um. Maybe it’s because, and I’m just guessing here, every month is White History Month. We go to school and learn about dead old white men and how great they were. (Which in reality, a lot of them were actually really terrible.) Even in college, I have to hear about how white people are so great and we could learn from the past white leaders. Like yes, I as a colored woman totally relate to the rich white man. I mean, we’re twins.

Having heritage months for racial minorities doesn’t mean that the contributions of the white men aren’t talked about. We just need some time to remind people that you don’t have to be white to be a contributing member of the United States.

So for the dates of September 15 to October 15 and beyond, get the conversation going. Learn about cultures other than your own. Learn about the contributions of those who share a different skin color than you. Get to know someone from a different racial group. Let yourself be open to new possibilities, new friends, and new cultures.

This is the ninth article of the column titled “Living in White America.” Every month there will be a new article discussing how minorities live in America. This column will have articles dealing with anything and everything that concerns the under-represented groups of White America. This could include political and social talks. Some articles may discuss cultures of different groups and interviews with a variety of people including those of the racial majority. Discrimination against everybody but the racial majority has gone on long enough and now it’s time people get a look into the worlds of those they dislike so much.