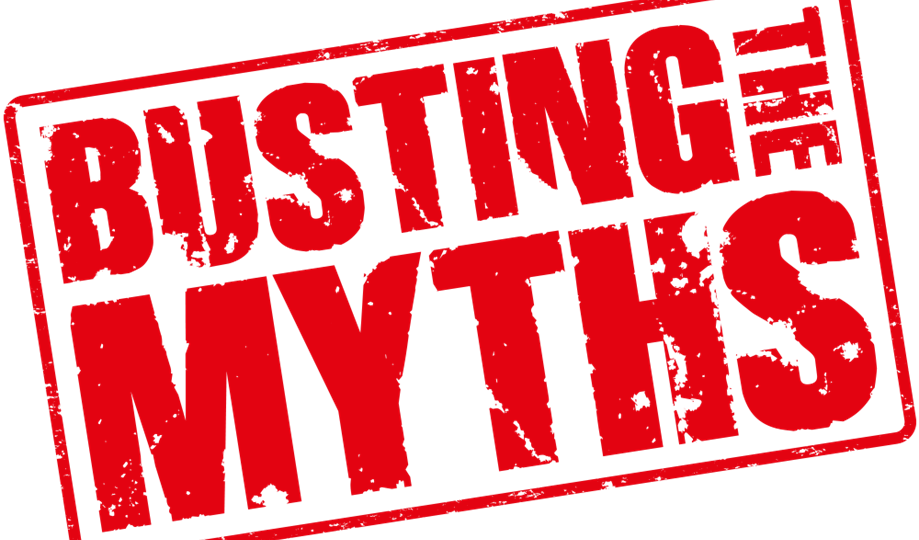 With anything in life you already have preconceived ideas and stereotypes about that topic, whether it’s a person or an object. We use these ideas (either told to us by our parents, our friends, or the media) in order to go through life. For this article, I have decided to gather five myths that people have about Hispanics and Latinos and debunk them. While this isn’t an attempt to make you feel bad about believing them, this is an attempt to open your mind. These aren’t the only myths about Latinos, but they are the most common ones heard.

Myth #1: All Immigrants are from Mexico

To a large number of people whenever they see a brown person they think, “They must be Mexican” and happily go about their day. Unless they are racist. Then they are angry for the rest of day. I’m guessing. I’ve never hung out with a racist before (for obvious reasons).

A percentage of the time, this person would be right. However, Mexicans don’t make up 100% of the Latino group (that would be outrageous). Immigrants who come to the United States for a better life are also from Cuba, Panama, Ecuador, Brazil, Peru, Uruguay, Bolivia, Dominican Republic, and many other countries that belong to Latin America. Assuming that someone with brown skin is Mexican is hurtful for many reasons.

I should also point out that not all immigrants come from Latin American countries. A number of immigrants come from European and Asian countries. The fact that some people tend to ignore this fact is disappointing. As of today the vast majority of us are descended from immigrants.  At one point or another, our ancestors emigrated from one place to another. So the next time you say or think, “All immigrants are Mexican” pause for a second and ask yourself if your ancestral family were Mexican. If your answer is no then you realize that statement is false.

Myth #2: All Latinos are immigrants

Immigration is something that has become associated with the Latino community. The majority of the year, Hispanics and Latinos aren’t talked about (to the point of being ignored) and then someone says the word immigration and suddenly it turns into a “who-can-give-Latinos-the-most-insults-in-the-least-amount-of-time-possible” game.

One key thing that people believe is that ALL Latinos are immigrants. Well I am Latina but I am not an immigrant. Before you say “well your parents are immigrants,” yes, yes they are. Both my mother and my father were born and raised in Mexico. On the contrary, I was born in Iowa City, Iowa and raised in a small Iowan town. I have been and am currently being educated in the U.S. My home country is the United States. The word immigrant means “a person who comes to live permanently in a foreign country.” The United States isn’t a foreign country to me. Therefore, I am not an immigrant. The children of Latino immigrants aren’t immigrants by default.

Myth #3: All undocumented immigrants are Latino

Myth #4: All Latinos look the same.

This one makes me laugh all the time. Reason? Look at this photo.

Not only do (white) people say that all Latinos look the same but also that all Asians look the same. So I hear that and then I see this. When I looked at the top left picture I thought Matt Bomer was on there twice. He’s not. Or maybe he is to be completely honest I’m still not 100% certain if he is or not. Which basically proves my point. I think a majority of people who share a similar heritage background tend to have similar features and I’m not denying that some Latinos do tend to have similar characteristics but that doesn’t mean that ALL Latinos look alike. As an example look at these pictures below and pick out the Latina.

If you only picked Sofia Vergara, who is of Colombian decent, you are 1/3 correct. The other two? They are also Latina. Sara Paxton’s mom was born in Mexico and raised there. Alexis Bledel  has both Mexican and Argentinian heritage. To be honest, I didn’t know Alexis Bledel and Sara Paxton were Latina until I looked at the Huffington Post’s article titled 27 Celebrities You Didn’t Know Were Latino, which goes to show that we shouldn’t make judgments based on people’s looks.

In my March article, titled Difference in Spanish Dialects , I mentioned that the term, Hispanic, is in reference to language (aka Spanish). Latino is in reference to the geographical location of a country aka south of the United States.

*GASP* As children of native Spanish speakers we are put into English-speaking schools, with English-speaking classmates, where the only language spoken is English (sometimes Spanish, but it’s done mockingly). Some native Spanish speakers then decide that they aren’t going to teach their children Spanish in order to help them fit in better with U.S. society. Thus while this child is a Latino or Latina they may not speak Spanish.

Conclusion: Myths about a culture or a group of people are typically false. It is our job to research and discover the truth of certain myths. While these five myths aren’t the only myths that Latinos have to deal with, starting with these is a good start.

It’s important to get to know others for who they are as a person and not by the color of the skin. While that phrase has been uttered countless times its still important. Some people (white) may think there is no racism. A little secret: even if you don’t see the racism outright, it’s there. It’s underneath the surface and with it comes stereotypes and prejudices about others whose skin isn’t white. Hearing others out and ignoring the myths is something we ALL need to work on if we want America to be great.

P.S. Notice how I didn’t put “again”. Taking into account U.S.A. history when was America was great? When Christopher Columbus stepped off his boat and murdered thousands?

Or how about when millions of people were forcibly taken from their native country and forced into slavery because the white man was too lazy to do his own work and they were deemed as inhuman so that the white man could justify his reasoning for slavery?

Or after being freed of slavery, the same group of people was still deemed as inhuman and weren’t given civil rights? Something they still struggle with today!

There are other instances in history in which the moral landscape has changed to accommodate it for the white man. When has America ever been great? The myth that white is better has torn this country apart from the moment that Columbus “discovered” America. In order for America to FINALLY be great we MUST listen to each other and we MUST debunk the myths we have of others.

For a great read, check out James W. Loewen’s book Lies My Teacher Told Me. It will be worth your time and it will open your mind, I promise.

Check out these 5 scary myths aka the scary monsters Latino parents use to scare their children into behaving. Some of these I had no idea about which goes to show that even though Latino cultures share similarities we have our differences. Enjoy!

If you want to express an opinion or idea or give me a topic about Hispanics/Latinos you want discussed feel free to contact me at laura-jaime@uiowa.edu

This is the sixth article of the column titled “Living in White America.” Every month there will be a new article discussing how one immigrant group, Hispanics/Latinos, live in America. This column will have articles dealing with anything and everything that concerns Hispanics/Latinos, this could include political and social talks. Some articles may discuss a culture of a different Hispanic/Latino group and interviews with a variety of Hispanics /Latinos will be added as well as interviews with non-Hispanics asking for their opinion. Discrimination against Hispanics and Latinos has gone on long enough and now it’s time people get a look into a world they dislike so much.